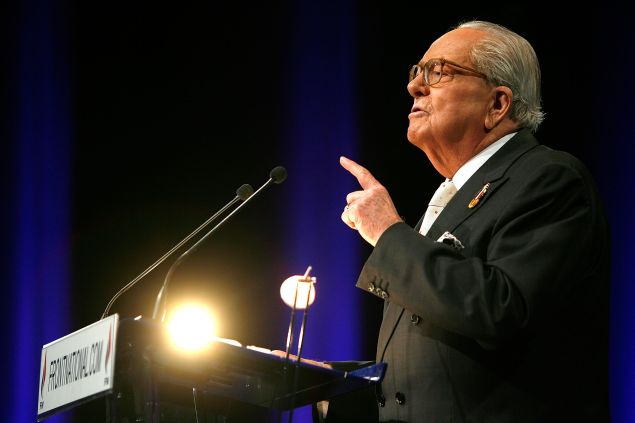 PARIS—Last month, a French court convicted Jean-Marie Le Pen, founder of the far-right National Front, of violating the country’s hate crimes laws for calling Nazi gas chambers a “detail of history.” Previously, Mr. Le Pen charged former prime minister Jaques Chirac of being “on the payroll of Jewish organizations, and particularly of the B’nai B’rith.” The list of his anti-Jewish statements could go on.

But the National Front’s long history of anti-Semitism has not stopped a new Jewish organization from forging an unlikely alliance with the increasingly anti-immigrant party. The Union of French Jewish Patriots will, in the words of its founder, Michel Thooris, “fight to improve the quality of life of French Jews and to avoid that France becomes nation that is judenrein—without Jews.”

This goal, he says, makes the National Front into a natural ally, given the party’s positions, such as the virtual ban on immigration and an end to open borders with other European Union member-states, which intend to stem an influx from the Middle East. Under the leadership of Mr. Le Pen’s daughter Marine Le Pen, the far-right political party has tried to distance itself from the elder Le Pen’s legacy of anti-semitism—last summer, Ms. Le Pen suspended her controversial father from the National Front.

Mr. Thooris, who criticizes the administration of François Hollande for enabling “the growth in power of radical Islamism and of terrorism,” serves as an advisor to Ms. Le Pen on police issues. He recently helped to organize an unprecedented visit of one of the party’s top brass, Louis Aliot, to Israel.

‘Jewish voters do not need to respond to jihadist extremism with the extremism of the extreme right.’

While based in southwest France, the group plans to hold meetings and public forums throughout the country.Mr. Thooris said they also plan to meet with French Jews who have moved to Israel.

French Jews are in an increasingly precarious position. Aside from the hostage crisis at a kosher market last January and the 2012 massacre of three children and a rabbi at a Jewish day school in Toulouse, they suffer many small-scale bias crimes, including street assaults and vandalism of synagogues. Earlier this year, the Jewish council of Marseille warned Jewish men to refrain from wearing kippot in the street to avoid becoming targets of violence. The number of French Jews emigrating to Israel more than doubled between 2013 and 2015.

Mr. Thooris dismissed the idea that the party’s own longstanding reputation for antisemitism could prove a problem in attracting Jewish votes in next year’s presidential election, which Ms. Le Pen announced she will compete in. “When anti-Semites are detected within the National Front,” he said. “They are excluded by Marine Le Pen so things are clear and don’t present any particular difficulty.”

Gerard Unger, Vice President of the Representative Council of Jews in France (which Mr. Thooris said has “confiscated the voice of French Jews”) said Jewish voters “do not need to respond to jihadist extremism with the extremism of the extreme right.”

Despite the ousting of Mr. Le Pen, the party’s representative to the EU, Bruno Gollnisch, was convicted a decade ago for comments implying that the existence of Nazi gas chambers could be in doubt.

However, recent polling numbers suggest Jews, like other French voters, have become more receptive to the National Front’s message.

The polling and marketing firm IFOP found that while just 4 percent of Jews voted for Jean-Marie Le Pen in 2007, his daughter earned 13 percent support among French Jews in the first round of the 2012 Presidential race.

The former head Rabbi of France, Gilles Bernheim, who has previously called on French Jews to oppose the National Front repeated his position when asked about the Union of French Jewish Patriots: “Even if Ms. Le Pen were closer to Jews,” he suggested, “what she says about other minorities, notably the way in which she treats minorities, is incompatible with Jewish values.” 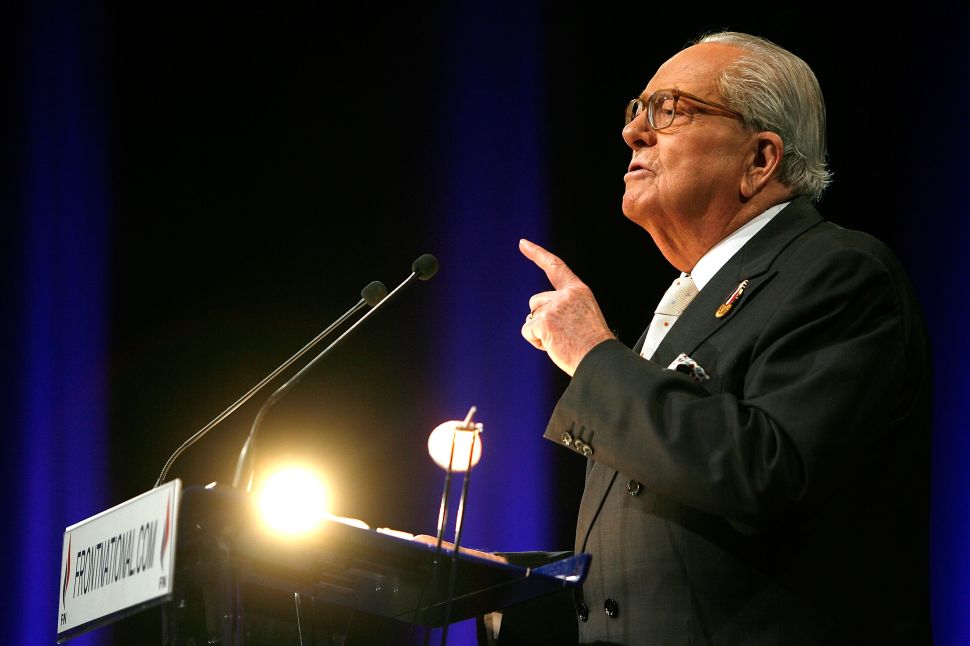