Normally at this point in the election cycle I wouldn’t write anything about Texas Sen. Ted Cruz since he dropped out of the presidential race, but because I can make a point about him and Hillary Clinton—who’s still running—I’ll ask you to forgive me.

And despite Ms. Clinton’s continuous reminders that she’s a woman running to be the first woman president, she didn’t even win West Virginia women. She only got 38 percent of the women’s vote and 35 percent of the men’s vote. Mr. Sanders, meanwhile, won 53 percent of men and 50 percent of women.

It is believed that Ms. Clinton’s downfall in the state had much to do with her attitude and comments toward coal jobs. Ms. Clinton won the Mountain State over then-Sen. Barack Obama in 2008, but thanks to her comments and the Obama administration’s perceived “war on coal,” voters in the state are skeptical.

During a campaign event in early May, an unemployed coal worker named Bo Copely asked Ms. Clinton: “How you could say you are going to put a lot of coal miners out of jobs, and then come in here and tell us how you’re going to be our friend?”

Ms. Clinton apologized for her earlier remark, but the damage had been done. Unfortunately for Ms. Clinton, she got a taste of what Republican candidates get all the time—a remark taken out of context and used against a candidate. In this case, Ms. Clinton had made a comment about coal during a March CNN town hall. Journalist Roland Martin had asked her why poor white people should vote for her.

Ms. Clinton avoided the question, first by talking about how Republican presidential candidate Donald Trump is “dividing people” but then immediately talking about coal.

“So for example, I’m the only candidate which has a policy about how to bring economic opportunity using clean renewable energy as the key into coal country. Because we’re going to put a lot of coal miners and coal companies out of business, right?” Ms. Clinton said.

She went on to say: “And we’re going to make it clear that we don’t want to forget those people. Those people labored in those mines for generations, losing their health, often losing their lives to turn on our lights and power our factories.”

But only the first part of her remarks—the part about putting coal companies out of business—seemed to reach West Virginia voters.

This routinely happens to Republicans. Former Florida Gov. Jeb Bush was a regular target of the media taking quotes out of context to make a candidate look bad. Most famously, Mr. Bush’s response to a shooting massacre on a college campus. During a long answer about government not being the solution to everything, Mr. Bush said: “Look, stuff happens and the impulse is always to do something and it’s not necessarily the right thing to do.”

The liberal media ran with that line as if Mr. Bush had been directly asked about gun violence and he began his remarks with “stuff happens.”

This is what happened to Ms. Clinton in West Virginia. Realistically though, she has supported President Obama’s coal policies that have led to lost jobs and higher electricity costs.

So why did I start this article by mentioning Mr. Cruz? Because while Ms. Clinton’s harmful remarks about coal hurt her in West Virginia, Mr. Cruz was able to win the Iowa caucus despite taking on ethanol, the favored industry of the Hawkeye State.

Normally, Republican presidential candidates pander to Iowans by suggesting that even though subsidies are bad, subsidies for ethanol are necessary. Mr. Cruz went into the state and explained to voters—in detail—his view on ethanol.

It wasn’t just that Mr. Cruz opposed the renewable fuel standard, but he met with the ethanol lobby and learned about the issue. He then explained to Iowa voters that the Environmental Protection Agency’s “blend wall” was actually keeping ethanol down, and that if it were removed, ethanol makers could increase their market share and wouldn’t need to be dependent on Washington.

Ms. Clinton, on the other hand, didn’t explain in detail how she would actually transition coal workers into renewable energy fields (because those careers aren’t exactly interchangeable).

Mr. Cruz found a limited government solution to a problem and he explained it well. Ms. Clinton made a grandiose statement about finding jobs for displaced coal workers without saying what those jobs would actually be or how she would accomplish that (those coal workers would need education and training and supplemental income during the transition phase).

It’s how Mr. Cruz was able to win a state while opposing one of it’s main sources of incomes while Ms. Clinton lost a state doing something similar. It’s a lesson in how to stay principled without losing support. 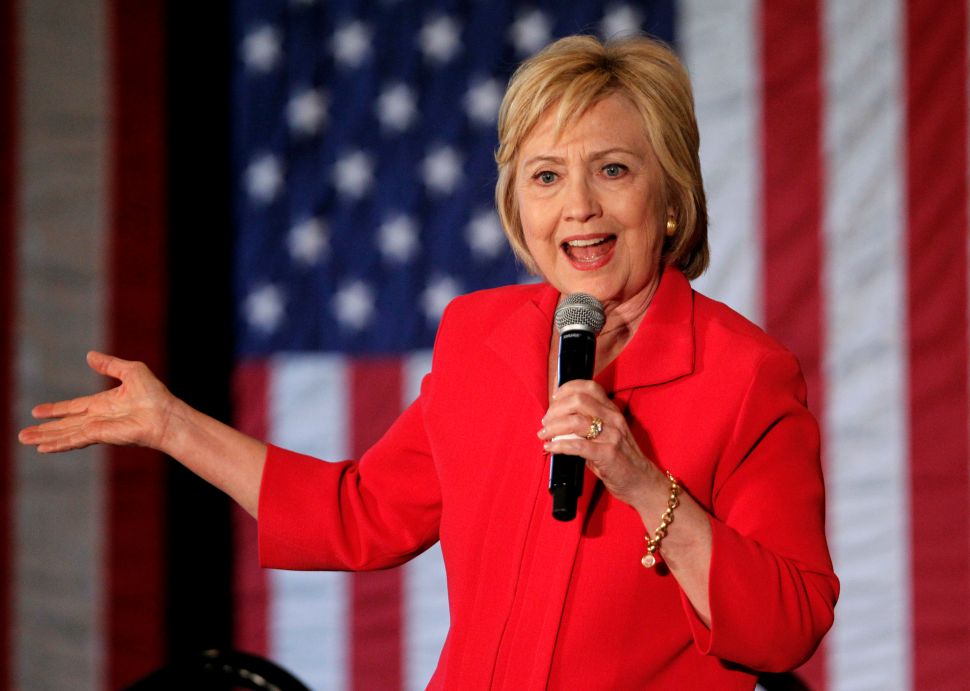