Brits of a certain stature often resist opening up to interviewers.
Chris Anderson, the curator of TED, was no exception—at least for the
first few minutes. Initially, he just touted his new book TED Talks:
The Official TED Guide to Public Speaking and occasionally peered out
his office window at the Hudson River, but the 58-year-old idea
impresario soon looked his interlocutor in the eyes and showed his
playful side. When asked if he identified more with Yoda or Captain
Kirk (he’s been compared to both), he chuckled and launched into a
worthy impersonation of the diminutive Jedi: “There is no try.”

You write that you are not naturally a great speaker, who says “um”
and “you know” far too often. Any tips to eliminate those common
flaws? Part of it is simply being aware of them, recording yourself
ahead of a talk and seeing which bits go wrong so that instead of
filling in, you just pause instead. Audiences will forgive a lot, so
long as you take them on a journey—building the idea in their
minds—with authenticity and with the right clarity and the right
humanity and the right humility, you’ll probably be effective.

You previously served as a magazine editor and publisher. Did your
storytelling skills from print seep into TED’s online videos? In
journalism, the first thing you learn is to get people’s attention
quickly and efficiently. Every story needs a great intro. Likewise, in
a talk, we encourage speakers to start strong. So many talks begin,
“It’s really tremendous to be here. I’m so grateful to all of you,
thank you…” People, admittedly, are stuck in their seats, they can’t
get away at that point, except that they can; their minds can wander,
they can pull out their iPhone, and once they’ve done that, they’re
gone. The audience will actually thank you not to thank people.

“Really?” with a question mark said in the right tone of voice is powerful feedback.

If you could listen to one TED talk, and only one, which would you
pick? Oh boy, probably David Deutsch—one of TED’s hidden gems. In part
of the talk, he says you should inscribe two tablets, one with the
words “problems are inevitable” and the other with the words “problems
are solvable.” And I think it’s a very nuanced way of thinking about
what true optimism should be.

Which TED talk influenced how you manage your company? A speaker last
year spoke about allowing employees to schedule their own work hours
and vacations. So we implemented a version of that in the form of
“Learning Wednesdays.” We said, “We’re a learning organization, so
every other Wednesday, it’s yours, do with it what you want. Just
learn something.” At the end of the year, come in and share it with
the rest of us in the form of a TED talk. It’s still in progress, but
you discover co-workers have sides that you never knew.

You founded the magazine Business 2.0, which succeeded wildly, then
failed mightily. Did that collapse spur success? Business 2.0
succeeded and failed because it tracked the excitement around the
internet very well, so for a brief moment of time in ’99, it was an
idea whose time had come. Then it crashed and burned with the NASDAQ. At the time
it failed, my journey as an entrepreneur had very largely been up and
to the right—one success after another. So it’s easy to drink your own
Kool-Aid and get overconfident. In most success stories, there’s a
huge element of luck. Never forget that, and know that success may not
last forever.

Who stops you from drinking your own Kool-Aid now? My daughters, my
wife. They’re pretty good at telling me, “Really?”

“Really?” with a question mark said in the right tone of voice is powerful feedback.

You dedicated your book to your late daughter Zoe. What did you learn
from mourning? You get surrounded by a choking, gray fog that sucks
the life force out of you. She would not have wanted that. This was a
young woman full of life—demanding, difficult sometimes, but full of
life and so generous. So, if you can take that energy, and that joy,
and that sparkle, and that inspiration, and carry it forward and let
it inspire you to do the next thing, then, at least to me, it’s very
meaningful to say she lives on. And that life, although it was cut
absurdly short, has consequence. TED, in part, is what it is today
because of her energy and inspiration. 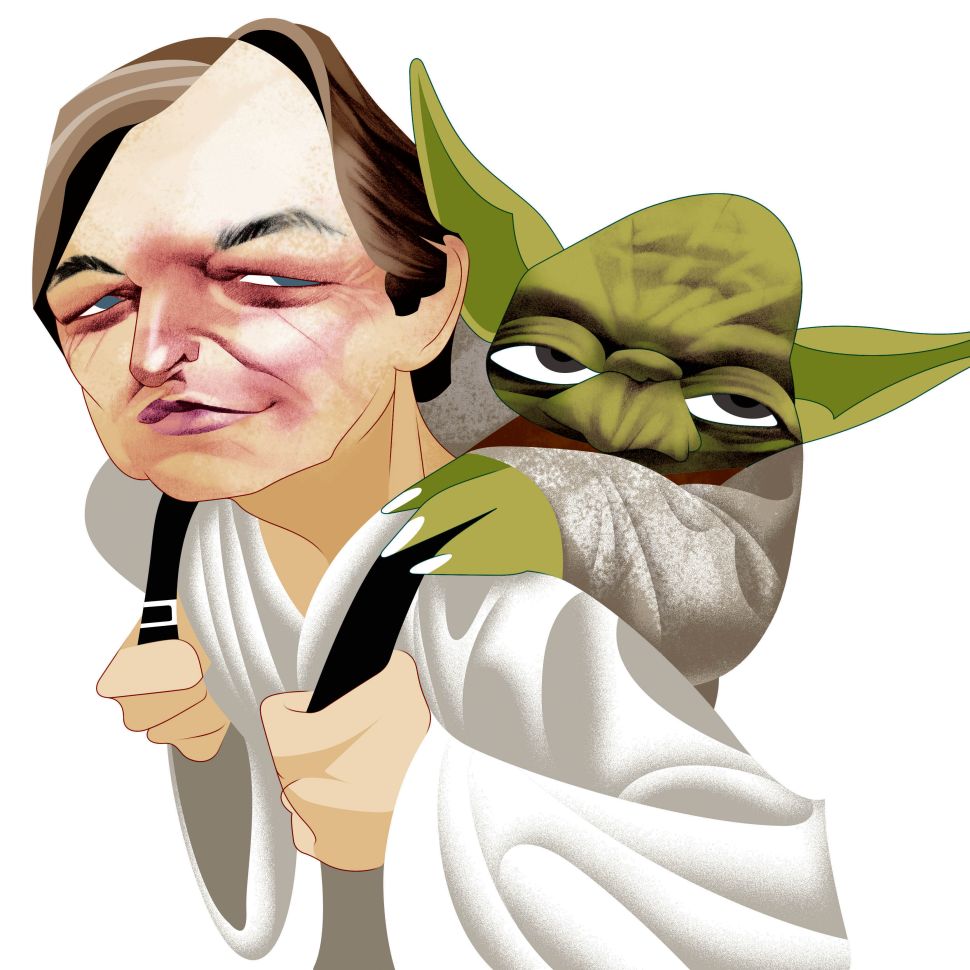