It got ugly on The Americans last night. Literally. Their marriage pushed to its limits by the circumstances surrounding Martha’s departure, Philip and Elizabeth Jennings’ masks of suburban/Soviet sexiness slip, revealing something fearsome and repellent. When Elizabeth (consciously or not) dismisses Martha as “simple” in a misguided attempt to empathize with Philip over her extraction to Russia, his face sags into a sneer. “She wasn’t simple….She was actually very complicated. People underestimated her.”

“Apparently,” Elizabeth deadpans back, irritated to have so obviously touched a nerve in the man who’s supposed to care about her a whole lot more than he cares about Martha. The look of loathing on his face as he departs is more severe than when he first got ahold of that disease-infected dead rat, and it resurfaces when Elizabeth later mocks his beloved EST seminars as a money-making scam: “I get a lot out of it, and that’s what matters.” “Are you?” she sneers, with a look of condescension that should be familiar to anyone who’s reached that point where, fuck it, you’re really gonna tear into something the person you love loves in turn. Before long they’re screaming at each other about the people they’ve loved behind one another’s backs in the past, but their faces tell the story themselves.

Yet Elizabeth saves her most baleful visage for her daughter. Discovering that Paige has blown off Bible study with Pastor Tim and Alice because, given the stress of their shared secret, it’s hard to “get in the mood” to be open and honest, her mother orders her to get in the mood. “We’ve been trying to be nice to you,” she barks, “trying to forgive you for what you’ve done” — as if Paige committed the real crime, not the parents who spent a lifetime deceiving her. “I can’t control how I feel,” Paige responds, exasperated to have to explain a plain truth. “You can control what you do,” Elizabeth says, with the clipped cadence of a military officer, “and from now on you are going to.” With mounting fury, she issues instructions to an increasingly cowed and cowering Paige — that she must see Tim and Alice every day, that she must go to all their activities, that she must come up with whole new activities to go to, that she must issue full reports to her parents on everything they say and do every single time. “Thanks to what you did” — and by now she’s shouting, her face a fiery red, veins bulging, eyes wild — “that is all that stands between us and this family being destroyed!” A look in the mirror might lead her to the conclusion that it’s too late.

The destruction of other people is a near-constant presence in this episode. It’s impossible to imagine how Paige will recover from the pressure of being told, by her parents, that it’s her fault they’re in danger, and her sole responsibility to keep them out of it again; I’ve seen people in real life undone by far less extreme cases of emotional role-reversal. Frank Gaad, at least, has a comfy retirement as a world traveler with his wife to fall back on now that Martha’s treason has ended his career at the FBI, but end it she did; in a cast that’s been stellar from top to bottom this season, Richard Thomas has stood out for portraying Gaad’s realization of his own inevitable demise with a sort of low-key “don’t that beat all” fatalism. (“Well…I don’t collect stamps.”) And even as Elizabeth’s almost sincere friendship with the hilarious Korean immigrant Young-Hee deepens — she escapes from Philip’s moodiness by going to the movies with her just for fun, they movie-hop, they crack jokes about the Mary Kay bullshit they peddle — it’s juxtaposed, in unsparing brutality, with the fate of Lisa, the weapons-plant worker Elizabeth previously flipped. The deception drove both her and her abusive husband back to alcoholism. He stole all their ill-gotten money and ran off with another woman. She’s given her kids to her sister to spare them the sight of her disease. She begs “Shelly” to go to the police with her and report what they’ve done, insists upon doing it solo when Elizabeth’s alter ego refuses. Elizabeth bashes her in the head with a bottle, and the last we see of her is her moaning on the floor as her supposed friend approaches her with a shard of glass in hand.  They destroyed this woman’s life, then ended it, leaving her children orphans. For this, they earn a vacation from Gabriel, who’s decided they simply can’t handle any more pressure. He cares about them the way they care about their children, and the way none of them care about anyone else.

The great exception to all this ugliness: Martha. Stonefaced in the silent run-up to her small-hours departure from a remote airfield, she warms up as she and “Clark” say goodbye. She encourages him not to be alone, and responds to his suggestion she do the same with good humor, and with a promise to try. Her incongruously jaunty ponytail bouncing prettily, she enters the plane and stares back at Clark through the window as he tears up. She looks beautiful, beatific even. Then she’s gone, free of this, free of him, though never really free again. The title of this episode was “The Magic of David Copperfield V: The Statue of Liberty Disappears.” 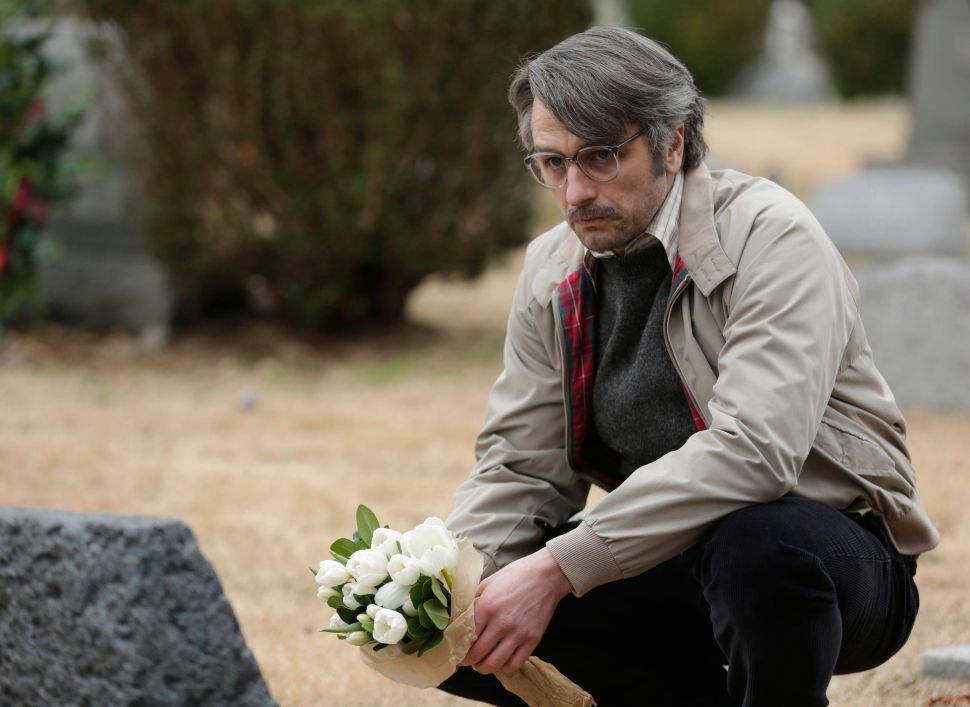