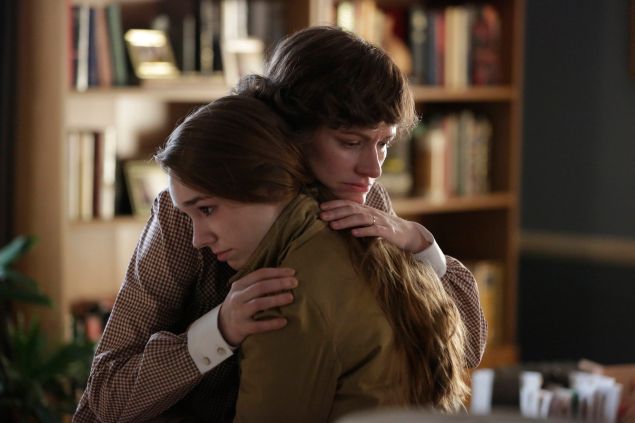 Every week, The Americans plunges its cold hands into my chest and squeezes my lungs a little tighter. For such a quiet show, the tension each new episode generates is simply remarkable; the tone, rhythm, and volume level may be totally different, but the series’ suspense is currently on par with the likes of Breaking Bad Season Four, and it’s closing in on the equally self-assured menace of late-season Sopranos to boot. All this from asking the same simple questions over and over, with absolute unblinking clarity: How long can Philip and Elizabeth Jennings get away with doing this, and how many people will they do it to along the way?

“Munchkins,” this week’s installment, explores these questions with straightforward contrasts designed to highlight the hypocrisy that has made the Jennings’ lives both immoral and untenable at their core. The most dramatic development is the disappearance of Pastor Tim during his famine-relief trip to war-torn Ethiopia, a Soviet client state whose turmoil would provide a natural cover story should the KGB have chosen to orchestrate his untimely demise. That’s his very pregnant wife Alice’s understandable conclusion, and she shows up at the Jennings’ house, furious and desperate, to let them know a letter outing them as spies will be sent to the Justice Department if he isn’t found alive, or if anything happens to her in the meantime. Paige, too, can’t help but suspect her parents’ involvement, despite their (sincere, as it happens) protestations to the contrary: “Even if it were, that what you’d say, right? You have to…How would I know? Tell me, how would I know?” Even Philip wonders if the Centre could have acted without their knowledge or approval, though Elizabeth shoots the idea down, presumably with the logic that defying them so flagrantly would make them less effective operatives.

The frightening thing here isn’t how safe it is for everyone to assume Pastor Tim was a victim of foul play courtesy of Paige’s parents (including her parents themselves), but how easy it is for them to issue blanket denials that their agency has ever or would ever do anything like this. “You think we kidnap people, and what, that we kill them?” Elizabeth asks her daughter indignantly. Yes, you fucking asshole! Yes, you do that over and over. “Who are you gonna lie to?” Paige demands later, when, over the incessant THUNK of Henry hitting a tennis ball against the garage door outside, her parents introduce the idea that they may have to flee to another country. “Who are you gonna make disappear?” The preceding scene, of course, was one in which Stan Beeman and his partner Agent Aderholt have a beer with the father of Martha Hanson, whom Philip helped to disappear just a couple episodes ago.

Eventually, the good news gets out that Pastor Tim isn’t dead or kidnapped at all: He’d simply run out of gas and gotten lost trying to find his way back to his home base. This defuses the situation enough for Elizabeth and Philip to have another of their bullshit heart-to-hearts with Paige. “The hardest thing we do in our jobs is trust,” Elizabeth tells her daughter. “But the one thing your dad and I have is that we always tell each other the truth.” “And now that we’ve told you about us, you’re part of that,” he adds. She continues: “We can’t always tell you every detail about our job, but we will tell you what we can.” “And we won’t lie to you,” he concludes. There is no way, none at all, that this is true, and they know it. As Philip puts it to his teenage quarry Kimmy using his James guise when she tells him her father revealed his job as a CIA agent to her, “It’s a secret, and telling it breaks your father’s trust. It could bring you and your dad together, but only if you keep it.” Absolute honesty is a one-way street for these people, designed to make their children loyal servants, placing the burden of keeping secrets on them and thus making them complicit in the lies they tell. You can see the effect of this sort of reversal of responsibility on Paige’s face when Alice collapses in her arms, sobbing with relief at her husband’s return. Children should not be made to parent a parent.

Even Elizabeth, long the more fanatical of the two spies, is reaching her breaking point. Her faked liaison with her friend Young-Hee’s husband Don is slowly destroying her beautiful, funny family, reducing her usually standup-comedy-level good humor into tearful pleading on the phone for “Patti”’s help in figuring out what the hell has gone wrong with her marriage. Presented by Gabriel with the possibility of seeking out other avenues to get the bioweapons codes she’d been planning to extort from Don, Elizabeth hesitates at first, but ultimately says “yes,” the word that ends the episode. She sees now that some forms of intimacy, like her friendship with Young-Hee or Young-Hee’s bond with her husband, are too pure to exploit. If only she’d seen that when she tasked her own daughter with issuing regular reports on the state of mind of the man and woman who gave her teenage life a sense of purpose and power.

The lonesome death of Frank Gaad is saddest breach of trust of them all. Stan’s post-racquetball smalltalk with Philip about how his nice-guy boss retired to a Thailand vacation leads directly to the man’s downfall, as a trio of middle-management KGB agents break into his hotel room to make him an offer, most likely attempting to leverage him against the martinet “munchkins” who’ve taken over his department since his departure. Gaad, who as played by Richard Thomas this season has been a powerful portrait of a decent guy who almost literally can’t believe how indecent other people can be, runs, gets tackled through a glass door, and bleeds to death on the floor as his opposite number murmurs apologies. When Stan gets the news from Aderholt, he stands there in shock, his teary eyes downcast and far away. It’s a beautiful moment for actor Noah Emmerich, who like every performer on the show has delivered a haunted, restrained performance every week. In those eyes you can see the waste summed up by a distraught Arkady’s characterization of the botched mission back in the Rezidentura in the previous scene: “An operation didn’t go as planned. Maybe it should never have been planned in the first place.” Maybe not. Maybe none of it should. “It’s possible for people like us,” Gabriel tells Elizabeth, “who give everything to our country and the world, to forget ourselves.” That’s just it: If they remembered themselves, there would be no people like them at all. 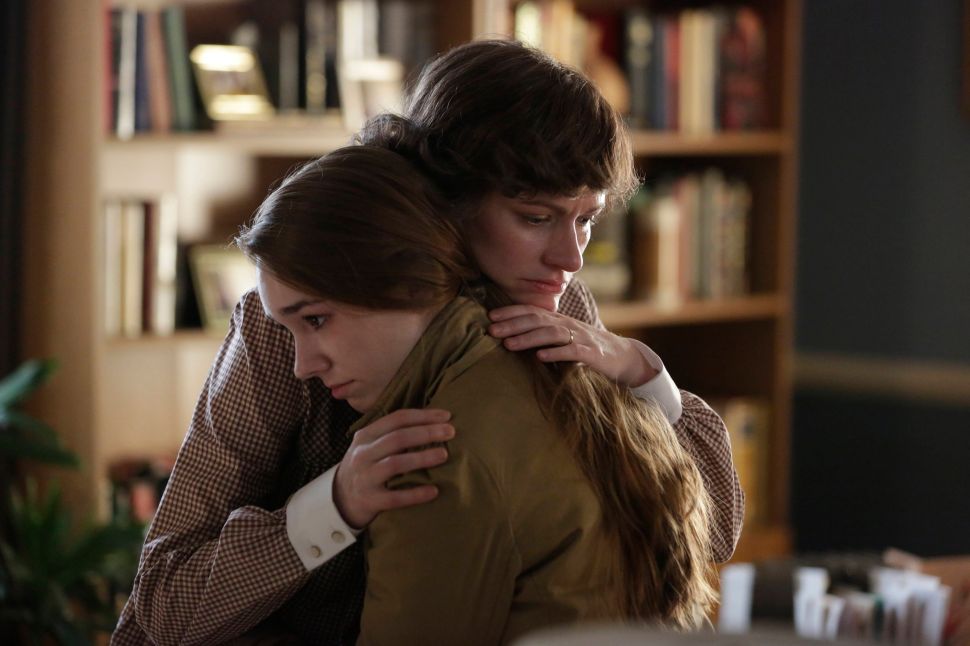