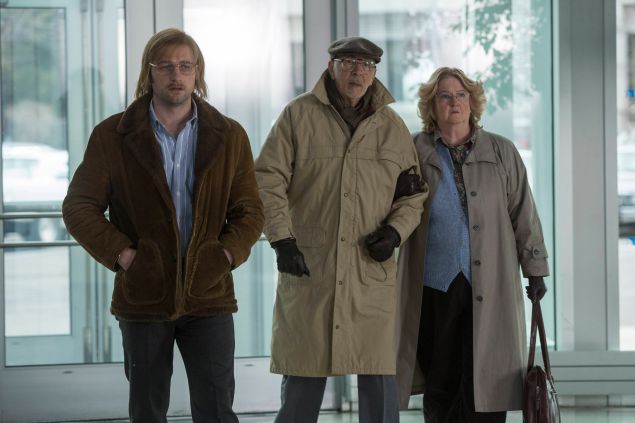 Professional wrestling jargon is a gift to the thinking student of politics and pop culture. How could I understand Kanye West’s post-808s and Heartbreak career without the concept of the heel turn? How to comprehend the mutually beneficial feud between Republican presidential candidate Donald Trump and Republican news network anchor Megyn Kelly without kayfabe? And how to get a handle on “Dinner for Seven,” the penultimate episode of The Americans fourth season, without attempting to answer the question: In the aftermath of her betrayal of Don and Young-Hee, is Elizabeth’s warming-up to Pastor Tim a work or a shoot?

If it’s the former, Elizabeth is playing up her emotional turmoil in an attempt to further win Pastor Tim and his very pregnant, very paranoid wife Alice over to her family’s side, following Tim’s traumatic disappearance and his wife’s resultant threat to expose their espionage activities should anything unfortunate befall him. Stopping by the church early or unnecessarily to pick up Paige, swinging by the office, casually addressing the big questions about faith and family, asking in that for-a-friend way what a person who can’t stop thinking about something should do about it — if it’s a work, these are no more than the next steps in the plan that calls for Paige to report on all her church activities, and which led to the titular dinner following Tim’s return and his and Alice’s profuse apologies for her actions.

If it’s a shoot, however, Elizabeth is heading in the same direction as Philip with his EST training. After all, she is legitimately upset about having to betray her friend — not just a target, an actual friend — Young-Hee and her hapless husband Don. She calls up the Centre’s hotline just to listen to distraught messages from the woman, wondering where her friend “Patti” could have gone, wondering why she doesn’t call, knowing all the while she can’t possibly call her back. She asked Gabriel to come up with another solution, was crestfallen when the request was rebuffed, looked aghast when she found out that the fake sex, the fake pregnancy, and the fake suicide she staged did not yield the access codes the KGB was seeking. Maybe she really did feel like she “was coming apart.” Maybe she really is grateful for how Tim’s ministry has given her and Philip something to help them understand their daughter. Maybe she really is moved by his guileless message that “all that matters is how we treat each other.” Given her and Philip’s behavior, she’d be a better person if she were.

But maybe I’m asking the wrong question here. Maybe the issue is not whether this is a work or a shoot, but whether the Jennings are capable of separating the two at all. Their entire life is a sort of worked shoot, a blend of real and fake, sincere and calculated, heartfelt and coldhearted. Last season, when Philip was distraught by son on the Afghan front and Paige’s religious faith, he combined the two in character by asking his teenage target Kim to pray with him for his estranged boy. When Elizabeth had a real fight with Philip, she turned to her target Young-Hee for a real evening of bonding to take her mind off of it. She may not correct Paige when her daughter says “you pretend to forgive” Tim and Alice for the trespasses, but that doesn’t mean her attempts to reach out to Tim regarding her distress aren’t in some way a legitimate cry for help, any more than a legitimate cry for help wouldn’t also be useful spycraft.

In fact, the nature of their behavior may well be unknown even to them anymore, because they have no way of predicting how it will be processed and instrumentalized by their all-seeing, all-knowing minders. When his friend and neighbor Stan shared his old boss Frank Gaad’s vacation destination over racquetball, Philip submitted this information as part of his regular reports. It led directly to the man’s murder, which horrifies Philip as Gaad’s unintentional Judas, and as someone who, despite himself, cares about Stan’s well-being. But it also played poorly for the KGB, since it simply redoubles Stan’s conviction that the Soviets are monsters, and likely that of his fellow agents as well. It’s a failure on both a personal and professional level, neither of which Philip could have predicted when he typed up his report.

There’s also no telling when and where the universe will call for a command performance. When Elizabeth and Paige are accosted by two homeless men in the parking lot outside the church’s food pantry, the older woman instinctively turns one of the attackers’ knife on himself. killing him before her daughter’s horrified eyes. In all likelihood, this use of her spy-derived skills saved their lives, or at least protected them from severe trauma — but it shattered the illusion Elizabeth had studiously maintained that her work for the USSR was non-lethal. By far the broadest, least subtle scene of the season — the assailants look like they stepped out of a Batman comic — it left me wishing there were a more organic, or at least less corny, way for Elizabeth to have broken kayfabe in front of her daughter that dramatically. But the break is still a crucial illustration of the dilemma the Jennings find themselves in, day in and day out.

In this episode, only Stan manages to cut through the multiple layers of deception and legitimately shoot straight. Meeting with Oleg, his contact at the Rezidentura, the visibly exhausted FBI agent tells the man he’s under pressure by the Bureau to blackmail him. As he rattles off the names of people close to him who’ve fallen victim to the Soviets — his partner, his lover, his boss — it seems like he’s building up the head of steam necessary to do exactly that. But he alludes to the revenge killing he himself committed after his partner’s murder as well, and that’s the tell. “I don’t want you on my conscience too,” he says. “This is the last time we’re gonna see each other. That’s what I wanted to say.” He extends his hand, Oleg shakes it, he withdraws it and drives away. Oleg watches, eyes glistening, adam’s apple bobbing as he swallows back…fear, relief, confusion, admiration, who knows. He just watched a guy walk away from a potential crowd-pleasing victory since it would come at the cost of his conscience. That’s not something any of these people have seen in a long time. 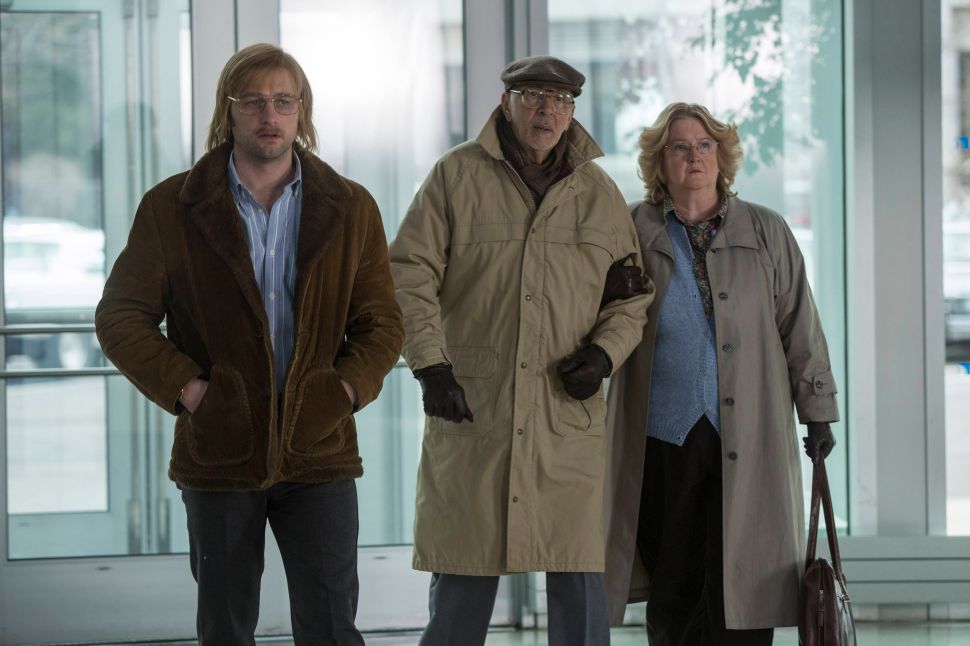