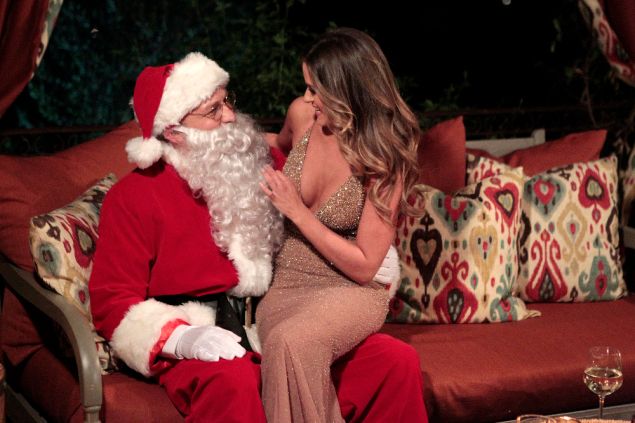 What comes after love? For Joelle “JoJo” Fletcher, an unexpected verbal reciprocation of said love, a heart-pulverizing rejection, four months playing coy about her dating status, a nationally televised airing of the aforementioned rejection, and then the offer to inflict the same fate on at least 25 hopeful suitors.

Which brings us to last night’s premiere of The Bachelorette. It’s been two months since her anointment—performed by Chris Harrison with the tears of lovelorn, heavily spray-tanned women, no doubt—and now America finally will see what transpired during JoJo’s tenure as ABC’s resident rose-doling empress.

Before embarking on her primetime journey to love, JoJo gets a crash course on what to expect courtesy of three of her predecessors: Ali, Desiree, and Kaitlyn. These women run the gamut of possible positive outcomes of the show: Ali’s no longer with her pick, Roberto, but is engaged, pregnant, and parlayed her popularity into multiple show biz gigs; Des married her final rose winner, Chris, and they’re expecting their first child; and Kaitlyn, last season’s Bachelorette, remains lovingly committed to both her fiancé Shawn and her Snapchat account.

These passing-of-the-torch chats are normally pretty dumb, but this one actually had a breezy, genuine quality to it. The women talk about dealing with nerves, kissing on the first night, how to tactfully reject someone, and deciphering between love and lust. Ali advises that if JoJo immediately falls for someone, she should ignore him for a week. Her reason? To stay open to other possibilities. Another reason? Because you’re the Bachelorette, damn it! This is one instance where ghosting is completely socially acceptable. JoJo, girl, take advantage.

Next we get served a sampler of videos highlighting some of the men vying for JoJo’s heart and/or screen time. There are some men with normal jobs and then of course those who’d never make the cut without something ridiculous on their chyron (e.g. Evan, the pastor turned erectile dysfunction specialist, and James S., a “Bachelor superfan”). There’s also Daniel, who thinks being Canadian can adequately be considered an occupation, and a marine named Alex who wants to fall in love because he saw his twin brother do it.

Christian stands out. He’s a tech consultant who wakes up before dawn to work out and maintain his insane physique. He’s also biracial and talks openly about not being accepted by his father’s racist family. ABC’s decision to air his story seems, to an optimist, progressive and, to a cynic, self-serving. Every year, the Bachelor franchise gets slammed with well-deserved criticism on its lack of diversity. Network execs had hinted at casting a diverse Bachelorette this season, but producers reportedly ditched their half-Filipino contender Caila Quinn for JoJo. To be fair, JoJo’s half-Persian, and I’m sure her Persian heritage is an important part of her life. Still, from a visibility standpoint, it’d be nice for ABC to eventually cast someone who’s not only diverse, but also not white-passing. TLDR: Christian should probably be the next Bachelor.

A note to future aspiring Bachelorette contestants: some of you are already quick to abuse the system, but feel free to follow Jordan’s lead and overstate your importance. Here, reality TV tells us he’s a former pro quarterback, but according to full-on reality, he was never actually drafted by an NFL team (although he did play on some practice squads). His intro video shows him standing alone, staring wistfully at a football field while being pelted with rain—a convenient mask for his tears. As the ambitious little brother of NFL star quarterback Aaron Rodgers, Jordan confesses he ruined a relationship by being too fixated on his football career, but now he’s finally ready to commit to love (i.e. his career’s in the doldrums). Former athletes do notoriously well on The Bachelorette, but will Jordan be an exception to the rule?

Nope. He’s the first out of the limo, and JoJo pretty much swoons on sight. She tells him repeatedly how good he looks. Meanwhile, other limo entrances still make their mark. Robby brings JoJo a bottle of red wine and suggests they drink it “Fletcher-style”—a callback to JoJo’s mom’s penchant for downing alcohol straight from the bottle. There’s a singer-songwriter named James Taylor who greets JoJo with a song. He seems nice, but there’s something up here. His refusal to use a different stage name indicates he either a) naively believes he will surpass the success of the more famous, follicly-challenged James Taylor, or b) readily preys on clueless tourists who pay overpriced cover at his drab coffeehouse gigs, duping them into thinking they’ll hear “Fire and Rain” by Sweet Baby James himself.

The introductions get weirder. Jonathan, a half-Chinese technical sales rep, shows up in a kilt and reassures JoJo that he’s Scottish from the waist down (way to reinforce tired stereotypes!). He also perplexingly reveals to JoJo that he’s “not wearing any panties”. Nick B. shows up in a Santa suit, while Sal permits JoJo to squeeze his (stress) balls if she feels the need. Wells, a radio DJ, scores major brownie points by enlisting R&B group All-4-One to serenade JoJo with their ‘90s hit “I Swear”. Luke, a 31-year-old war veteran and country boy, also impresses by riding in on a white “unicorn” (i.e. an unhappy horse with a horn strapped to its head)—a reference to when JoJo exited her limo and greeted Ben wearing a terrifying unicorn mask.

Finally, the cocktail party begins. The first person JoJo genuinely connects with is— you guessed it—Jordan. They’re at ease together and very touchy feely. She eventually goes off to circulate, but after Will, a civil engineer whose jokes are great at prompting polite smiles, uses a paper fortune teller to steal JoJo’s first kiss, Jordan comes to her rescue and they lock lips much more successfully. He walks away with her praising the wonders of his derriere to the production team: “His butt. His butt.”

Other things worth noting during the cocktail party:

Soon Chris Harrison beckons JoJo to begin the rose ceremony. But while she starts her spiel, a limo pulls up to the mansion. Then, as JoJo gingerly holds the first rose of her first rose ceremony, a familiar face enters the room.

It’s Jake Pavelka, the sociopathic pilot who most famously was the Season 14 Bachelor, but was also featured on The Bachelorette, The Bachelor Pad, Dancing With The Stars, Dr. Phil, The Bold and The Beautiful, and any D-list show willing to prolong his 15 minutes of fame. He asks to speak to JoJo. They exit the room. Cut to commercial.

And she was never seen again.

…Okay, not true. But it’s not outside the realm of believability! Anyway, we come back to Jake, who apparently is a friend of the Fletcher family. He’s there because he just had to tell JoJo that he wants her to find love and that she should stay open and trust her gut and paint with all the colors of the wind and—by the way, can he get a copy of this for his demo reel?

Jake leaves and the rose ceremony reconvenes. JoJo sends home six men (including three of the six contestants of color, for what it’s worth): Peter, Jake, Nick S., Sal, Coley, and Jonathan.

This season looks like it’ll be a good one, but the instant connection between JoJo and Jordan is a bit worrisome for those of us who tune in hoping for drama, uncertainty, and inner turmoil. Will JoJo take Ali’s advice and put Jordan on the bench—a spot he’s actually pretty familiar with—next week? Here’s hoping. 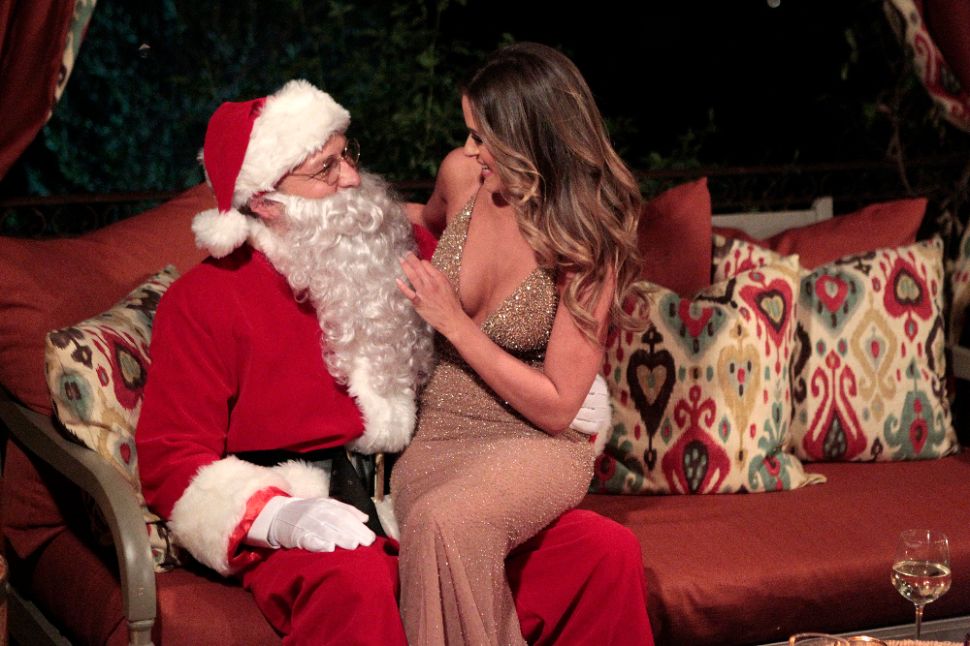