Love going to the movies but find that popcorn kernels stick in your teeth and fake movie butter is gross and maybe you simply do not care for popcorn? Good news. The Film Society is presenting “A Night of Film and Food.” New Wave (film lovers under 40) will team up with the James Beard Foundation Greens (foodies under 40) to screen SOMM: Into the Bottle. A reception will follow with treats from Saltaire Oyster Bar and Fish House, Little Cupcake Bakeshop, The Camlin and many more. Francesca Beale Theater, 144 West 65th street, 6:30 p.m., $75

Everyone is afraid of something. Explore some of our most insane fears with host Mara Wilson and comedians Kat Burdick, Lori Baird, Keisha Zollar and Giulia Rozzi. As they tell tales of their anxieties your own fears will begin to look laughable in comparison. Q.E.D., 27-16 23rd Avenue, 7:30-9 p.m., $10

The Lower East Side is still hip (even if it’s not as hip as Bushwick). Today the Lower East Side Festival of the Arts celebrates its 21st anniversary, with music, theater, dance, cabaret performances and more. The theme for this year’s celebration is “Art Knows No Walls or Barriers.” Theater for the New City, 155 1st Avenue, 6 p.m. to 1 a.m., free

Did you hear that dinosaurs were maybe covered with feathers? That is the kind of hateful Pluto-isn’t-a-planet stuff that makes you question why you even attended second grade. At least we still have crocodiles. And the American Museum of Natural History is presenting an exhibition entitled “Crocs: Ancient Predators in A Modern World” today. Visitors to the exhibition will get a chance to see the endangered Siamese crocodile, an African dwarf crocodile and many more. Interactive games will allow you to see if you could beat a croc in a fight (you can’t) and test your knowledge of croc trivia. Mark Norell, curator of “Crocs,” will be on hand to answer any question you might have about the legendary predators. American Museum of Natural History, Central Park West at 79th Street, 10 a.m., $27 for adults, $22 for students and seniors

When I was a kid, the first thing I did when I came to New York was buy a hot dog from the cart. I’m pretty sure I’d seen a hot dog cart in a picture book about New York? Anyhow, it was a very big, exciting deal. Then I grew up, and I realized those hot dogs are terrible, and no one should ever eat them. But the Craft Beer and Hot Dog Showdown promises to restore your faith in all a hot dog can be. You can take time to savor past winners, like “She’s Gone Nuts” by Kate Hornsby. That creation was made with honey Sriracha mayo, pickled cabbage, crushed peanuts and cilantro. Or you could try “The Berlin” by Katrine Bjørnson Strøyberg, a hot dog accented with curry ketchup, crispy fried onions, green onions and curry sprinkles. And, of course, you can cast your vote for the next winner. Stuyvesant Cove Park, Avenue C  and 23rd Street, noon to 2 p.m., $40

Fans of the restaurateur and personality Eddie Huang will delight to know that he’s come out with a book! He’ll be reading from his memoir Double Cup Love: On the Trail of Family, Food and Broken Hearts In China today. Barnes and Noble Union Square, 33 East 17th Street, 7 p.m., free

Today, you can sacrifice a little beauty sleep for the Women’s Health magazine 2016 #WHSocialMoments Beauty Awards Breakfast. Panelists from the beauty industry will be discussing how to make your brand stand out on social media platforms like Instagram. And the gift bag will leave you selfie-ready. Andaz th Avenue-485 Fifth Avenue, Apartment 2E, 8-9:30 a.m., invite only 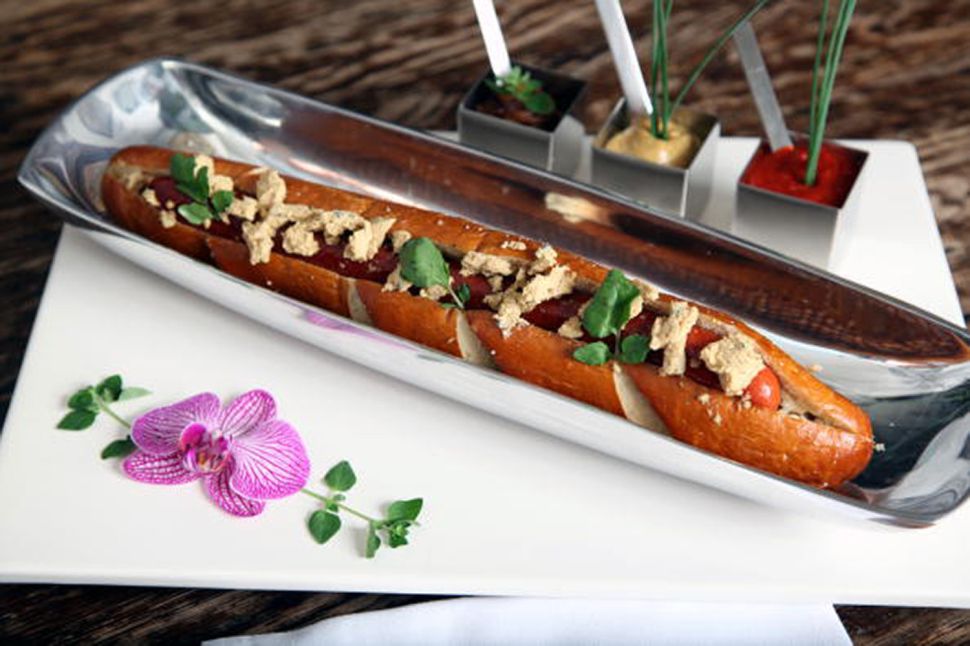