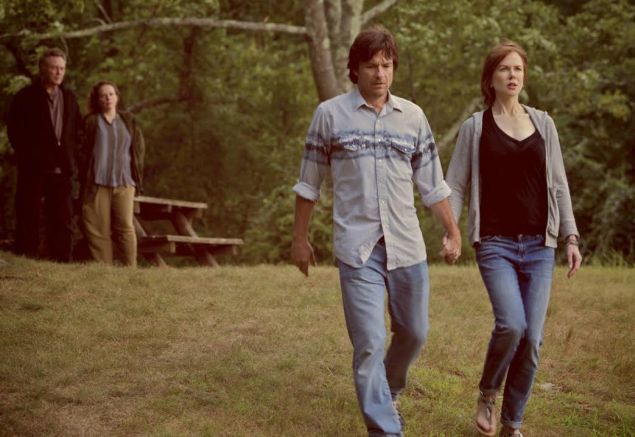 Earnest, good-looking and gifted with both a dramatic range and a talent for nuance he rarely shows in the commercial junk he usually peddles, Jason Bateman directed and stars in The Family Fang, a dysfunctional family epic that is much better than the title suggests. As a director, it towers above his debut effort, 2013’s Bad Words, and as an actor, god knows it’s about a 150 percent improvement over his impoverished co-starring effort with Melissa McCarthy in the ghastly, brain-dead Identity Thief. This one’s a keeper.

Adapted from Kevin Wilson’s 2011 novel by the distinguished playwright David Lindsay-Abaire (2007 Pulitzer Prize for Rabbit Hole), this is a heartbreaking comedy drama about two adult, unmarried and unfocused siblings taking stock of their messed-up lives after being raised by a pair of loopy, self-serving con artists who drafted their children against their will, used and exploited them without offering them a choice, and left them to cope with the consequences of a weird, irresponsible childhood without guidance, protection or hope for a sane future. Baxter (Jason Bateman) and Annie (Nicole Kidman) have spent their lives in survival mode. She’s an actress and recovering alcoholic reduced to topless scenes in B flicks; he’s a failed novelist with writer’s block. After being shot in the head by a cannon firing a potato and left with a perforated eardrum, Baxter is released from the hospital into the terrifying custody of the parents he’s been trying to avoid, and Annie rushes to a dreaded family reunion to save him. In flashbacks, we learn why. Caleb and Camille Fang (Christopher Walken and Maryann Plunkett) were experimental avant-garde “artists” who recruited their kids to stage fake bank robberies and improvise public scenes to incite riots and summon the cops, risking their lives in the process. Everything is regarded as “material” and anything goes. Now the parents go away for a weekend, and their wrecked car is found in a highway rest stop, covered with blood. Annie heads for the vodka bottle. Baxter reaches for the Percodan. Have the Fangs really been abducted in an act of foul play? Or is their disappearance part of a monster con to create their defining and most provocative work, even if it means sacrificing their children to do it?

It’s hard to describe what happens next, but The Family Fang is far from over. It’s called leaping into life—without a net. There’s nothing predictable about any of the angles, and Mr. Abaire’s script reveals a surprise around every corner. The message is that if you’re in control, the chaos in life will happen around you, not to you. The performances are kinetic and fascinating. Nicole Kidman is fetching in bare feet, plaid shirts and brown hair as she struggles to untangle the Fang family dynamic. Mr. Bateman’s charisma is genuine, and he’s a good director, too. When The Family Fang was first unveiled at last year’s Toronto International Film Festival, he told the Globe and Mail he wants his next film to be more overtly commercial. He’s developing projects that are less complex with “more popcorn elements and are a bit more simplistic.” Sigh. Exit the hope for better movies with nuance, subtext and tonal complications and cue the return of Melissa McCarthy. 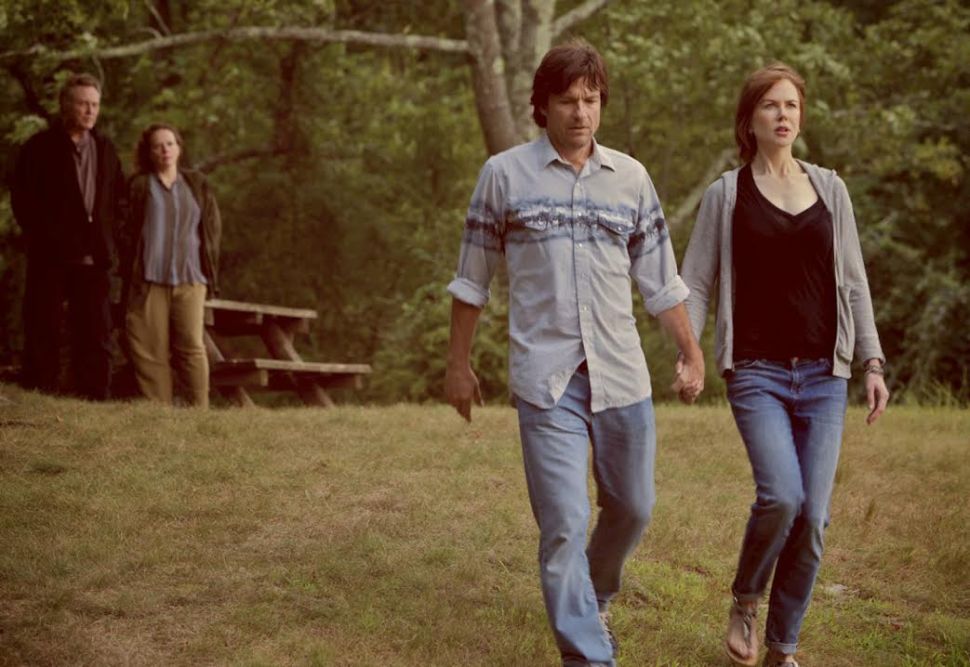