Buying art is far from a science, but many top collectors will offer you the same secret: “buy the program.” That clue, in a sense, means you should look for talented dealers as well as talented artists. If you find that you’re drawn to the same art fair booth time after time or hear the same gallery being brought up in conversation again and again, chances are that dealer has what’s known in the biz as “a good eye.”

Getting up close and personal with a dealer can really pay off if you’re moving your collecting habit into a higher gear. Bigger discounts for repeat customers is the obvious reason to invest in a dealer you love, but beyond that, the access you can get to artists that suddenly start skyrocketing as a “loyal fan” can be even more valuable. On top of those perks, once you have a good rapport with a dealer, you can also meet their artists, get invited to their (always classy) dinners and most importantly, learn more about art from a committed expert.

There’s going to be a ton of fantastic art at this year’s edition of Frieze New York on Randall’s Island (May 5 to May 8), so for your sake, we’re highlighting four art dealers that always roll deep with talent.

How long has Kate Werble Gallery been open? I have been open for seven years, since September 2008.

How would you describe the gallery’s sensibility? I like works that have a strong connection to the history of art, more specifically, works that use materials and concept in a way that builds on—and also acknowledges—that history, but also question what’s happening around us.

What artist(s) are you bringing to Frieze? Christopher Chiappa and Melanie Schiff. The booth is loosely based on the idea of the camera as stand-in for a gun.

Do you have one piece of advice for a collector on how to best navigate Frieze New York? If you are interested in an artist’s work, don’t hesitate to ask questions or engage in a conversation with the people working the booth. You are likely to learn something unexpected about the artist or the works being shown.

How long has Tif Sigfrids been open? It opened in the fall of 2013.

How would you describe the gallery’s sensibility? There’s often an underlying sense of humor to much of the work that I show, but of course that’s not a hard-line position.

What artist(s) are you bringing to Frieze? I’ll be showing work by Albert Mertz. He’s a Danish artist who died in 1990 and whose work I’ve been a huge fan of for years. We’ll be showing 33 of what he called “daily drawings,” which were made in the last 10 years of his life.

Do you have one piece of advice for a collector on how to best navigate Frieze New York? Keep your eyes peeled for new discoveries and don’t forget to take breaks. Visual over-stimulation is real!

How long has Almine Rech been open? Almine Rech Gallery has been open for 19 years. It first opened its doors in 1997 in Paris.

How would you describe the gallery’s sensibility? The gallery was founded on a Minimal and conceptual axis, first representing artists such as James Turrell, John McCracken and Joseph Kosuth. In addition to its stable of internationally recognized artists, it’s always been the gallery’s mission to continually add younger artists to its program, and now represents artists such as Alex Israel, Joe Bradley and Taryn Simon alongside established artists such as Franz West, Richard Prince and Jeff Koons.

What artist(s) are you bringing to Frieze? The gallery will be showing works by John Armleder, Olivier Mosset, Peter Halley and Mark Hagen.

Do you have one piece of advice for a collector on how to best navigate Frieze New York? I don’t have any advice for experienced collectors with a precise vision of what they’re looking for, but for many collectors, an adviser is a good way to receive advice on who and what to collect. But Frieze always offers a high-quality selection [of artworks], so it can be interesting just to let your eye be caught by an artwork.

How long has Foxy Production been open? Thirteen years. [We’re] now in our fifth space.

How would you describe the gallery’s sensibility? There are a number of threads that overlap. We’ve often been drawn to artists who were schooled in other areas, such as semiotics, design, or social science, as well as fine art. We’ve also had a long-running interest in artists engaged with technological changes, or more specifically, how technology informs identity and culture. Ultimately though, there has always been a focus on how ideas outside the art world inform aesthetics.

What artist(s) are you bringing to Frieze? Michael Bell-Smith, Sascha Braunig, Petra Cortright and Travess Smalley.

Do you have one piece of advice for a collector on how to best navigate Frieze New York? I think it’s important to have a personal focus as well as an awareness of overall trends. Pick a medium, a theme, or a style; it’s then easier to follow your eyes and not be overwhelmed by the chatter of the day. 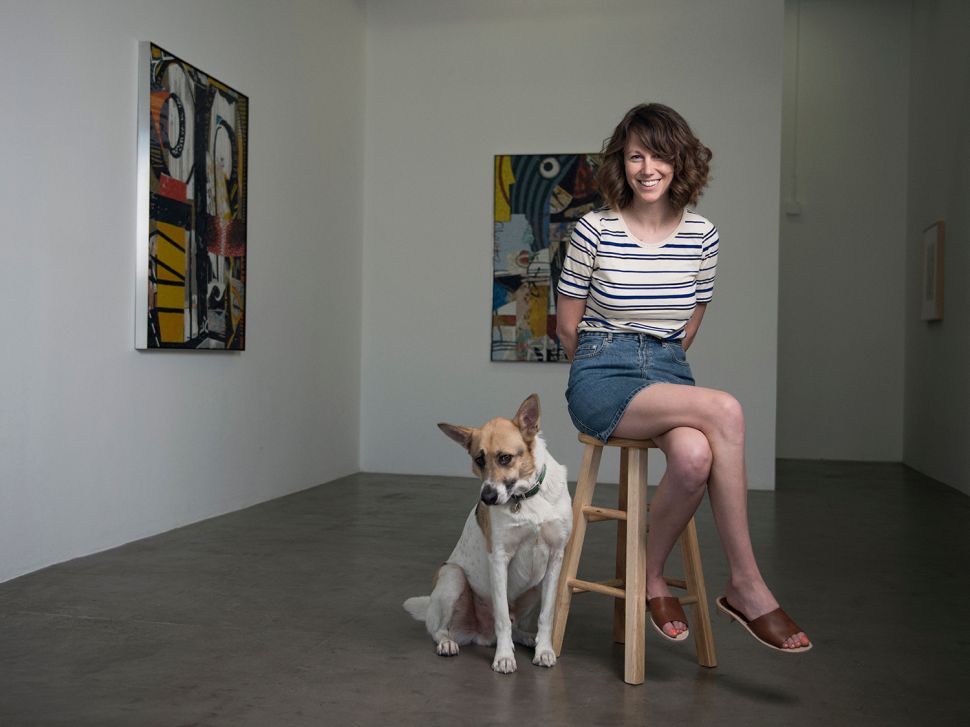