Happy Ending has been an influential reading series in New York for the past 13 years, allowing celebrity authors and up-and-comers the chance to showcase their work in front of a downtown audience. After starting at Happy Ending, long before it was the downtown favorite it is today, the series moved to Joe’s Pub and then Symphony Space, where it has been for the past year. This Wednesday marks the end of the program, and the final bow will be taken alongside some major guest stars. Irish writer Belinda Mckeon, actress, poet and wife of David Cross Amber Tamblyn, author Charles Bock, artist Kate Neckel and Ani DiFranco will all take the stage. The series was started by Brooklyn-based fiction writer Amanda Stern, who has three writers read from their recent books and a musical guest perform. After reading, the writers have to perform one public risk (like Truth or Dare for adults) on stage, and the artist has to sing a cover and encourage the audience to join them.

Ms. Stern, who curates, produces and hosts the event wanted to highlight the personalities behind the artists onstage. In the past, there have been performances by Lena Dunham, Zadie Smith, Jennifer Egan, Moby and Vampire Weekend. “I’ve wanted to end the series for a long time and focus on my own writing. When I launched the series, only 50 people could fit comfortably in the bar. Now that we’re at Symphony Space, a venue with an 800 seat capacity, it felt right to end things while the going was still good. Besides, David Bowie died, so what’s the point of anything?” Ms. Stern told Observer.

On the get of Ani De Franco, Ms. Stern said, “I’ve been a fan of Ani DiFranco’s since she began strumming a guitar in public, and I felt she was a coup worth trying for. I wanted to end the series celebrating life, which includes death, and Charles Bock and Amber Tamblyn’s books fit in beautifully. At the same time, it was important to me to introduce a newer voice to audiences and I’d read and loved Belinda McKeon’s Tender, so I offered her a spot. That it all came together was due to luck and timing.” 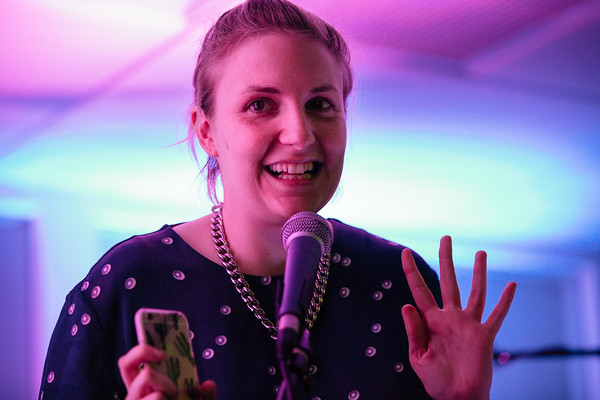