Night life impresario Jean-Marc Houmard knows a thing or two about creating the best restaurant/club hybrids around the city. He is the man behind the cultural cornerstone Indochine across from The Public Theatre, Tijuana Picnic in the Lower East Side, and Acme in NoHo, which recently debuted a new decor and menu, and with that comes, above all, an entirely new scene.

While the bi-level outpost’s basement continues to bump nightly with cocktails and tunes, the upstairs eatery has been transformed into a must-visit dining experience. It’s not the first time the eatery has been given a makeover. The space was once a derelict Southern BBQ joint billed as Acme Bar & Grill. Mr. Houmard, along with business partner Jon Neidich, purchased the property, and rebranded the space to include a surprisingly avant-garde Nordic menu devised by Noma Copenhagen co-founder, Mads Refslund.

The one man spearheading this new overhaul is Chef Brian Loiacono, formerly of Daniel Bouloud’s db Bistro Moderne and a handful of other Michelin Star-decorated restaurants. He has thrown away the delicately plated dishes reserved for special occasions, and instead aimed to create a daily canteen with an ever-evolving menu. “I’ve always been used to cooking in a high-end setting, but I wanted to take my classic French training and make it more accessible to create a neighborhood restaurant,” Chef Loiacono said during a recent visit. “With ACME, I wanted to make it so that our guests could come and enjoy the menu multiple times a month, if not multiple times a week.”

There are, however, several dishes that won’t be disappearing that pay homage to Chef Loiacono’s days cooking with his family. “I have to say the pastas are some of my favorites,” he said. “Everything from the agnolotti, which was on the opening menu, to the ravioli I just put on. We make majority of the pasta by hand, so the end product is really something special. I’d say that’s one major component that connects back to my family. I grew up making pasta with my grandmother. Speaking of my grandmother, we actually have off-menu meatballs that were inspired by her recipe. They’re a classic mix of lamb, veal & pork—the old school Sicilian way. I also have a dessert on the menu called Uncle Pete’s Cheesecake, which is ode to my grandmother’s cheesecake. Uncle Pete was the only one with the recipe and for years he would never give it to any of us. Finally, I convinced him to pass it down to me so I could make it for the restaurant and share it with everyone.” 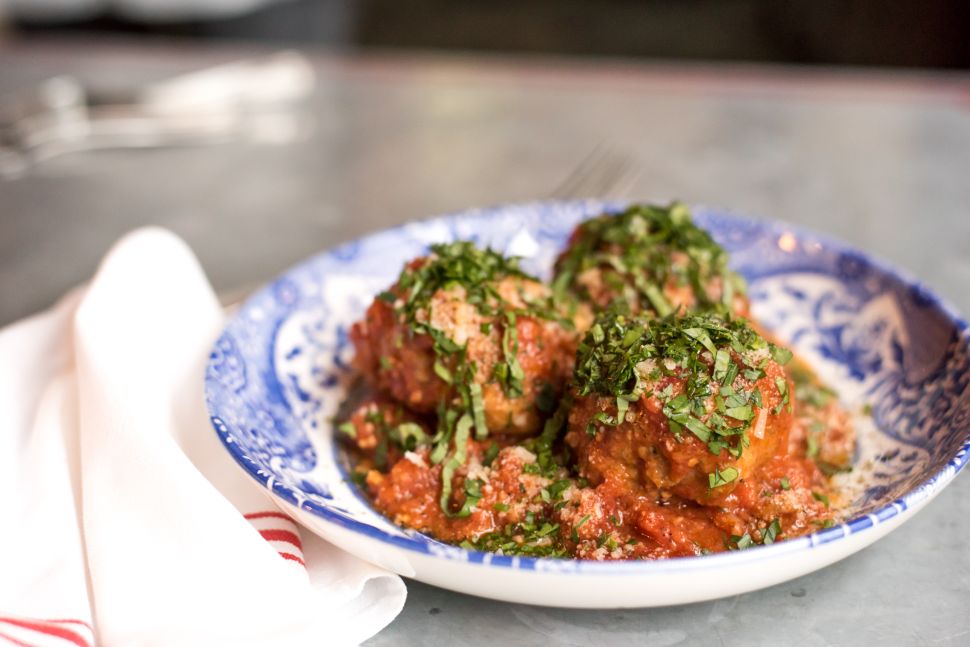