New York Times op-ed columnist Paul Krugman has been one of the most vocal supporters of Hillary Clinton in mainstream media. With the high volume of hit pieces on Bernie Sanders Mr. Krugman has authored, the former bomb-throwing Nobelist has become just another talking head of the elites and the establishment—so staunchly opposed to Mr. Sanders’ campaign that he’s delusional when it comes to analyzing what the 2016 presidential election is actually all about.

In his latest piece, Bernie’s Bad End, Mr. Krugman calls Mr. Sanders’ persistence to take his campaign all the way to the Democratic Convention in July “whining.” Mr. Krugman condescendingly asks, “Can someone tell Bernie that he’s in the process of blowing his own chance for a positive legacy?” Such a point is moot, given that all of Mr. Krugman’s work denigrates Mr. Sanders—calling him a Bernie Bro in addition to many other smears—making it impossible for any of Mr. Krugman’s readers to imagine a positive legacy in the first place.

Bernie Sanders isn’t going away anytime soon, and he won’t go away after the Democratic Convention in July. His campaign has given voice to millions of progressive Democrats and Independents who have grown weary of a system favoring money over people. Highlighting direct evidence of a Democratic primary that overtly favors Hillary Clinton is far from whining—because, rather than just sitting around and complaining, millions of voters have become involved in the political process. Mr. Sanders’ campaign has broken fundraising records, has welcomed millions of volunteers, and has seen record-breaking attendance at campaign rallies, marches and grassroots events. Mr. Sanders’ legacy is secure, and will continue strong as his campaign adds more states to his current victory tally of 17 so far.

Urging Mr. Sanders to drop out is also hypocritical, given that Ms. Clinton refused to do so in 2008. Although the delegate lead Barack Obama had over her was smaller, Ms. Clinton had to loan herself money to continue to campaign in May 2008, and continued to disparage Mr. Obama’s legitimacy as a candidate. When Ms. Clinton finally did bow out of the race, she did so under the condition Mr. Obama would help her with the campaign debt she had accrued. Mr. Sanders isn’t staying in the race to help pay off campaign debt—he is staying in the race to ensure his supporters, who have been silenced the majority of this campaign by most media outlets, have a voice.

“Most of the venom I see is coming from supporters of Mr. Obama, who want their hero or nobody,” Mr. Krugman wrote in his 2008 article, Hate Springs Eternal. “I’m not the first to point out that the Obama campaign seems dangerously close to becoming a cult of personality.” Despite one of President Obama’s hallmark achievements being the Affordable Care Act—an important step toward universal healthcare—in 2007 Mr. Krugman wrote, “Mr. Obama just isn’t that serious about achieving universal care—that he introduced a plan because he had to, but that every time there’s a hard choice to be made he comes down on the side of doing less.”

Mr. Krugman also complained of a media bias in favor of Mr. Obama over Ms. Clinton, yet he alleges Mr. Sanders’ supporters are “whining” when they claim there was a media bias against the senator, despite a detailed analysis conducted by the Tyndall Report in 2015 showing Mr. Sanders received a fraction of the media coverage Ms. Clinton had. The New York Times has no op-ed columnist to balance Mr. Krugman’s overt bias, and the paper publicly embarrassed itself after making drastic edits to a published article about Bernie Sanders that morphed any semblance of praise into criticism.

DNC chair Debbie Wasserman Schultz did nothing to suggest she would remain impartial in the 2016 primaries from favoring Hillary Clinton, whose campaign she served as co-chair in 2008. Bernie Sanders‘ supporters had every right to criticize the debate schedule, the poor decision to close off the Sanders campaign’s access to voter database files, and an admittance in a CNN interview that the super delegate system was created to favor establishment-friendly Democratic candidates against grassroots activists. One of the DNC’s vice chairs, Congresswoman Tulsi Gabbard, resigned due to the corruption in the DNC. The Democratic Party has severe internal issues they must address at the DNC Convention or they are going to continue to worsen, to the demise of the party as a whole.

If Bernie Sanders’ campaign lent any credence to establishment puppets like Paul Krugman, there wouldn’t have been a Democratic Primary race. The longer Bernie Sanders stays in the Democratic primaries, the better off the party will be. 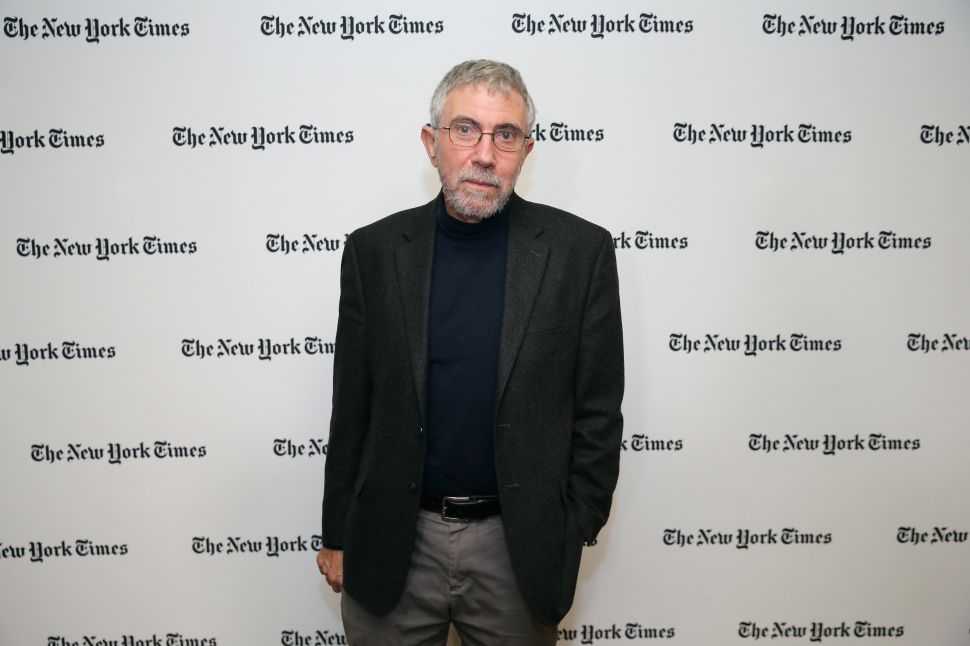