For the last several months, two storylines about the presidential election have begun to emerge. The first is that both the Democratic and Republican Party are in crisis. This is a surprisingly common theme that we hear every election cycle as alleged outsider candidates, such as Jerry Brown, Ron Paul and even the 2000 version of John McCain, gain more traction among voters than party insiders expect, when third party candidates like Ross Perot do well, or when fractures within the parties are exposed through nasty primaries. The second story is much more specific to 2016 and is the notion that the election system is somehow rigged. As might be expected, this idea has been most aggressively promoted by supporters of Democratic candidate Bernie Sanders, who ultimately failed to convert great enthusiasm into a majority of pledged delegates. It is also notable that this idea has also been raised several times by Donald Trump despite the relative ease with which he dispatched all 16 of his GOP primary opponents.

These two themes may, on the surface, seem unrelated, but they are both symptoms of a two-party system that is deeply entrenched, but that does not meet the needs of the American people or the American political moment. Although the current two party system has been in place for over 150 years with few real threats to its dominance, it is apparent that both parties have for most of this time been unwieldy coalitions of groups and interests that are not natural allies. For example, the fundamentalist Christians and pro-business anti-tax advocates who make up two of the largest groups of voters in the GOP have few shared interests or priorities. The same can be said for African Americans and white liberals, two of the largest groups of voters in the Democratic coalition.

The two-party system endures through a combination of residual political loyalty, entropy and, most significantly, a set of legal and electoral structures that create extraordinary barriers for potential third parties or independent bids for office, rather than because it is a rational organization of political interests. Rules making ballot access for independent candidacies difficult, the challenges independent candidates face getting media coverage or even participating in debates and state and primary elections that are paid for, in substantial part, by the states rather than the parties all contribute to the dominance of the two party system. Blurring the line between state and party has been a problem of authoritarian regimes for decades. In the US, the phenomena is slightly different, but line between the state and the two major parties is frequently difficult to identify.

The question of whether or not the primary system is rigged cannot be answered without asking a further question: are the primaries an internal nominating process or an election. They are, in fact, a hybrid of the two, and that is what makes them vulnerable to the charge of being rigged. Looking one of the major criticisms raised by Mr. Sanders and one by Mr. Trump in recent months makes this clear.

The Sanders campaign has raised concerns about closed primaries arguing that they exclude many voters and that open primaries are more democratic. If the primary season is viewed as a nominating process, then this assertion is simply absurd. A political party has every right, and in some respects a duty, to ensure that only members of their party choose their nominee. Without his proviso, the party has essentially no meaning and can be taken over by outsiders from the right or the left. Open primaries, furthermore disincentive party membership and renders the party, in an ideological sense, almost meaningless.

Mr. Trump’s biggest complaint about the nominating process was not the issue closed or open primaries, but the GOP rule (that is also a Democratic Party rule) that no candidate can be nominated without winning a majority of delegates. Mr. Trump was particularly concerned about this during the middle period of the campaign, when he was consistently winning states but having trouble getting to 50 percent of the overall delegates. This concern has gone away now that Mr. Trump has clinched the nomination. Nonetheless, he raised this concern vociferously at the time; and it is worth exploring. Again, if the primary is a nominating process then there is nothing undemocratic or unfair about the stipulation that the nominee get 50 percent or more of the delegates. That rule ensures that the party will nominate somebody who is broadly popular, and makes it much harder for somebody with a small base of support, but who is otherwise unpopular, to win the nomination. This is a right upon which any political party in a democratic country can reasonably insist.

Dismissing these concerns raised by Mr. Sanders and Mr. Trump should not, however, be done so cavalierly because the primary system is essentially the only way to run for office. When that system excludes voters it excludes them from more than just a party, but from a political process that is funded and given special considerations by the state. Similarly, when the primary system is structured so that party insiders have an advantage, it tilts the whole electoral playing field, not just the internal processes of one party.

Therefore, the legal and structural barriers to candidates who do not run as Democrats or Republicans are sufficiently powerful that the primaries cannot be simply described as the business of the parties. The Democratic and Republican parties can have closed primaries, caucuses that make it difficult for many people to vote and whatever rules they want about delegate selection and what proportion of delegates are needed to choose a candidate, or they can enjoy a privileged position in American political and legal life, but to have both, as they currently do, is ultimately undemocratic and exclusionary. 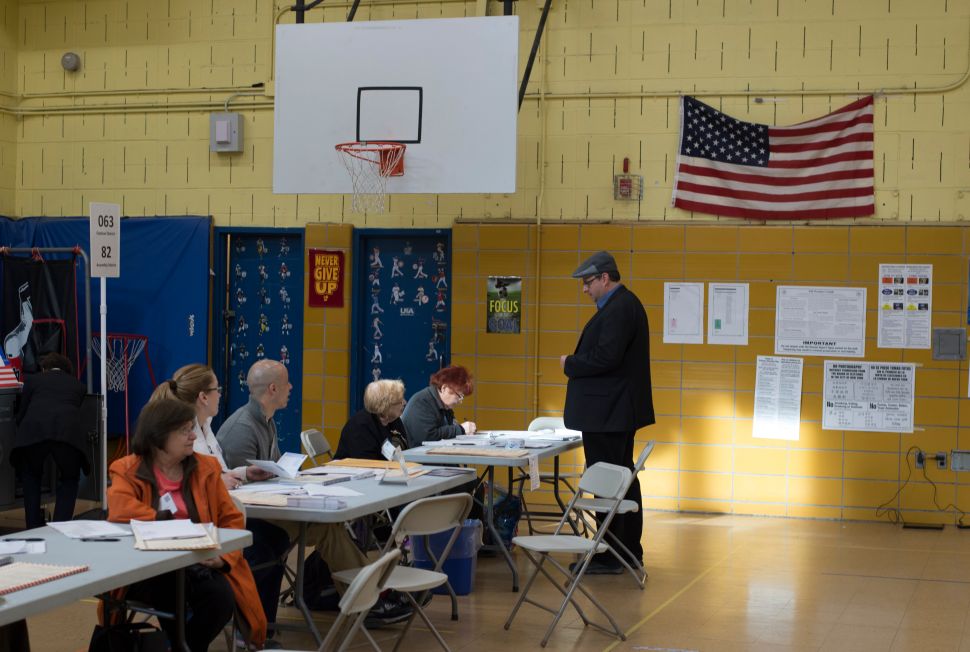