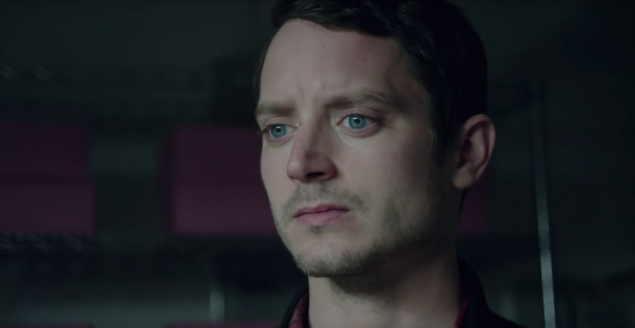 Nicolas Cage has made such a career out of turning out brainless time wasters that it’s easy to forget he won an Oscar for Leaving Las Vegas. Now he returns to the scene of the crime in The Trust. A big mistake, to be sure. This dog is dead on arrival, and except for one weird comic performance by the star, there’s no hope for reviving a pulse.

Set to a score of horrible, thumping pop-rock noise by somebody named Reza Safinia,The Trust sports an incoherent script co-written by Adam Hirsch and Benjamin Brewer, who co-directed with his brother Alex. All production credits are instantly disposable, along with the film itself. Mr. Cage and his co-star Elijah Wood play a bumbling pair of crooked Las Vegas cops who work in the evidence room of the local police department. Dreams of a more fulfilling future become a distinct possibility when Stone (Mr. Cage) wonders how the sudden cash for a heroin dealer’s bail money gets paid in record time and traces the source to an underground walk-in safe hidden in the bowels of an apartment building where mysterious merchandise is delivered but nothing is ever taken out. Smelling more money than any cop could make in a lifetime, Stone talks his reluctant and jittery younger partner, Waters (Mr. Wood), into joining him in what promises to be a bigger heist than the one in Ocean’s Eleven. Thus begins the first of many cliches that ground the movie in relentless tedium: There’s nothing in it that hasn’t been seen before.

Most of the movie is devoted to the details of the heist which requires Stone to make a call to German experts who speak no English and Waters to draw a master floor plan and drill a hole through the floor of the upstairs apartment above the vault—a flat occupied by a sleazy couple hiding a massive arsenal of automatic weapons. Stone turns out to be a crazy psychotic, Waters is so nervous and stressed that he falls apart at the sound of a door key turning in a lock. They play it for laughs, which gives the film a comic edge, but the screenplay is so unclear about what they’re doing that when this Abbott and Costello duo starts killing people, it turns so serious that the humor no longer works. It’s only a matter of time before one of them blows the whole thing. When they finally drill their hole in the floor, what they find is not only money but a fortune in…well, I’m still trying to figure it out. When you figure out what it is they find, you will let me know, won’t you?

Mr. Wood, who tries vainly to keep up with Mr. Cage, does little more than look wide-eyed and catatonic, even when he’s being bumped and grinded by a naked prostitute. The directing team of Brewer siblings works hard to build tension, but it’s Mr. Cage’s light touch that keeps the movie moderately entertaining. The material is hollow, there is no payoff, and nobody in it has much to do—especially a battered, 90-year-old Jerry Lewis in a bewildering cameo as Mr. Cage’s senile father. He answers the door, delivers a few cynical lines about cops and disappears. Obviously looking for a better movie than The Trust. 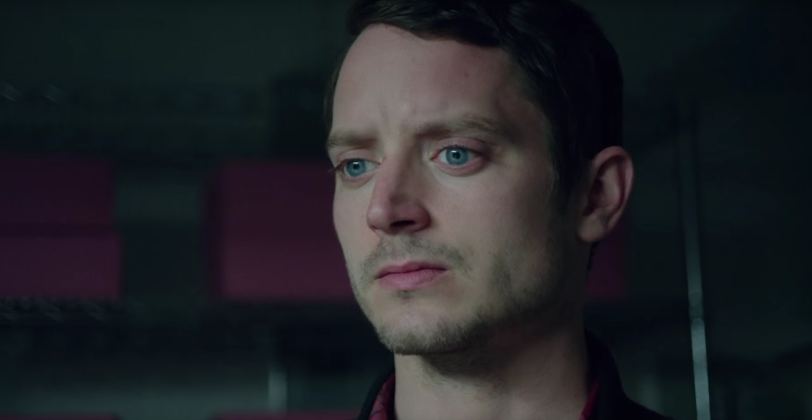