On March 17, Ukraine’s oligarch-owned propaganda TV channel Ukraine Today announced to the world a milestone in the fight against corruption. In response to the solicitation of two Verkhovna Rada parliamentarians (members of president Petro Poroshenko’s cabinet), the Ukrainian General Prosecutor’s Office (GPO) initiated an investigation of the missing two million dollars of U.S. and EU aid that was originally allotted to reform the country’s judiciary.

While two million dollars is chump change in comparison to size and history of Ukrainian corruption, such quick action by the (until now) very shy Ukrainian prosecutors has raised eyebrows in political circles around the world. This is in sharp contrast to 2014, when in one of the biggest heists of aid money anywhere—an estimated two billion dollars in IMF aid for Ukraine—speedily exited the country via PrivatBank, owned by the politically-connected oligarch Ihor Kolomoisky.

As sad as it sounds, the two million dollars of U.S. and EU aid allegedly went missing while in hands of a corruption-fighting NGO: the Anti-Corruption Action Center (the ACAC).

In 2015, the ACAC was the only institution to pursue the missing billions, suing the GPO into kickstarting an investigation into PrivatBank. Back then, Mr. Kolomoisky had a hand in the country’s politically strategic plans to move Ukraine toward the West. At one point, he even funded his own private army of 20,000 men to fight the so-called separatists. (As Kiev’s “revolutionary” government grew disheartened watching its conscript army refuse to fight its own people in the East, the country had to rely on quickly-assembled units of neo-Nazis and right wingers to do the job with oligarch-sponsored militias.)

The New York Times called the country what it is: a corrupt swamp.

While the Obama administration publicly hopped the bandwagon of “change” in Ukraine, sending the FBI and U.S. Treasury to investigate the crimes of the previous corrupt regime, it left the current corrupt regime alone. As it turned out, nobody really missed the missing IMF billions and Mr. Kolomoisky wasn’t bothered. The issue died in a face-saving exit, played out in the local courts of Odessa Oblast where everyone involved seemed to get lost in complicated world of tax havens, offshore banking and legal jurisdictions compounded with a strong case of Ukrainian amnesia. Even the IMF—so strict and unforgiving in its dealings with Greece—exhibited a Christmas-like generosity in its Ukrainian portfolio, indicating that a good-cop bad-cop scenario depends on your neighbors (Russia).

But what wasn’t forgotten was the fuss started by the ACAC, which came biting as soon as the situation in the East settled in an uneasy truce.

The Kolomoisky-owned Ukraine Today opened fire on the NGO as soon as the Verkhovna Rada deputies announced their two million dollar problem to the world. Until then, the Rada was preoccupied with insider wheeling and dealing, which led it to be regularly besieged by right wing nationalists, opposition party members and citizens disgusted with inflation and corruption. Now, the Rada is focused on keeping foreign media accountable for alleged “lies”—The New York Times called the country what it is: a corrupt swamp.

The attack on the ACAC is a classic example of political retribution made possible by Mr. Poroshenko. His administration’s rollback of democracy has increased lawlessness, both on and off the political scene—replacing one head of the GPO with another as a means to convince the U.S. and international donors that reforms are on track.

Georgian-born reformer Davit Sakvarelidze, a deputy prosecutor general, was fired just hours before the Prosecutor General Viktor Shokin (a Poroshenko appointee) was fired by the Rada for blocking investigations of corruption cases. Mr. Shokin was replaced by Yuriy Sevruk—a relic of previous administration overseeing the Interior Ministry’s actions against the EuroMaidan—and Mr. Sakvarelidze was replaced by Mykola Stoyanov, a close friend of Mr. Kolomoisky.

Before his firing, Mr. Sakvarelidze accused Mr. Sevruk of halting the investigation into corrupt prosecutors and instigating a campaign to destroy his legacy. In a politically-motivated vendetta against both Mr. Sakvarelidze and the ACAC, Yuriy Stolyarchuk, head the anti-corruption department, opened an investigation into alleged embezzlement of U.S. funds dedicated for prosecutorial reform.

Ukrainians journalists understand that going against the political interests of the state is not only hazardous to one’s career, but to one’s life and health as well.

At this point, U.S. ambassador Geoffrey Pyatt denied any theft took place, taking sides against Mr. Stolyarchuk and indirectly against President Poroshenko—who happened to be the ultimate decider left on the scene. Mr. Stolyarchuk fired back in an interview with the Ukrainska Pravda newspaper stating Mr. Pyatt himself could be questioned about the missing funds, implying personal involvement. Meanwhile, after being raided by the GPO’s men, the ACAC issued a plea for help and, as such, the U.S. Embassy issued a statement that the money wasn’t actually missing as it was never even given to the ACAC.

By now, the majority of oligarch-owned media have decided to sit and wait. Ukrainians journalists understand that going against the political interests of the state is not only hazardous to one’s career, but to one’s life and one’s health as well.

Ironically, the Poroshenko administration is following the lead of the American-installed Al-Abadi administration in Iraq. Corrupt and ruled by internal interests, both parliaments create their own reality in the tug-of-war for power and money, which includes increased spending on military. Both setups are also threatened by outside developments (the civil war in the East, and Daesh respectively) as the name of the game is a monopoly-like of accumulation of wealth with get-out-of-jail-free cards given away by the top of the official administrations.

Increasingly, the cookies distributed by the Deputy Secretary of State Nuland at the EuroMaidan are the most expensive pastries ever sold: they are paid for both in U.S. Treasury (five billion and counting) and at least 10,000 lives.

Marie Antoinette would be proud. The revolution which ultimately cost her head is back, and inflicted on ordinary people.

Derek Monroe is a writer/reporter and consultant based in Illinois. He has reported on international and U.S. foreign policy issues from Latin America, Poland, Japan, Iraq, Ukraine, Sri Lanka and India. His work has appeared in Institute for Policy Studies, Foreign Policy in Focus, Alternet, Truthout, RT, TRNN, RSN  and Ohmynews, and has been published in over 20 countries. 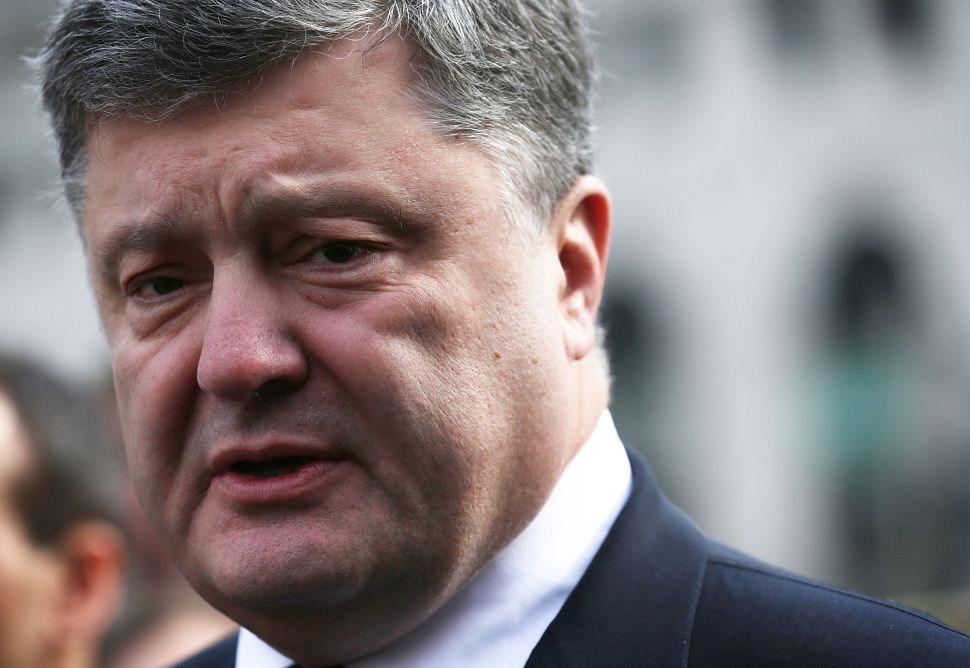