Years ago, ESPN ran a commercial featuring a young man and a young woman cuddling on a sofa. The camera panned out to reveal that he was wearing an Ohio State sweatshirt and she a Michigan sweatshirt. The caption at the end read, “Without sports, this wouldn’t be disgusting.”

That commercial illustrates the past two decades of the American political consensus on Israel. Democrats and Republicans may have a bottomless capacity to loathe one another, but they could always be counted on to put on their red and blue sweaters and neck on the couch when Israel was the topic. Congressional resolutions often passed by margins normally reserved for renaming post offices and congratulating sports teams. It’s been a great run.

Not for the American people, of course. They’re still overwhelmingly pro-Israel: 7 in 10 Americans view Israel favorably and 6 in 10 sympathize more with Israel than with the Palestinians (Palestinian sympathizers are only at 15 percent). In a poll conducted by Brookings’ Shibley Telhami, Americans asked to name a world leader they liked or admired tapped Israeli Prime Minister Benjamin Netanyahu third most after President Obama and former President Ronald Reagan. Mr. Netanyahu finished ahead of Pope Francis in a country that’s 22 percent Catholic and just over 2 percent Jewish.

An anti-Israel Democratic platform will be the starkest evidence to date that the left is abandoning the Jewish state.

It’s also not over for a number of pro-Israel Democrats in and out of elected office.

But the partisan breakdown of the data reveals—as it has for years now—a deepening divide in opinion between the American left and right. A Pew study released earlier this month reveals “a growing share of liberal Democrats sympathize more with the Palestinians than with Israel.” In fact, among self-described liberal Democrats, support for the Palestinians outpaces support for Israel 40 percent to 33 percent.

This shift in culture on the American left has already, under the Obama administration, manifested itself in policy. In early 2009, the president chose to re-join the UN Human Rights Council, a virulently anti-Israel body. The president famously wanted to put “daylight” between the U.S. and Israel, which led to flotillas trying to break the legal blockade of terrorist-controlled Gaza and a green light from the U.S. for European countries to begin their own boycott efforts. In the summer of 2014, during Israel’s war with Hamas, the administration closed Ben Gurion Airport to American air travel—an unnecessary move so outrageous that former New York City Mayor Michael Bloomberg personally flew to Tel Aviv to show it was safe. During the war with Hamas, the president also personally intervened to stop a shipment of Hellfire missiles to Israel. And then, of course, there’s the disastrous nuclear deal with Iran.

Through it all, President Obama has been generally careful (except for the time he was caught on mic complaining about Mr. Netanyahu to then-French President Nicolas Sarkozy) to frame his policies as being somehow pro-Israel. But the far left no longer pretends to be pro-Israel and unashamedly opposes American support for the Jewish state. They are ascendant in their party. At some point, the façade was going to crumble.

Last week, appointments to the platform committee of the Democratic National Convention were announced. The committee, made up of the 15 people who will craft the platform of the Democratic party, is a mix of the overtly anti-Israel and the Israel-tolerant. Only former-Rep. Howard Berman is a stalwart supporter of the U.S.-Israel relationship, but he’ll have to contend with an unprecedented anti-Israel cohort of Dr. Cornel West, Dr. James Zogby, Rep. Barbara Lee and Rep. Keith Ellison.

The only other foreign policy voice on the committee is Wendy Sherman. Prior to being relied on to save the Democratic Party from becoming an anti-Israel fever-swamp, she negotiated the Joint Comprehensive Plan of Action (the Iran nuclear deal) and the Agreed Framework (the North Korea nuclear deal). With that background, one would be forgiven for fearing that the result of these negotiations will be a DNC platform resembling the Hamas charter. Not because she’ll want it to, but because turning bad ideas into worse realities is her specialty.

Apologists may claim that party platforms are irrelevant to most voters, and there is truth to that. Unlike in Europe, where party manifestos matter a great deal, nobody outside a small group of long ago-decided voters reads or cares about the platform. But merely defeating an anti-Israel Democrat platform will not change the underlying cultural current on the American left. Approving an anti-Israel Democratic platform will be the starkest evidence to date that the left is abandoning the Jewish state.

Updated to reflect that Mr. Bloomberg was no longer mayor in 2014. 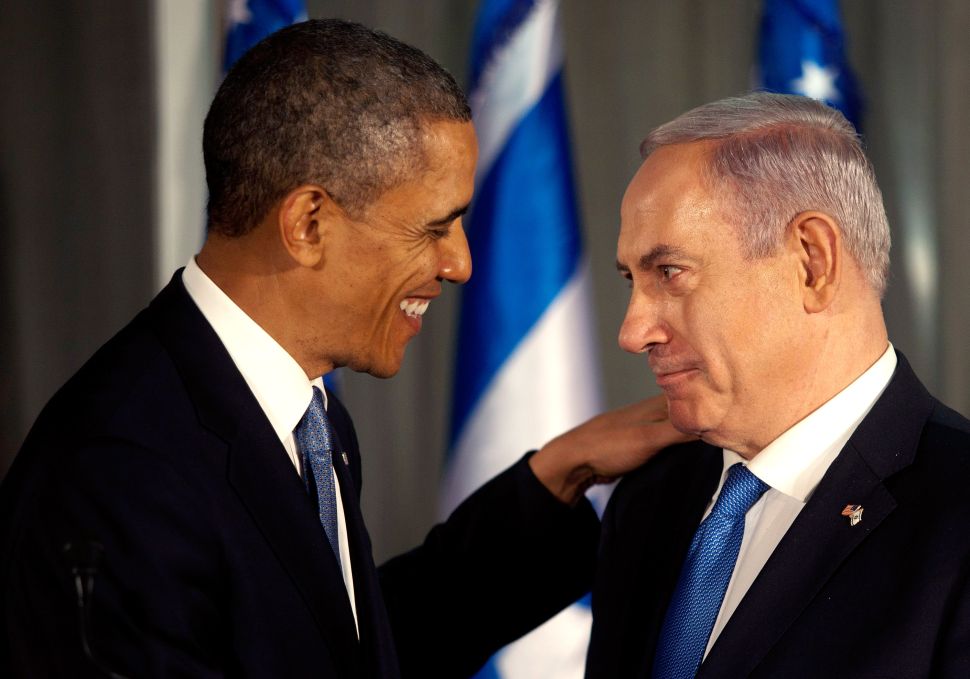