If you had any doubt that the robots are coming, direct your attention to one of last week’s biggest tech news stories. As we reported, Foxconn, the world’s largest electronic contract manufacturing company known for producing iPhones and various products for Sony, Microsoft, Amazon, Google, Nintendo and others, is replacing 60,000 workers in a single factory with artificially intelligent machines. Additionally. Adidas just announced it will begin producing shoes created entirely with robot labor next year. It seems announcements of this type are making headlines everyday, and not even creatives like writers and musicians are safe.

Aaron Schlechter, a 34-year-old former NYC book editor who now works in construction in Austin, won’t stand for the robot labor takeover. He’s looking to stop it with an idea that’s rather out-of-the-box and has turned to Kickstarter to fund “one weird ancient Babylonian” trick to ensure job security. That trick?  An “atomic robot-bashing stick” AKA nail bat that can be used to defeat any machine.

Computers don’t take sick days, join unions, or need to defecate and they absolutely love doing spreadsheets. Electronic thinking machines have already mastered Chess, Go, and the ancient art of telemarketing, and they’re learning to drive cars. In fact, experts agree that within just five years computers will be capable of watching Netflix for six hours at a time, posting pictures of salads to social media and even unpaid internships. It’s just a matter of time before they come for your job too.

It doesn’t have to be this way! Now YOU CAN STOP PROGRESS with one of our expertly designed, heirloom quality, sticks with nails in it! We’ll show you how to keep your job! And while you’re at it, you can turn that pitiful, skinny, bloodless, bag of bones you call a body into a rock-like torso and legs of oak that will make you the hero of the beach!

For $10, backers receive a 64-page instruction kit for making the bat. For $30, they receive the complete DIY kit complete with nails, wood and the necessary “ancient Babylonian secrets.”

The page pitch goes on to clarify that destroying job-stealing machines isn’t this products only use. If you’re feeling addicted to your smartphone and can’t stop checking it every 15 seconds, this provides an easy solution.

The latter use is actually a large part of the inspiration behind the campaign.

“I was in the last class to graduate college (2004) without social media and didn’t have a cell phone until work forced me to at 24,” Mr. Schlechter told the Observer. “I feel bad for kids these days—the pressure to let likes and seem popular online must be brutal—and it has nothing to do with reality and adds nothing to their lives.”

He added that he made the campaign funny to bring attention to these issues and said that, if funded, the guide will follow the same tone.

“I think we’re very much too enamored with technology and people are making themselves miserable by not interacting face to face…,” he said. “I hope that came through in the Kickstarter, as that was its purpose. In the unlikely event it does get funded I will write and produce the guide, which would be very much in the same vein. “ 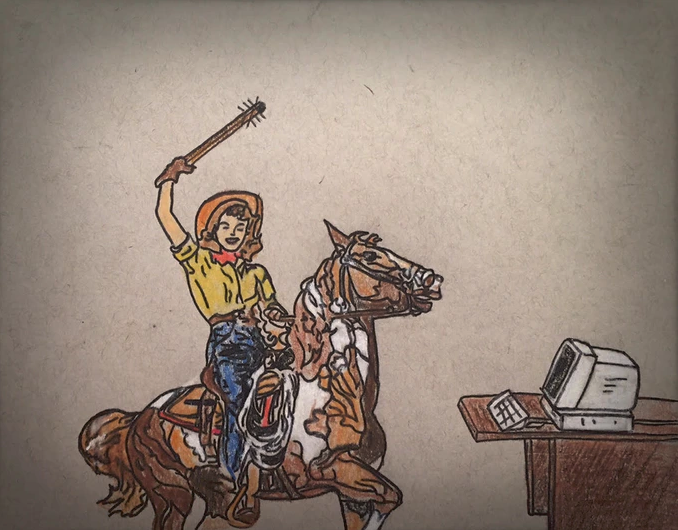