Howie Nicholsby has the odd power of making kilts seem practical, and, well, butch. For a garment that resembles a skirt, Mr. Nicholsby, a custom kilt designer and father of two, carries himself with a masculine swagger. He sipped a pint of Guinness as we spoke last week during his visit to the U.S. from Edinburgh, Scotland to celebrate National Tartan Day, and every so often he scratched his beard. “I’m more about taking the kilt away from being a formal garment, and making it an everyday piece of clothing,” he said. “So I haven’t worn trousers in about 16 years. It was kind of a life choice at 21, because I think the kilt can be a true alternative for modern men.” Throughout his years he has fine-tuned his kilt-wearing technique from crossing his legs properly, to driving long distances without crushing his pleats. “You kind of get in like a lady,” he said. “Bum in first and swing around.” 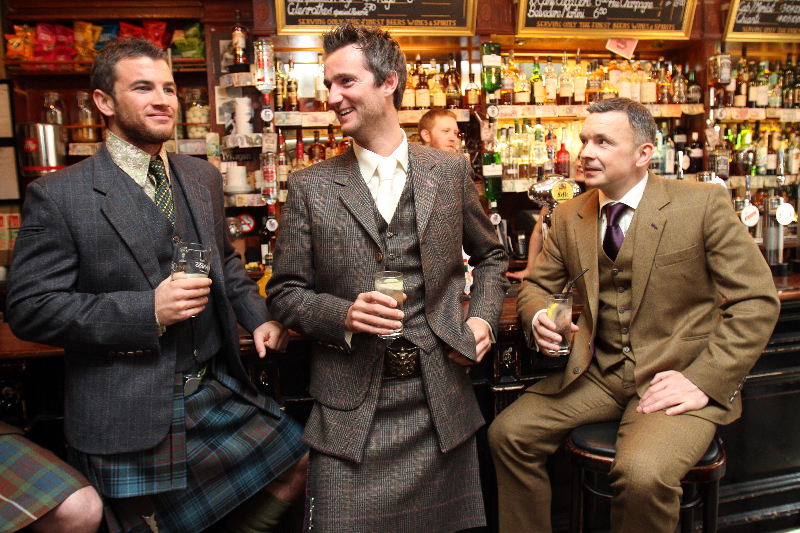 While his arsenal of kilts includes many traditional plaids, he is best known for his unconventional iterations made using leather, gold, camouflage, or pinstripes, which have landed on the likes of Vin Diesel, Lenny Kravitz and even Mario Testino. “To wear a kilt as a man, you have to put yourself in a mental place where you know you’re going to get looked at,” he said. “You know you’re going get the odd comment that might be negative, but very, very rarely thankfully.” Oddly enough, he finds that New Yorkers are the most accepting of his daring fashion choices. “I love walking about New York, where the amount of big dudes yell, ‘Hey man! Cool kilt!’ ” he said changing his accent to sound like a hard-hitting New Yorker. “These guys totally get it.” 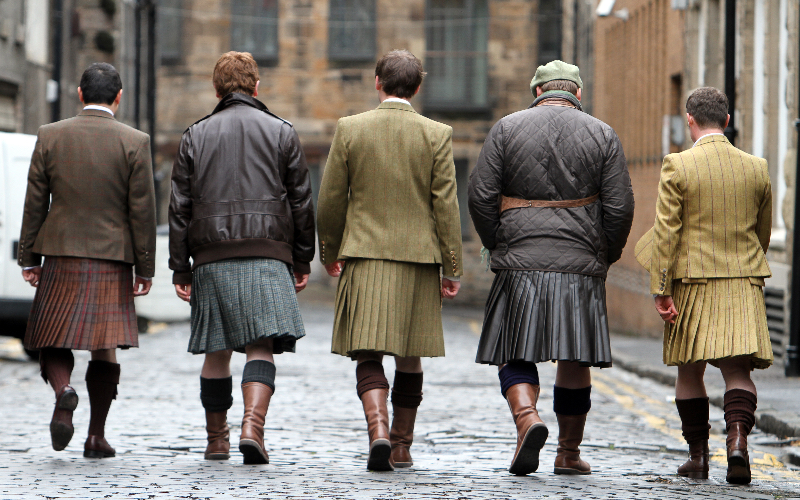 Trousers might be out of the picture, but what is up for debate is what lies beneath the kilt. “People do go commando in kilts,” Mr. Nicholsby said, treading lightly. “As an everyday kilt-wearer I have to sort of be responsible, and more modest, and practical. If you’re wearing a kilt several days, not wearing underwear might not be the most hygienic thing.” He also advises all guys to wear boots and chunky socks with the custom-cut kilts to add some weight to the otherwise dainty look, but above all, it takes confidence. “You don’t have to be Scottish or have the heritage,” he said simply. “You’ve just got to have the balls for it, and just try something different.”