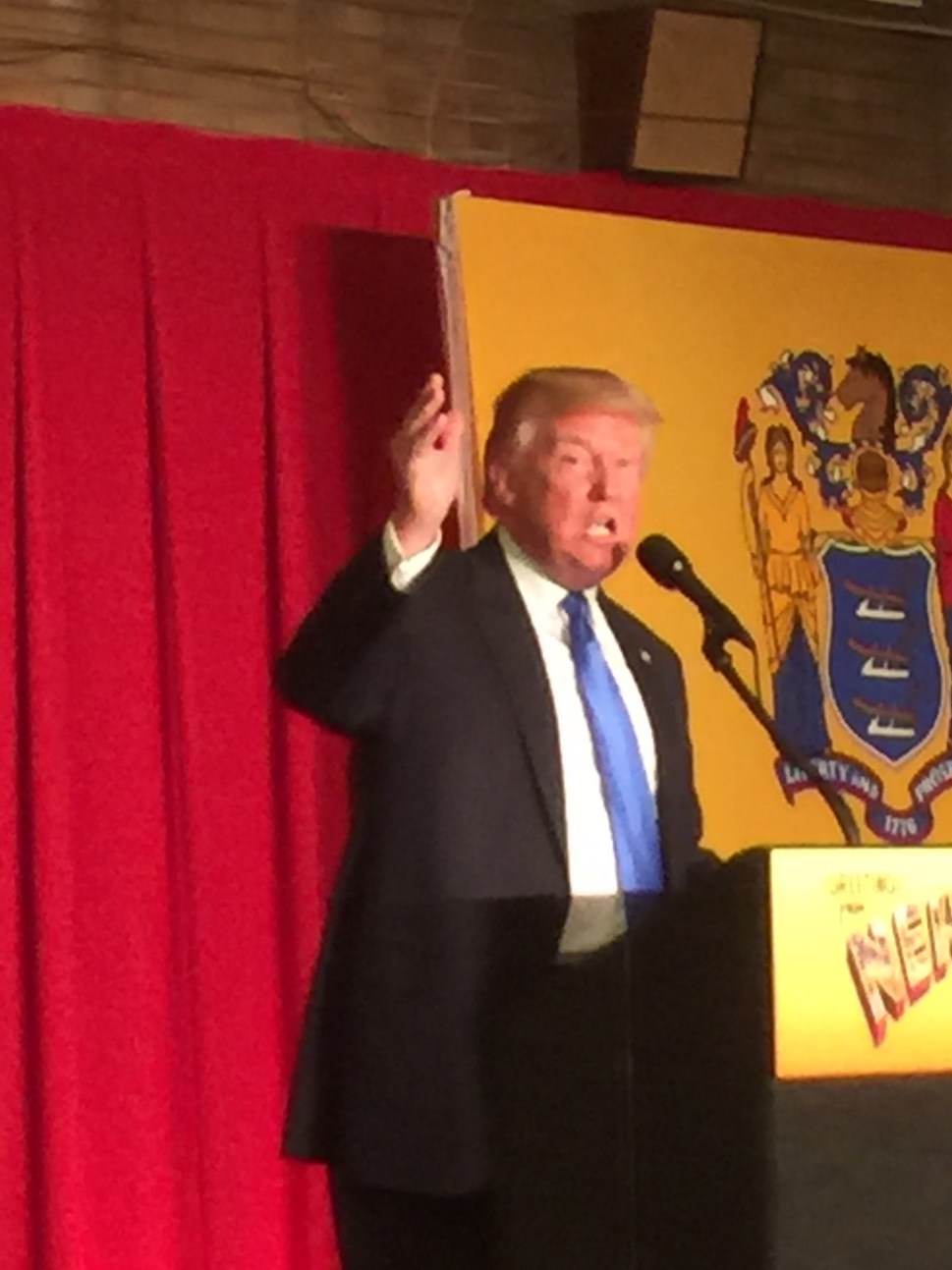 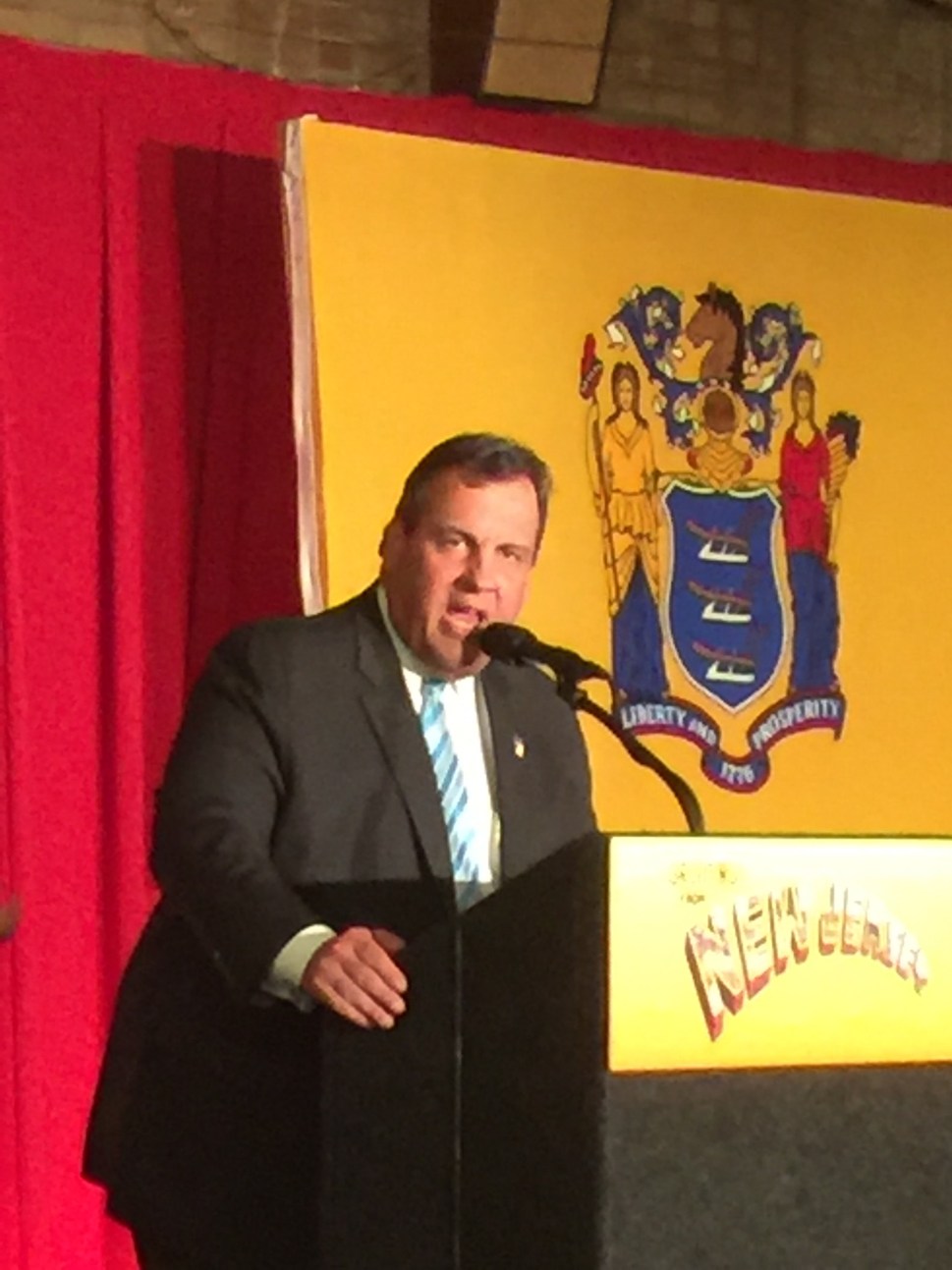 A source in the room described the atmosphere as angry and fed up.

“She’s still a liar,” someone among the crowd of a few hundred shouted in reference to Hillary Clinton.

“Well, I already used that so I have to come up with something else,” Trump responded.

The Republican billionaire real estate tycoon said he was certain a downed plane is an act of terrorism.

Longtime Chris Christie supporter Shirley Force of Union City said she wished Christie would have won. But he didn’t and so now, like the governor, she backs Trump.

“I think the people at the rally were 100% in support of Donald Trump,” Force said, standing in a crowd that included state senators Mike Doherty and Joe Pennacchio.

Not everyone thinks so.

Hundreds of New Jersey residents, students, teachers, veterans, environmentalists, union members, and progressive activists rallied outside Trump and Christie’s fundraiser to protest what they cite as hateful policies with a rallying cry of “No Hate in the Garden State.” Signs with slogans such as “No Hate in the Garden State #DumpChristieTrump,” “Make New Jersey Great Again #DumpChristieTrump,” and “Get your hate out of my state” were plentiful. An airplane, sponsored by New Jersey Citizen Action, circled overhead with a banner reading “MAKE NEW JERSEY GREAT AGAIN. #DUMPCHRISTIETRUMP.”

In his campaign to become the GOP nominee for President, Donald Trump has proposed banning Muslims from entering the country, called Mexican immigrants “rapists” and criminals, proposed banning abortions and punishing women who would seek them, has retweeted white supremacists, and promoted violence against protesters at his own rallies.

“Unfortunately, the use of questionable ethics, the stubborn embrace of hateful policies, and repeated threats of violence have become key features of the Republican Party’s playbook. And Donald Trump’s strange kinship with Chris Christie only underscores that point. The two represent the politics of personal ambition at its worst,” said Matt Farrauto, communications director for the New Jersey Democratic State Committee. “It’s sad that the Governor cares only about himself and his campaign debt, not doing the job he was elected to do, but the lesson for voters is clear: reject the Republicans’ Trump-enstein monster before he tears our country apart with the same glee that Christie has undermined New Jersey.” 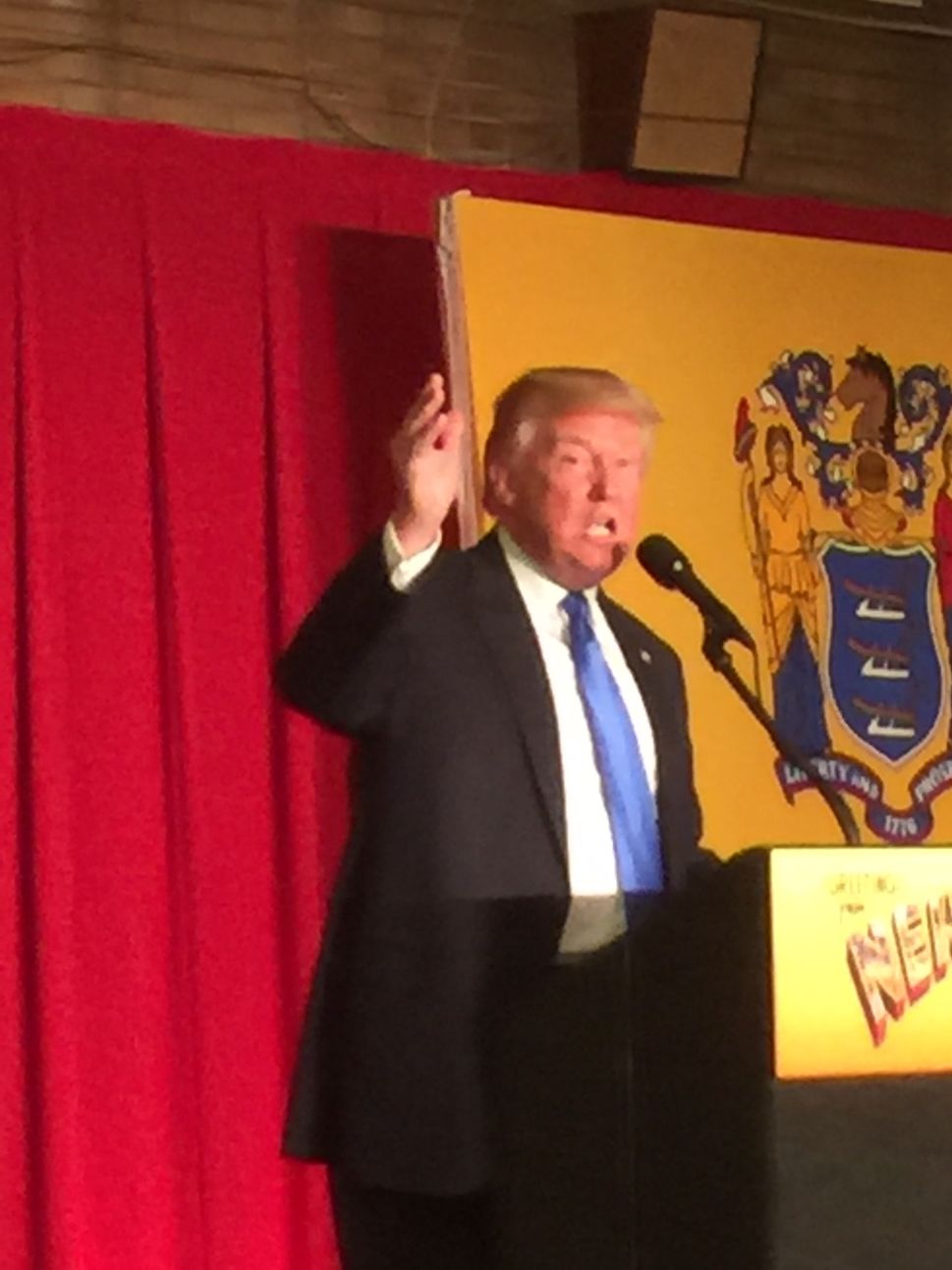