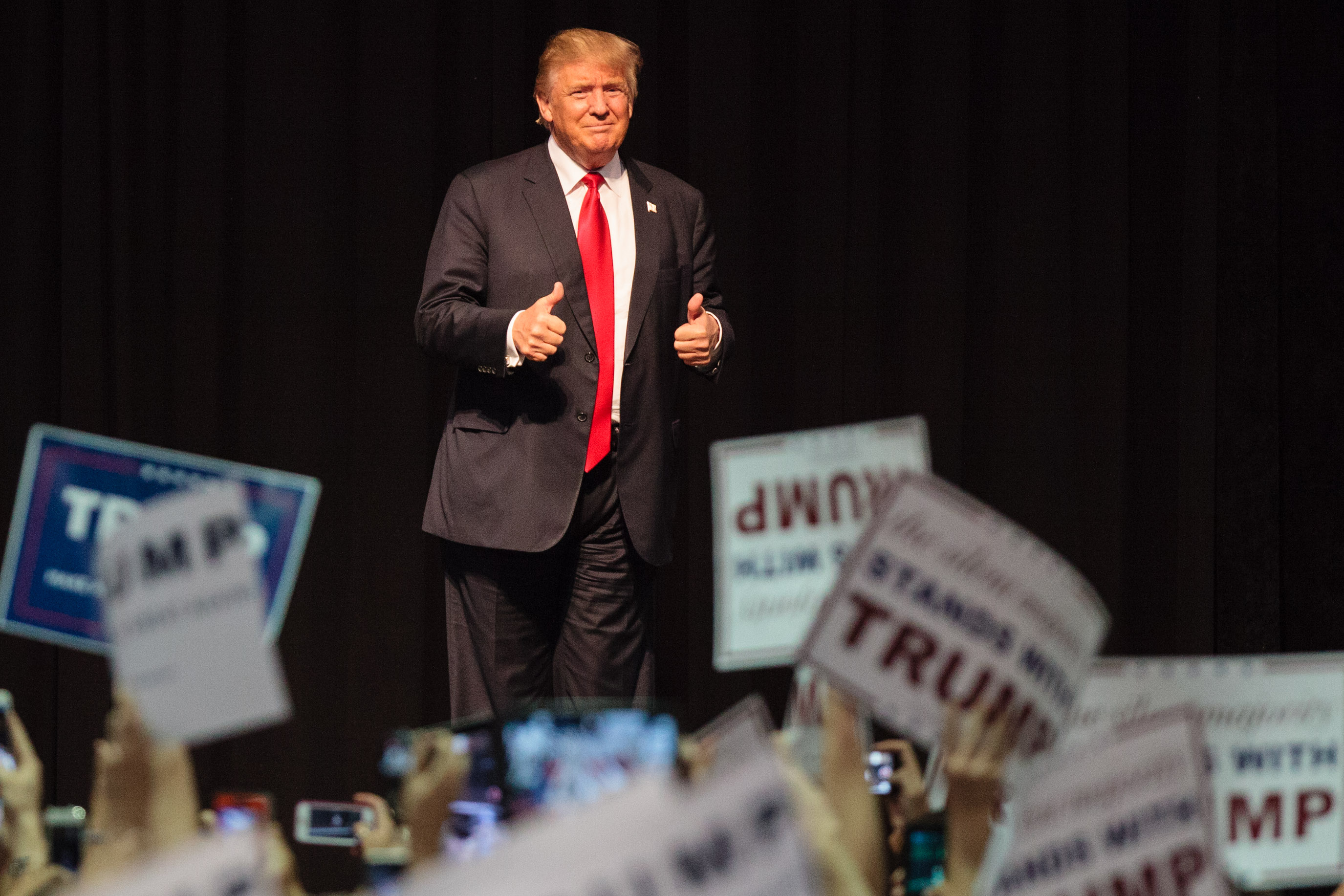 When Republican House Speaker Paul Ryan meets Republican nominee-in-waiting Donald Trump on Thursday it will not resemble Winston Churchill meeting Franklin Roosevelt to plan the Second World War, but will be a highly important and highly revealing meeting that will significantly shape the future of the Republican Party.

Last week’s news that Mr. Ryan was not ready to endorse Mr. Trump was not nearly the bombshell the mainstream media suggested. The speaker was not making a grand proclamation about the presidential campaign or about Mr. Trump.

In football terms, Mr. Ryan—who, like me, is a devout fan of the Green Bay Packers—was punting. He was buying time. Mr. Ryan was hoping to incentivize Mr. Trump to moderate both the tone and substance of his presidential campaign in the hopes of avoiding what many key Republicans believe could be a landslide defeat in November that would endanger GOP control of the Senate and now, potentially, the House of Representatives.

Not long ago, when former Speaker John Boehner stunned the political world by resigning because he did not want to put up with the more obstructionist and conservative GOP members of the House—and then his assumed heir Congressman Kevin McCarthy dropped out of the speaker’s race after his major gaffe of listing partisan attacks against Hillary Clinton as a major accomplishment of the GOP House—Mr. Ryan was reluctant to assume the speakership when all eyes turned to him to replace Mr. Boehner.

I wrote at the time that, contrary to most conventional wisdom, Mr. Ryan would indeed accept the speaker’s post if he demanded and received one condition: His House GOP colleagues would agree to show the respect as speaker that they denied Mr. Boehner, and conduct themselves in a manner that would make the House of Representatives a credible governing institution.

Ms. Palin’s insult against Mr. Ryan was like the flea biting the ass of the elephant.

As I suggested then, Mr. Ryan made such a demand; House Republicans agreed to it. The rest, as they say, is history.

From Mr. Ryan’s point of view, approaching the Ryan-Trump meeting later this week, his best-case outcome is that Mr. Trump shows him the respect worthy of a speaker of the House and agrees to moderate the tone and substance of his campaign sufficiently to strengthen his odds in the campaign against Ms. Clinton in November and—this is the key to understanding Mr. Ryan’s position—protect GOP House members from being defeated in November.

I formerly worked for House Democratic leaders under three Democratic speakers beginning with the legendary Tip O’Neill. I can tell my readers exactly what is happening in the House GOP cloakroom today.

When I worked for Congressional leaders I dealt regularly with every Democratic member of Congress, as Mr. Ryan is doing today with Republican members. Whenever there was a very difficult vote or political situation, I would literally have Democratic members whispering in my ear or grabbing my arm to say, “You have to help me on this.” I would report back to the speaker and whenever possible we would work to solve that member’s problem.

The exact same thing is happening with Mr. Ryan today. All political insiders from both parties agree there is a now a very strong chance Democrats regain control of the United States Senate in November. Most political insiders also agree—at least privately—that if Ms. Clinton defeats Mr. Trump by a large enough margin a significant number of House Republicans will be defeated in November. There is now some chance Mr. Ryan would have to hand over the speaker’s gavel to House Democratic leader Nancy Pelosi in November.

Mr. Ryan’s move last week to say he is “not yet there” to support Mr. Trump was his effort to signal Trump that moderation is called for and that many of his GOP members in the House could be jeopardized.

Mr. Ryan is a highly principled conservative at a time when many national conservatives react to Mr. Trump with deep concern or outright opposition.

The response by certain Trump supporters of attacking Mr. Ryan was the worst possible move because it showed a repetition of the very campaign tendencies that create increasing political risk. The threat by Sarah Palin to defeat Mr. Ryan in a Republican primary only the made the GOP problem worse.

Most Republicans in Congress and leading national GOP strategists believe Ms. Palin is a lightweight gadfly who did more than any single person to destroy John McCain’s presidential candidacy after he selected her as his vice presidential choice in 2008. Ms. Palin’s insult against Mr. Ryan was like the flea biting the ass of the elephant.

Mr. Ryan’s reaction to these insults was entirely proper and predictable. If Mr. Trump asks, Mr. Ryan said, he would withdraw his role of chairing the Republican National Convention—which would be an epic disaster for the Republican Party that could well doom both Mr. Trump and many Republicans running for the House and Senate in November to a historic defeat.

Mr. Ryan is trying to balance competing roles. He is a highly principled conservative at a time when many national conservatives react to Mr. Trump with deep concern or outright opposition. He is the leader of House Republicans when many House Republicans fear they could face grave danger of being defeated in November. He is the nation’s highest ranking Republican and a potential future Republican nominee for president with a reasonable chance of someday being elected to the highest office in the land.

As the Trump-Ryan meeting approaches, Mr. Ryan’s hope is that Mr. Trump accommodates him, and GOP House members running for reelection, enough to justify Mr. Ryan giving Mr. Trump at least a tepid endorsement sometime between now and the opening of the Republican national convention which Mr. Ryan would then chair.

My best guess—without a profoundly high level of confidence—is that Mr. Trump will agree to meet Mr. Ryan somewhere in the middle, leading to Mr. Ryan ultimately giving Mr. Trump at least a formal endorsement.

Political suicide is not a very appealing option, and driving away Mr. Ryan—and causing him to resign his role as chairman of the Republican national convention—would be a political suicide for Mr. Trump. I suspect he will be wise enough to avoid this at all costs.

Mr. Ryan is looking for a way to bring more unity to the GOP and to protect his Republican members of Congress in November. If Mr. Trump offers this to him, the Trump-Ryan meeting will have at least modestly happy ending. If not, all hell will break loose and the GOP would almost certainly face the catastrophic defeat in November that Mr. Ryan is trying to prevent. 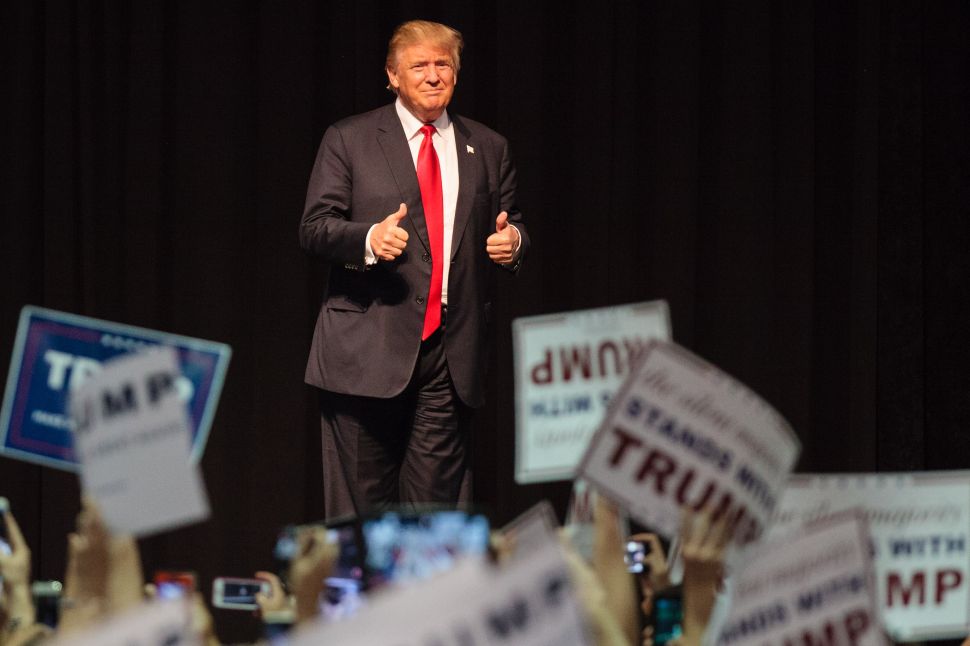