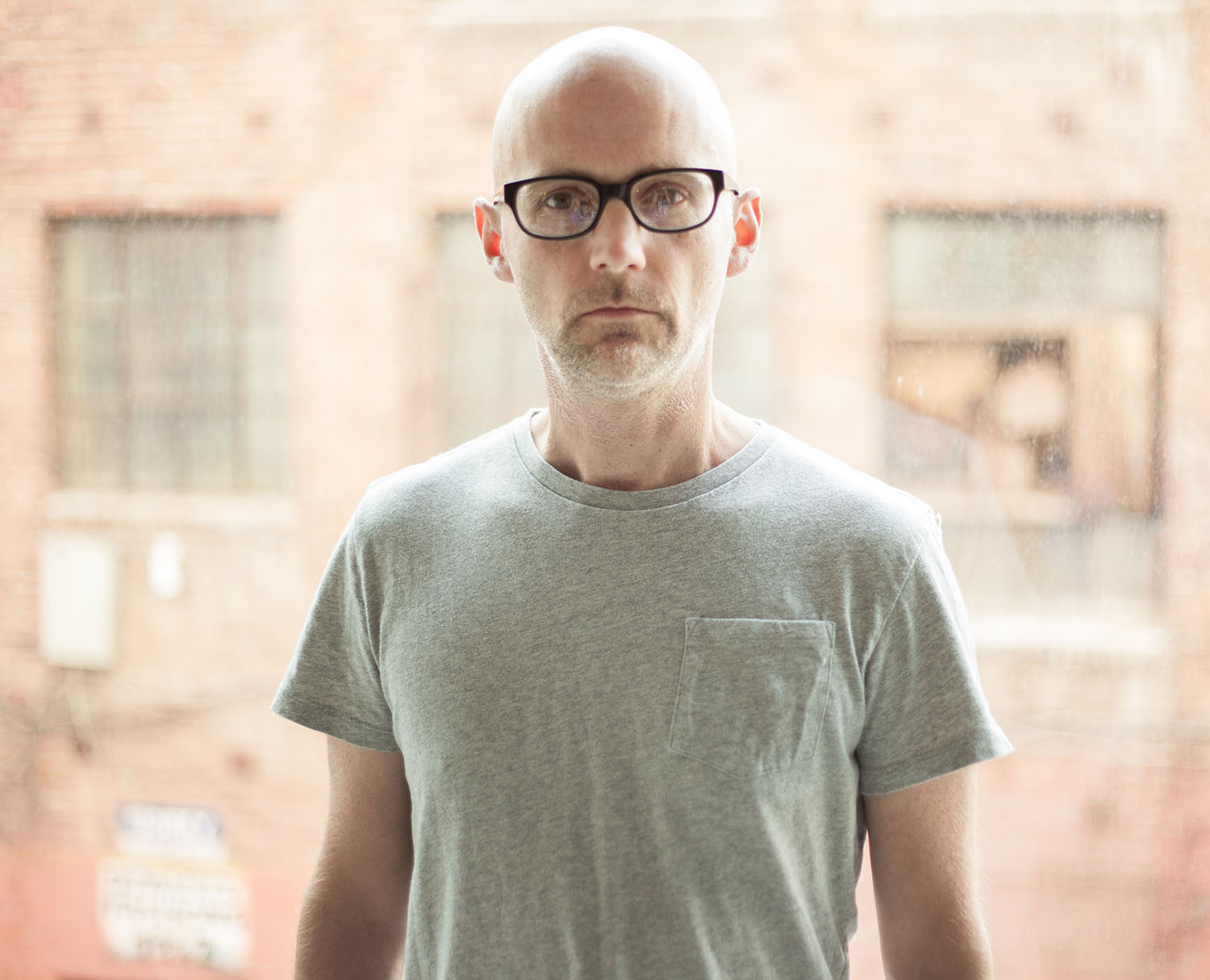 Moby has a confession to make. He’s never been able to get through Moby Dick, the classic novel, which inspired his nickname, written by his great, great, great granduncle, Herman Melville.

“I first tried when I was in the eighth grade,” said the star born Richard Melville Hall. “I got 50 pages in, put it down and went to watch cartoons. Every five years since then I’ve tried reading it and, to my great shame, I keep putting it down. Let’s just say Melville, Hawthorne and some of the other great 19th-century American writers, who were working before electric light and other modern distractions, had a very different understanding of what audiences are willing to commit to.”

Moby, on the other hand, has a far more modern sense of economy, something pleasingly evident from his literary debut, a memoir, published last week and titled Porcelain, for a song he wrote. The book vividly evokes a certain place and time—specifically, New York in the ’90s. It simultaneously presents a portrait of its author that’s withering in the extreme. Moby’s tome concentrates almost entirely on the artist’s years of commercial dry heaves and romantic misfires. At the same time, it offers a perfect freeze-frame of downtown New York in the Dinkins to early Giuliani years, when far more of the cherished stench of ’70s and ’80s city lingered than some may remember.

“Before 1993, people embraced the grittiness,” the now 50-year-old Moby said. “No one minded that walking home meant you would crunch crack vials under your feet and step over dead people. After that, people slowly started to recognize that maybe it was nice to sit in an outdoor cafe and drink a cup of coffee and not have to worry about being stabbed to death.”

Moby had plenty of experience with marginal living growing up. His mother, a drifting hippie, raised him alone after his alcoholic father ran off. While they lived in affluent Darien, Conn., Moby grew up poor. By teenhood, he was living on his own, sometimes in squats. He learned some useful lessons there—like that it was best to set up camp in abandoned industrial areas because no one had ever eaten there, making it uninviting to rats.

To escape his environment, and pursue his dream, Moby made his way into the New York DJ scene by his late teens. He got his first break at Mars, located in the then red-stained Meatpacking District. The sticky-sweet smell of animal blood on the streets emitted “an unmistakable pheromone,” he recalled.

Amid these sex and drug-soaked clubs, Moby stood as the greatest possible outsider. As a sober, vegan Christian, who also happened to be Caucasian and straight, Moby called himself “a quintuple alien.”

Because he had grown up very poor in a wealthy town, however, he said, “I was comfortable being an outsider. And it seemed remarkable to me that I was allowed into hip-hop clubs or gay, Latino, Asian, African-American clubs. I felt such gratitude that they welcomed me.”

Moby went on to spin at the Palladium and Limelight, as well as his favorite spot, a forgotten club in what was then the Flower District, known as The Building. “They had what was probably an 80-foot-high ceiling,” he recalled. “Real estate was so cheap back then that all the clubs had these great architectural features.”

One night, while spinning at an obscure club of the day, both Madonna and O.J. Simpson showed up—not together. This was a few years before “the trial of the century.” “What confused me about O.J. was how badly he danced,” Moby said. “He danced even worse than I do. How is that possible?

“Madonna was the first huge celebrity I met,” he added. “She was far smaller and far more normal than I expected.”

In his club days, Moby noticed a key change in the drugs favored by the crowd. “From ’92 to ’93, it switched from ecstasy to Special K, which changed everything,” he said. “The great experience of someone on ecstasy is spending eight hours throwing your hands in the air and touching people’s faces while telling them you love them. The great experience of someone on Special K is sitting on the floor for five hours lost in your own thoughts. It doesn’t make for the most celebratory nightclub environment.”

Meanwhile, over in the U.K., Moby became a king of the burgeoning rave scene. While he attracted plenty of women in that world, he still felt grossly inferior in the dating game. “We tend to hold on to old insecurities that haven’t been empirically supported for a long time,” Moby said. “It’s hard let go of that negative sense of self.”

Toward the book’s close, Moby loses his mother, who was just 55 at the time. He also starts drinking and doing drugs, something he said took over his life for years after. Just beyond the book’s timeframe, Moby shot to fame. In 2000, his Play album broke through in a novel way, via licensing deals of songs to TV, movies and advertising. Though that’s now a common strategy, Moby took major flack for it at the time. He remains puzzled by that. “It seemed ironic to me that lot of the journalists who criticized me for it wrote for magazines that were wholly dependent on advertising,” he said.

Six years ago, the star finally left downtown New York for L.A. “I thought I was going to hate it because all of my urbane New York friends told me I would,” he said. “But, over time, I fell in love with this weird, dysfunctional city that’s warm in the winter and filled with old movie stars and strange artists.” That includes rocking out with Miley Cyrus in a Flaming Lips film and collaborating with pop producer Robin Schulz for a side project, Moby & the Void Pacific Choir.

At times, however, he still pines for the Northeast, “where plants can grow without irrigation.” He also has fond feelings of the ’90s New York club scene he helped define. “If you turn on the radio, all you hear are songs influenced by house music and hip-hop—both genres that came out of that world,” he said. “The fashion and nightlife of that time are just as influential. So much of modern culture had its birth in that little crucible in New York.” 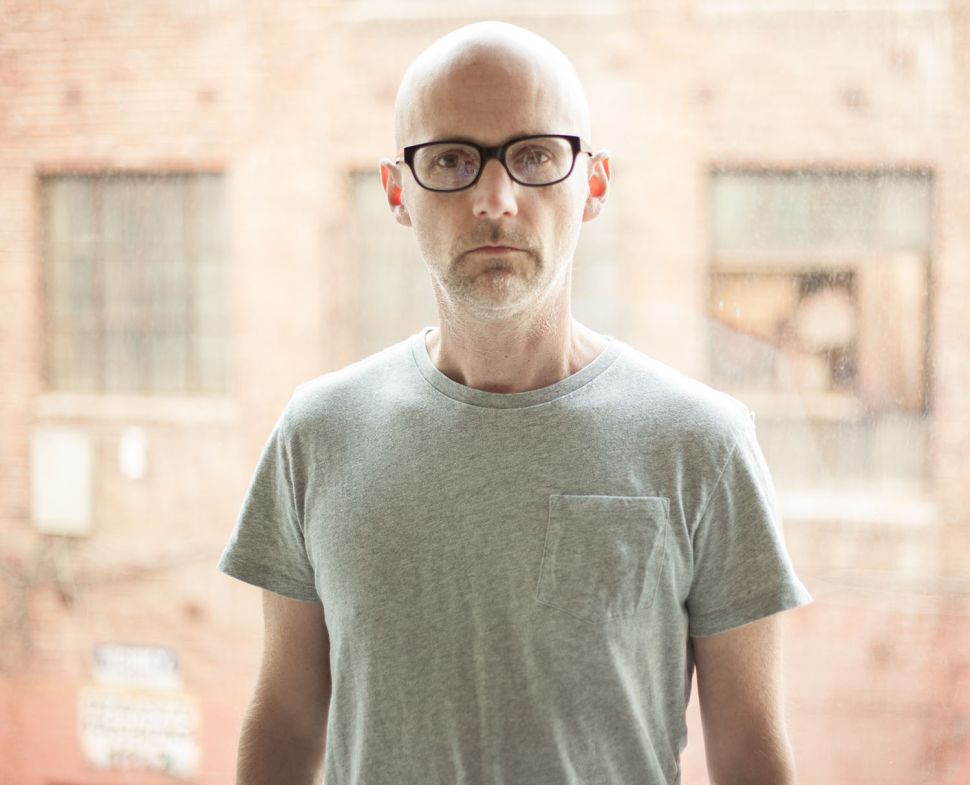