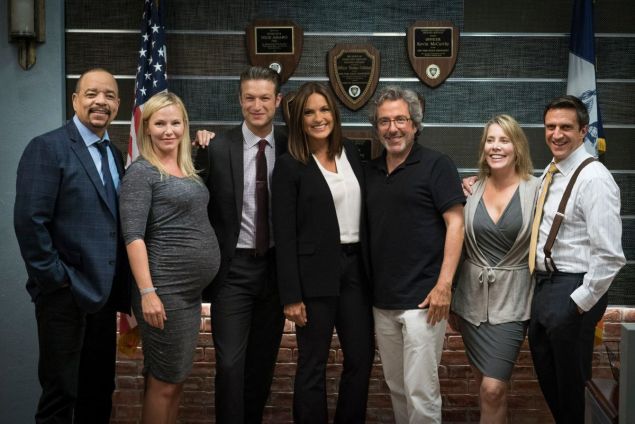 For the last five years, he’s been the creative lead behind the popular series, Law & Order: SVU, but now he’s moving on. As showrunner Warren Leight takes his leave of the drama series he talks about his time on the show, his final days with his team and what legacy he hopes to have left behind.

“We did 117 episodes during my time and that feels like a substantial body of work to me,” begins Mr. Leight. “I got to do a lot of things with this show and I’m very proud of the run. It feels a little strange to give this up, but now I also don’t have to read through emails about horrible crimes,” he says with a slight laugh (which is not in any way maniacal!)

Talking about the experience of his final days working on SVU, Mr. Leight says, “It was nice. Because I wasn’t going right into thinking about next season, I got to be on set a lot and I realized that I really missed being there. I never got to be on set as much as I wanted to when we were in full production; there just wasn’t time. With this final episode, there were a lot of really emotional scenes and I liked being there with the cast and crew for those. After five years it was a nice to do a series of long days on the set with everyone. I think it gave all of us a sense of closure.

Asked if he did everything he wanted to do during his time on the show, Mr. Leight didn’t hesitate to say, “Maybe not everything, but I’ve very happy about a lot of what we were able to accomplish.

He took a breath as he went on to say, “I’m really happy that, with [fellow Executive Producer Julie Martin] we got to create the characters of Rollins, Amaro, Barba, Carisi, and Dodds Sr. and Jr. Also, that I got to give Olivia baby Noah.”

Laughing a little, Mr. Leight adds, “Well, really I’m proud that we stayed on the air. No one wants to be the guy who brings down a show.”

Regaining his composure a bit, he adds, “I really like that we changed the storytelling on the series and that we got to empower Olivia more and more each year. I really hope that continues for years to come.”

Explaining this evolution he says, “When I first came in I think people were hoping that we’d just get another alpha male detective and slap him into the squad car with Olivia and have another unrequited, tension-filled relationship, and I thought, ‘I want to do the complete opposite of that because they’ve already done that,’ so that’s what we did.”

Aside from the massive amounts of character development, Mr. Leight is also pleased that he was able to further define the way police work was shown on the series. “We very much wanted to get away from homicides, which really aren’t under the purview of the SVU squad, and show what real SVU detectives told me was the hardest part of the job – dealing with living victims whose bodies are crime scenes and who have to prove that they didn’t want to have what happened to them happen. Once we heard cops tell us that, we were like, ‘oh that’s what this series needs to be about – the victim’s journey and our guys working to make sure victim is heard.’”

Within the storytelling aspect of SVU, Mr. Leight points to the development of an another element that previous Law & Order series had consciously steered clear of – continuity. “We wanted to show the cumulative effects of this work on our people so we felt that showing their lives and the interactions between the squad members became more and more important as time went on.”

Mr. Leight is also happy that he got to continually tap into the New York theater scene and give those actors roles on his show. “I got to give a lot of amazing actors really juicy parts and they repaid me with their brilliant performances.”

Amid all of these positive changes, there are a few things that Mr. Leight wishes had gone a bit differently. “I have to admit that there are about eight episodes that I want back. There are ok things in some of those eight, but they were a struggle and didn’t really turn out as I’d hoped they would. People should know that it takes a lot to get a really good episode and it takes a lot to get a really bad one as well, so it’s not in the effort. To have it make sense in the long run, you have to look at those episodes as just part of the process.” Then he adds, “But, eight out of over a hundred is pretty good so I’ll take it!”

He also laments some of the elements outside of the show that created added stress for those working on the series. “We had a lot of different lead-ins that didn’t do well and that was tough. We also went up against number one shows on ABC and FOX. But, even given these issues we outperformed everyone’s expectations for the show. And, in hindsight this was a very strong show for NBC over the last five years and I wish we didn’t have to have the anxiety that we had at the end of almost every year; that pressure of not knowing if the show was coming back [the next season] when you know that it deserves to come back just zaps your energy.”

And yes, Mr. Leight did mention the “Meloni situation” as something he wished he could have taken in a direct direction. “It’s true, I really wanted about four episodes to arc him out. I think the fans got jacked on that.”

Mr. Leight goes on say that he wants to give huge props to those same fans for their commitment to the series. “I really think that the reason the show survived is because they stayed with it. They could have walked away and not only did they stay with it, but the amount of enthusiasm they brought to it each week – through Facebook and Twitter and all of that, helped a lot. Everyone knows that a 17-year-old show isn’t going to get a big advertising budget [from the network] and the fans really picked it up in that area and that was great. I think the SVU Diehards, as we all call them, kept the show on the air and I’m grateful for that.”

He also wants to assure all that while he may be taking his leave, a change in regime can be a good thing, “Sometimes it’s necessary to infuse something, especially a show that’s nearing it’s second decade on the air, with some new blood. I think it’s exciting to have these new team members to bring in fresh ideas and stories and I think the fans will find this to be true as well.”

Reflecting a bit more on his decision to move on, Mr. Leight says, “ Of course as I’m leaving I’m thinking, ‘Am I doing the right thing?’ But, as we’ve been saying and really showing on the show pretty much since I started, change isn’t a bad thing, it’s just something that happens all throughout life and you should embrace it.”

Admitting that he’s not sure what the future holds for him (although he admits he has plenty of projects in the hopper), Mr. Leight explains, “I think it’s good to be scared. It’s important to be scared as a writer. It’s a very quick transition from groove to rut so I want to make sure I’m challenging myself and it’s not just, ‘I can do this job and the money’s good and I like everyone I work with.’ You want to get out with a few stories left to tell. We’ve all seen shows were the showrunner has overstayed and the actors are bored. I didn’t want to get to that, so it was time to go, and whatever trepidation I have about leaving, I know that I’ve done the right thing at what I feel is the right time.”

And with that, this particular Mr. Leight may be shutting down on SVU, but there’s clearly plenty of illumination left both in the man and series. Without a doubt, both will continue to shine brightly. 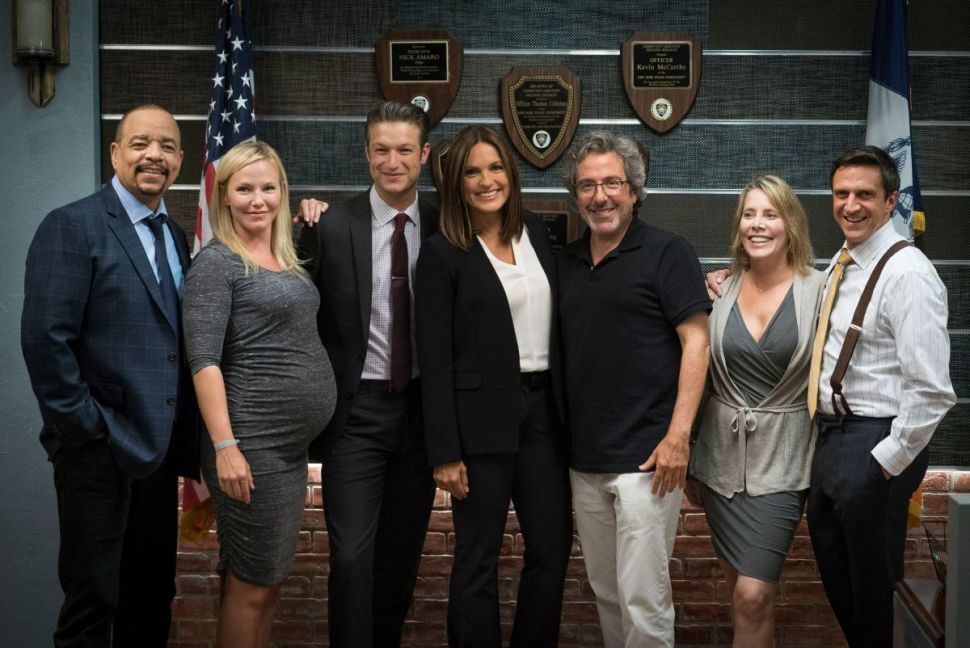