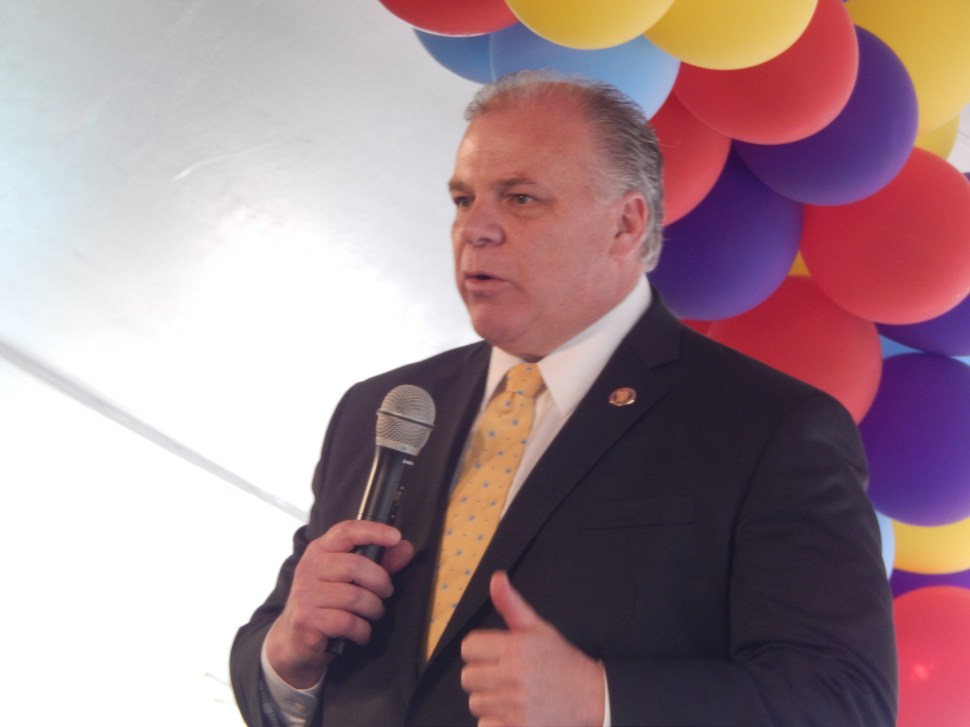 NEWARK – At his worst, Senate President Steve Sweeney (D-3) as a 2017 Democratic gubernatorial candidate appears helplessly handcuffed to a heartbreaking handicap, namely a Republican governor gurgling at 26%; for Sweeney the consequence of numerous photo ops over the years that have the prez in too cozy a proximity to the all but bottomed-out Governor Chris Christie.

But Sweeney – at the very least and in addition to his own considerable labor heft – has the advantage of close ties and adequate jumping room to get through those same hula hoops that all prior gubernatorial candidates cleared on their way to Drumthwacket.

Among those fixtures on the obligatory obstacle course stands the North Ward Center in Newark, where Christie himself rushed in 2009 to heap goodwill on Steve Adubato, Sr. in a play to break then-incumbent Democratic Governor Jon Corzine’s hold on the boss’s heart strings. Christie proved an effective romancer, prompting Adubato to proudly pronounce, in the aftermath of the former U.S. Attorney’s statewide victory – that Christie was, after all, “Italian.”

If Sweeney suffers the progressive progressive’s lament that he not only occupies a political atmosphere too close to Christie but also comes compressed into too scrunched a space conditioned by party bosses, he also has the good natured and reasonable understanding of politics in this state, and easy access to those well worn rings that all who thirst for power must first kiss.

Like it or not, it is a machine state, and key to success is knowledge of the nerve centers.

Now retired from his perch at the North Ward Center, the senior Adubato handed off the operation to his daughter, educator Michele Adubato, who this evening hosted a Night of Hope, dedicated to the families and supporters of people with autism, spectrum disorder and developmental delays.

New Jersey has the highest rate of autism of any state in the country. NJ’s 1 in 41 births (a rise of 12% from the 1 in 45 reported two years ago) compares to the national average of 1 in 68 births; with boys 4.2 times more likely to be identified with ASD than girls. A recent study by the CDC finds that “the percentage of children with ASD continues to be higher in this area (New Jersey) compared to other areas (tracked) in the United States.”

Overseer of five publicly funded care and educational institutions in the North Ward of the city, Adubato is particularly attentive to children with special needs. She worked for 25 years in the Newark Schools System and was principal of the New Jersey Regional Day School where she worked with children with autism.

Even before his introduction, Sweeney looked receptive in the front row.

Part of his allies’ efforts now ahead of 2017 includes the projection of righteous indignation in the direction of the sitting governor, and so it was that Adubato – by all appearances a big fan of Sweeney’s – denounced what she cited as the sitting administration’s tin-eared response to autism before introducing Sweeney as a real advocate.

Sweeney proceeded to give a heartfelt speech, one that appeared to connect with the crowd, as he talked about his daughter’s disability and his own efforts in  public life to get adequate funds in South Jersey to address the needs of children with Down’s Syndrome.

“My daughter has Down’s Syndrome,” said the senate president. “This is autism. But a disability is a disability.”

He stopped short of slapping Christie on the issue of the night, namely the state Division of Developmental Disabilities force-feed of a statewide plan for autism that Adubato argues is simply not credible.

“I am extremely frustrated with this administration – not the governor; he’s been helpful,” the senate president said.

The senator from South Jersey stuck around to help Adubato award a $1,000 check to mom Nadine Arbubakrr.

“My relationship with Steve Sweeney has always been genuine,” said Adubato.  “He’s right. It’s less the fault of the governor than DDD. The Division of Developmental Disabilities is doing a disservice to the governor.”

Running out of South Jersey, Sweeney’s statewide sell will include his making the case that he can connect – not just with the machines – but with North Jersey voters who make up the machines – on their issues. That connection tonight proved no strange regional contortion for Adubato. 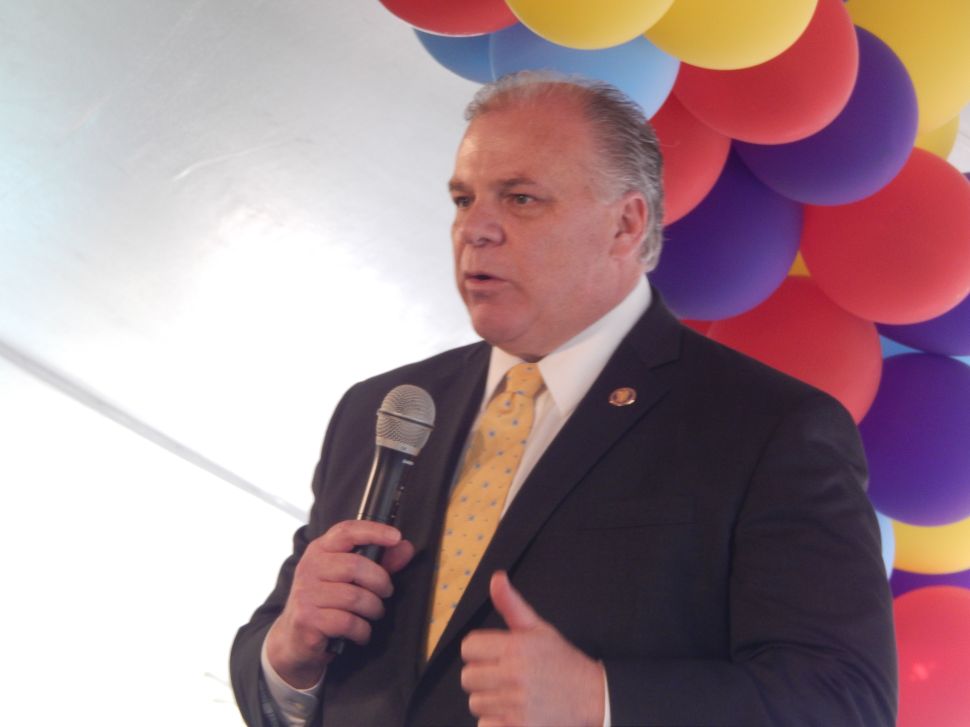