No offense to Mr. Soderbergh’s original film, which I actually saw on a date on opening night at the Tribeca Film Festival years ago (and found infinitely more interesting than my actual date), but Amy Seimetz and Lodge Kerrigan’s adaptation of The Girlfriend Experience as a TV show for Starz is a far more interesting case study than its source material. This was a show that didn’t hook me in at first, because it didn’t seem so much “novel” to adapt a movie about a sexy sex worker to a TV show about a sexy sex worker, especially not on a channel like Starz, which has found its niche with its sexy bodice-ripping Outlander. (Though, like The Girlfriend Experience, Outlander ultimately presents a more nuanced, uncomfortable and complicated relationship to its own sexuality than a glance might suggest.) In Mr. Soderbergh’s hands, The Girlfriend Experience put its emphasis on its first noun, because this was in the years when SeekingArrangement.com was still a budding flower that led to a million think-piece articles about what it meant to be a smart, sophisticated young woman who engaged in a specialized type of escort service. (“This isn’t your mother’s prostitution ring!” is the joke that I never made, but always wanted to.)

But as transformed by Seimetz and Kerrigan’s touch, The Girlfriend Experience is all about that final word. Christine Reade (Riley Keough) may be a particularly hard nut to crack, character-wise, because the show doesn’t concern itself with explaining why she does what she does, only the fact that she does it. It’s the experience of being Christine, who just happens to be, among other things, a woman who has sex for money. (And other perks, like being able to order the most expensive champagne AND the most expensive wine AND fried calamari, and charging it to someone else’s room service bill.) She’s also, for instance, a very ambitious intern for a law firm. An increasingly center-stage subplot of the show is how Reade acquires power at the firm, both through extreme diligence, and when that doesn’t work, manipulation, coercion and a hint of espionage. The character that Christine most closely resembles, both in her poise and her ambition, is Claire Underwood from House of Cards, a similarity that is no doubt highlighted by placing her opposite a young-ish partner at the firm played by Paul Sparks, who was last seen in bed with Robin Wright at the end of season 5 of the Netflix political thriller. (And before that, as the nasally Mickey Doyle in HBO’s Boardwalk Empire.)

It’s hard to point out why a show so much concerned with a style of life (“lifestyle” seems too flippant a term) instead of a reliable narrator works so well, and so unapologetically at that. Does Christine like sex, or just need it to feel in control? Does she even feel things the way the rest of us do? In an early episode, we see her talking to her sister, a D.A. played by indie darling Seimetz (who you’ll recognize from Upstream Color, Family Tree, You’re Next, or a slew of other slightly-under-the-mainstream-radar projects), explaining her lack of a social life: “I just find that I don’t like spending time with people; it’s a waste of time and it makes me anxious.” Her last boyfriend, Jake, was deemed “too available.” In the same episode, Reade openly wonders about whether she may or may not be a sociopath–someone who, in essence, only pretends to feel things in order to maximize the transactional value of each interaction–but ultimately she doesn’t seemed overly concerned about it.

I’ll admit, some parts of The Girlfriend Experience, including the above-mentioned sociopath conversation, do seem like a sleight of hand on the part of the showrunners, designed to stave off critiques that the show may be glamorizing or trivializing sex work by having its main character gravitate toward a high risk/high reward lifestyle because of her atypical psychopathy. (As opposed to, say, her race or class.) There are moments where Reade becomes so opaque that she might as well just be the human manifestation of the “Cool Girl” screed from Gone Girl. (Which, considering how well people reacted to that speech in the film, is not a great sign.) But while the criticism of the Cool Girl was that she was a facade, it works for Reade, a woman only comfortable while pretending to be someone else’s ideal of her. That’s not excuse for her, but nor is it meant to be one.

The show isn’t really interested in excuses, or explanations, or even in words, really: there’s a pretty notable lack of substantive conversation in The Girlfriend Experience. When people do interact, the scenes can veer from the semi-improvised meandering of Togetherness or Transparent (as is the case of any scene where Seimetz appears) to a stiff, formal “scripty-ness.” (Though whether that’s an affectation of the show’s, or merely of Reade and the role she is playing out in this artificial social sphere, is hard to say.) But despite its confidence, you’d be hard-pressed to find a show less interested in taking the easy way out, or making things easy on its viewers than The Girlfriend Experience. As Matt Zoller Seitz wrote in an extremely well-articulated piece about The Girlfriend Experience (which he named “One of the Best Shows of the Year“):

If you aren’t sure what to make of it, how serious or unserious it is, whether to be turned on or off by the sex, or how to interpret particular revelations about the heroine’s past and her psychological development, you’re watching it right.

Put aside the question of likability, because there is nary a likable thing about Reade, other than the way she looks. Put aside the question of relatability, because that would be like trying to use Tiffany’s glass for a mirror. The Girlfriend Experience is just that: a singular experience, sum neutral; to be devoured and lived through, without a prescribed moral statement. In that way, maybe not so much different than any of ours.

The Girlfriend Experience is on Sunday on Starz, or can be watched in its entirety at Starz.com. 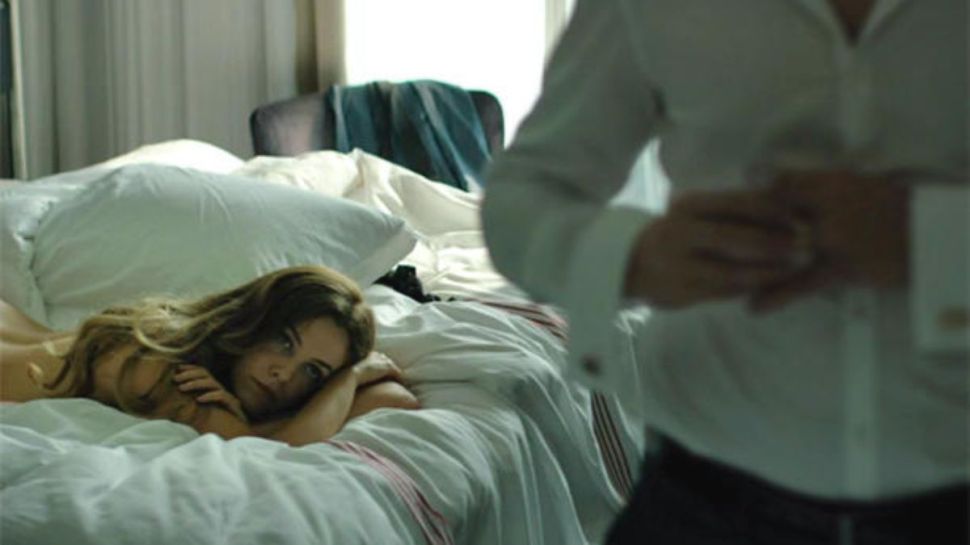