Opening: “Sean Scully: Circa 70” at Cheim & Read Ridgewood
Irish art star Sean Scully, who has shown his work at our venerable Met and the Tate in London, now brings his work to… an anonymous industrial space in Ridgewood, Queens. An interesting choice, to say the least, but I’m going to guess that the mega-gallery Cheim & Read, which is presenting the show, knows what they’re doing here. The show is comprised of an interesting body of work that the artist produced “circa 1970” when he was just a wee art school lad, so it should be worth the treacherous passage on the L, M or whatever other train goes there (make sure to bring a compass and at least three days worth of food, just in case).
16-13 Stephen Street, Ridgewood, Queens, New York, 6-9 p.m.

Opening: Open Studios at the Sharpe-Walentas Program
The Sharpe-Walentas Program, which awards rent-free studio spaces to 17 artists for one year, is celebrating their 2015-16 selections with an open studio reception down in the tiny Brooklyn hamlet of Dumbo (a.k.a. Walentasville). There are some talented artists this year, including Yevgeniya Baras, Mike Cloud, Aliza Nisenbaum, Victoria Roth, and 13 others. If you go, bring your checkbook, because these artists will never be this cheap again (and because Dumbo is really expensive—a hot chocolate is like $9 there).
Sparpe-Walentas Program, 20 Jay Street, 7th Floor, Brooklyn, New York, opening: Friday, 6-9 p.m.; viewing hours: Saturday and Sunday, 2-6 p.m.

Screening: “Mommy” by Maggie Lee at the Whitney Museum of Art
Maggie Lee’s 2015 film Mommy, which is being shown alongside the just-opened Whitney exhibition “Mirror Cells” as part of an ongoing film series from the show’s curators Christopher Lew and Jane Panetta, is a playful yet emotional meditation on the sudden death of the artist’s mother in 2012. The work combines drawings, photos and animation from the artist’s suburban New Jersey hometown in order to process the grief surrounding her loss. A conversation between the artist, curator Chrissie Iles and associate curator Jane Panetta will follow. Tickets are required and can be purchased on the Whitney website (there is also a screening at 4 p.m. on Sunday, May 22).
Whitney Museum, third floor, 99 Gansevoort Street, New York, 7-8:30 p.m., Tickets: $10 adults, $8 members, students, and seniors

Talk: “The AFC Workshops: 21st Century Survival for Artists” at Art F City
This series of artist survival workshops (from a nonprofit that, like most, also has to struggle to survive) looks fairly interesting and will offer pro tips from artists, educators and art-world insiders on both cutting-edge and outside-the-box topics. At 10:30, artist Anthony Antonellis will lay down some knowledge about the best practices needed for storing your digital art; at 1:30, community marketing specialist, Eleanor Whitney, will offer strategies on how to streamline—and eventually master—your grant applications; and at 3:30 artist and curator Faith Holland will host a GIF workshop so that you can crack up your stoner friends with some dank memes. They workshops are $20 each or you can get all three plus three more in June for the low, low price of $75.
Art F City, 20 Jay Street, Suite 309C, Brooklyn, New York, 10 a.m.-6 p.m, $20 dollars per workshop

Talk: “Robert Ryman Symposium” at Dia:Chelsea
The second part of this two-part symposium on the career of Mr. Ryman, held in conjunction with his killer retrospective up now at Dia’s Chelsea branch, should once and for all answer the question we’ve all been wondering: why does this guy like white so much? Speakers will include art conservator Sandra Amann, artist Fernanda Gomes, critic Suzanne Hudson, and musicologist John Szwed, with moderation duties provided by art historian Kirsten Swenson. Suggested attire is either white tux and tails or wedding gown, while marshmallows and cauliflower will be served (ok none of that is true).
Dia:Chelsea, 541 West 22nd Street, 11 a.m.-4 p.m. Tickets: $10 General, $8 Students and seniors, $5 Dia members

Opening: A celebration for “A Change of Place: Four Solo Exhibitions” at The School
In honor of two fine years in existence, Chelsea dealer Jack Shainman’s 30,000-square-foot brain baby known as The School will host a Sunday celebration, complete with food, drink and plenty of adorable artists. You’ll also be able to see four very interesting shows in this renovated Kinderhook, N.Y. schoolhouse from artists Pierre Dorion, Hayv Kahraman, Richard Mosse and Garnett Puett. And the best part? Admission is free and the event is open to the public! I can’t think of a better way to spend a Sunday, can you?
The School, 25 Broad Street, Kinderhook, New York, 2-6 p.m.

Event: “Tom Sachs: Tea Ceremony” at The Noguchi Museum
Being held as part of the exhibition Tom Sachs: Tea Ceremony at The Noguchi Museum, “tea expert” Johnny Fogg (who should, based on his name, definitely have his own reality show) will lead the latest in a series of chanoyu, which is a traditional form of Japanese tea ceremony. These irreverent takes on time-honored rituals are limited to two or three guests—who will be selected by lottery on the day of the ceremony—so sign up here and maybe you’ll get to kick it with Johnny amongst the serene bric-a-brac of Mr. Sach’s unique mind. And don’t worry if you miss registration: there are more ceremonies scheduled through June 3.
The Noguchi Museum, 9-01 33rd Road, Long Island City, 12-3:30 p.m. 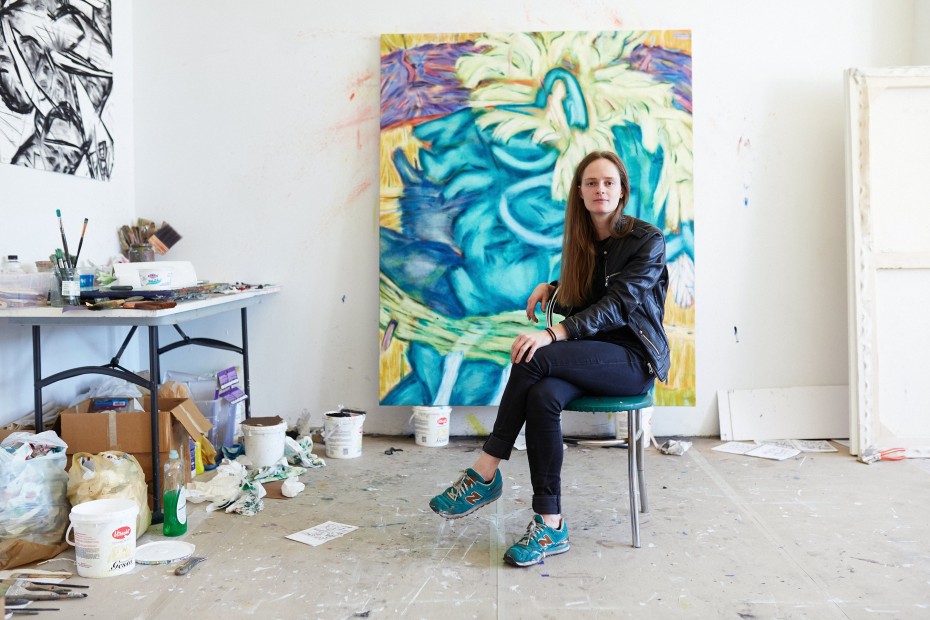