Across religions and cultures, humans have attempted to bridge the gap between life and death. The human death rate is 100%. Everybody dies. Yet, that hasn’t stopped us from trying to postpone death or to find ways to reverse it.

In countless works spanning every genre of literature and film, death and exploration of the afterlife has been a recurring theme. Orpheus, a Greek mythological figure, ventures to the underworld to retrieve his recently departed wife, Eurydice. One of the hallmark works of the Renaissance is Dante Alighieri’s Divine Comedy, a poem detailing the journey through hell, purgatory and heaven. While the humanities have served to muse on the magnitude of our ignorance when it comes to death, science has steadily progressed in finding ways to beat it.

The biotech firm BioQuark was recently granted permission by the National Institutes of Health to begin clinical trials on 20 brain-dead patients on life support. In an attempt to bring them back from the dead, scientists will test a variety of therapies over the course of a month—from injecting stem cells to deploying nerve-stimulating techniques often used on coma patients.

“Even if you could get cells to grow—even if you could replicate some semblance of the architecture which existed previously—replicating all of those neurons and all of those connections in a way that makes it possible even for basic brain function to continue, that is a huge challenge,” cautioned Dr. David Casarett, Professor of Medicine at the University of Pennsylvania Perelman School of Medicine, in an interview with the Observer. In 2014, Dr. Casarett wrote Shocked: Adventures in Bringing Back The Recently Dead. The clinical trials, he noted, also raise ethical concerns.

“You don’t really know what is going to happen when they start trying to regrow neurons,” he explained. “One possibility is absolutely nothing happens. Another possibility is function increases to varying degrees in varying people, leaving people in a strange in-between state.” These are decisions to be made by consenting family members, as one potential outcome could leave participants in a state somewhere in between brain-dead and comatose. “You wouldn’t necessarily be doing the patient or their family any favors by creating that condition.”

A clinical trial is currently underway at the University of Pittsburgh Medical Center, in which emergency room patients have their blood drawn and replaced with a cold saline solution to induce hypothermia, thereby slowing metabolism—ideally for transport and resuscitation efforts to be more effective. Similar procedures have found have high success rates on dogs and pigs without functional complications. Hydrogen sulfide has also been used to induce the same effect in mice, which doesn’t demand the equipment and cooling process needed to induce hypothermia. The jury is still out as to whether this method could be applied to humans.

The use of cryogenics, for now, borders on science fiction—but that hasn’t stopped scientists and wealthy enthusiasts from trying to make it a reality.

Humai, an L.A.-based robotics company, hopes to freeze human brains after death with the expectation that technology will soon catch up—allowing the brain to be resurrected in an artificial body. Neuroscientists have excessively cautioned about lending cryogenics credence, but scientific research has blurred the definition of death and the consensus on when it occurs.

For centuries, death was called at the moment the heart stopped beating. However, medicine has evolved to the point that cardiopulmonary resuscitation (CPR) is now a common life-saving technique incorporated in basic first aid training, along with more advanced forms of resuscitation—like defibrillators—that can restart the heart. Several cases have been cited where a person under cardiac arrest has been brought back to life hours after they’ve technically died, when cooling processes and correct resuscitation procedures are implemented. According to a 2012 study published in Nature, skeletal muscle stem cells can retain their ability to regenerate for up to 17 days after death, redefining death as occurring in steps rather than at one single moment.

Despite groundbreaking progress in the medical field to extend life expectancy and cure illnesses and ailments which were once considered to be fatal, the human imagination will always far outpace the realms of what is logically applicable. Efforts to bring back the dead and prolong life are embedded in our biology, as exhibited by humanity’s obsession with mortality. There will always be limitations to how far science can push back against death, but the ways we figure out how to do so—in theory, fantasy and practical application—are certainly thought provoking. 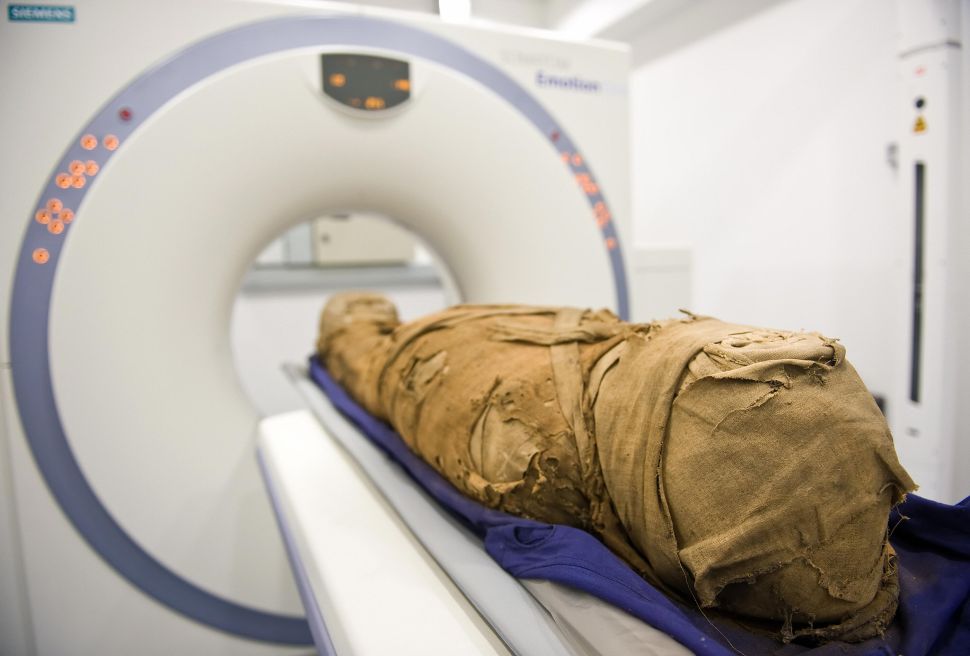