When you think of the major fashion capitals, four cities spring to mind: New York, London, Milan and Paris. But if IMG has any say, Australia will possibly soon become at least a second tier destination along with cities like Miami, L.A. and Berlin. “IMG today announced that Mercedes-Benz Fashion Week Australia will become the first event to host an annual, organized showcase of Resort collections,” the company said via release last October. And now, with this year’s event having come to a close, it’s time to evaluate.

For the first time names like Tome, Oscar De La Renta, Cynthia Rowley and Yuxin made it down under to present their latest wares. Even model-of-the-moment Bella Hadid was lured in, no doubt due to the skillful maneuvering of IMG, her agency. Her well-paid appearance brought a flood of press for the week’s opening day, though the added attention didn’t always result in the best coverage.

Clothing wise, while Aussies like Dion Lee (the designer typically shows in New York) and Maticevski stood out, the New York defectors no doubt eclipsed them. Peter Copping’s offerings at Oscar De La Renta were a capsule that included a preview of the brand’s resort collection but a bevy of other styles. Ms. Rowley went full on resort. And if reports hold true, it was all for the best.

In addition to additional press (Fashionista, Refinery29, The Cut and more were all flown down–likely on sponsored trips) WWD reports that buyer response was up. Buyers from Bergdorf Goodman, Shopbop, Harvey Nichols and MatchesFashion, who all were in attendance for the week’s 45 shows, said the shift to resortwear definitely upped the importance of the event. Ms. Rowley even confessed to be considering a return next year. But how will the event differ from Miami’s upcoming showing?

In the past, Miami Swim Week has been targeted solely at the swimwear industries, built around SwimShow, the world’s largest swimwear trade show. This year the lineup is rumored to be in for some changes. After sitting out of the event last year and causing designers like Mara Hoffman to shine while others suffered the pitfalls of no organization, IMG is said to be returning this year. Fashionista reports that return could take on a “luxury” resort slant.

While the event is set to take place July 16 to 20, IMG has made no official announcement of their plans — in fact, Swim Week is not even listed on their calendar. Industry chatter indicates that the company could debut a listing that incorporates names like Valentino (the brand recently opened a store there) and Versace to show at the newly debuted Faena Hotel. Those labels would likely show resort collections.

It will be interesting to see how IMG positions the week considering Australia’s success. Will they abandon the resort approach in Miami all together, instead focusing on those collections in Australia? Will they use Australia as the beginning of resort show season and Miami as the end? Or will they abandon Miami entirely allowing organizations like Funkshion and Dive to take it over?

The uncertainty has already caused defectors. Australian-brand We Are Handsome, which usually shows in Miami, stuck to presenting in Australia this season saying “The move to May was a great idea as the resort collections are just about to go into sales,” via email. 6 Shore Road by Pooja has also cancelled their runway show, but will still be present at Cabana, a carefully edited trade show that will take place in Miami from July 16 to 18. 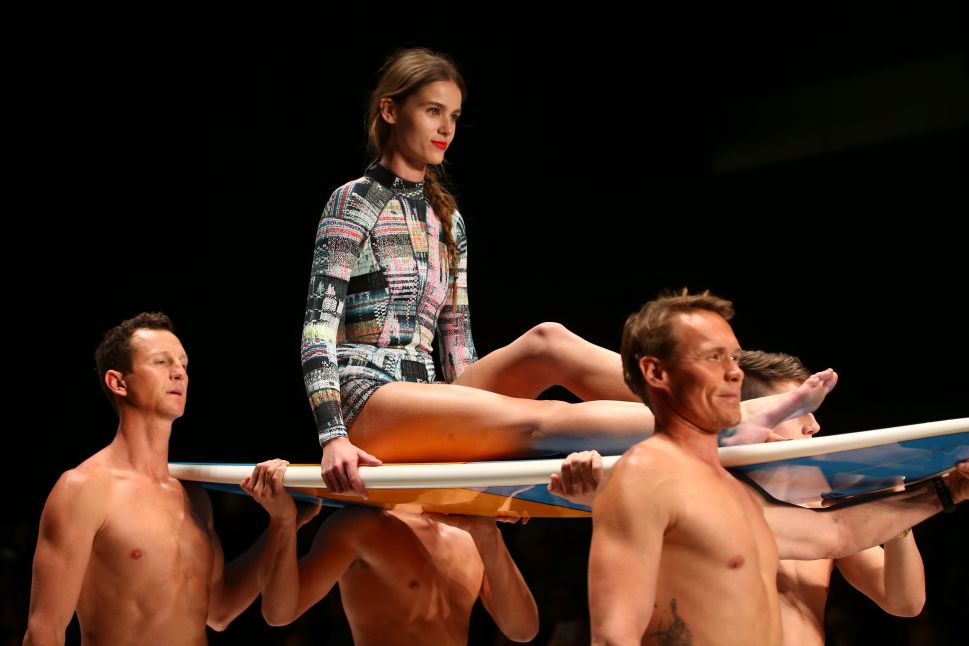