As it becomes clear to all but the most dedicated, and deluded, supporters of Bernie Sanders that Hillary Clinton will be the Democratic nominee, some in the Vermont Senator’s camp have turned their attention to reforming the nominating process in the Democratic Party. This is, in many respects, a good idea. The way both parties nominate their candidates is byzantine, inconsistent, often undemocratic, and almost always difficult to understand. Fixing this system, while not easy, would move American democracy to a better place.

Democrats should find a structure that would be more fair and more democratic than the current system, while simultaneously benefiting the party and the country as a whole. These are lofty, but worthy, goals. Leading a thoughtful and substantive discussion of how to achieve these goal would be a valuable contribution from Mr. Sanders.

There is probably more common ground here than at first seems to be the case. For example, abolishing, or at least reducing the number of, superdelegates is something around which there might be a fair amount of agreement within the Democratic Party. Superdelegates cast a shadow on every Democratic nominating season, but have never been used to prevent the candidate with the most delegates from getting the nomination. Moreover, if they ever did play that role, it would create an enormous political firestorm. Thus, the superdelegates exist largely to solve a problem that no longer exists.

There are other aspects of the Democratic Party’s presidential nominating process that are more ambiguous. For example, Mr. Sanders has called for ending closed primaries in which only registered Democrats are allowed to vote, commenting recently that. “(t)hree million people in the state of New York who are independents have lost their right to vote in the Democratic or Republican primary. That’s wrong.” From a candidate who has consistently trailed among Democratic Party voters and done very well with independents voting in Democratic primaries, this is a natural demand, but as a matter of policy for the Democratic Party it could create more problems, particularly for progressives, than it would solve.

During this cycle the establishment candidate was challenged from the left by an opponent who resonated much more with independent voters, but it is just as likely that in the future the candidate who is stronger among independents would be to the right of the candidate supported by registered Democrats. Additionally, African American voters would lose their influence within the Democratic Party if all primaries were open primaries as those voters are much more likely to be registered Democrats than any other racial group. This may not be a major issue for the largely white supporters of Mr. Sanders, but anybody who genuinely wants to hold a winning Democratic coalition together, should be very wary of allowing the Democratic Party to take political power away from a huge and loyal group of voters. It seems that the major reason Mr. Sanders wants to change this rule is if applied retroactively it would have helped him win this race. That is not a reform impulse, but rather a self-serving one.

If Sanders’ supporters go to the convention pushing for the reforms that would have helped their man against Ms. Clinton this year, they will be part of the sad coda to a campaign that increasingly seems more like a misbegotten messianic movement than a political revolution.

The evidence of this is that if Mr. Sanders and his supporters were genuinely interested in opening up the process and making it easier for all voters, they would call for abolishing caucuses. Time-consuming caucuses discriminate against voters who work long hours. Replacing caucuses with primaries would increase participation, but perhaps due to his poor showing in most primaries, Mr. Sanders has shown no interest in this reform.

If Sanders and his supporters go to the convention pushing for the reforms that would have helped Mr. Sanders against Ms. Clinton this year, they will be part of the sad coda to a campaign that increasingly seems more like a misbegotten messianic movement than a political revolution. Who cares if the rules are changed now so that they would have helped Mr. Sanders a few months ago, particularly because nobody has any idea who the next progressive candidate will be or what combination of electoral structures would work to his or her advantage?

Reforming the nominating process remains a necessary project, but it also requires a thoughtful approach. The first step: ask what the process is for. Democratic (or Republican) primaries are not elections, they are party nominations. In many democratic countries, that process is an internal party one. Few countries have primaries in the American sense for virtually every office as we do, not because those countries are any less democratic, but because political parties in most democracies want to assert control over who they nominate. That used to be the case, before about 1972, in the U.S. as well. Mr. Sanders seems to be proposing a set of reforms that would further reduce the ability of the Democratic Party, and its members, to determine who they nominate for President. This is not altogether surprising from somebody who is not a Democrat, but it may not be in the best interest of the Democratic Party or even progressives more generally.

Where Mr. Sanders is right, however, is that the current legal and political framework makes it all but impossible for anybody who is not the nominee of one of the two major parties to win the presidency. As long as that is the case, there is a logic, albeit a self-serving one, to Mr. Sanders calls for open primaries and the like. Thus, Democratic Party leadership can either seek to keep some control over the nominating process or to support rules and policies around things like ballot access and campaign funding that make it very difficult for third party candidacies to succeed, but trying to do both does ultimately stifles democracy. 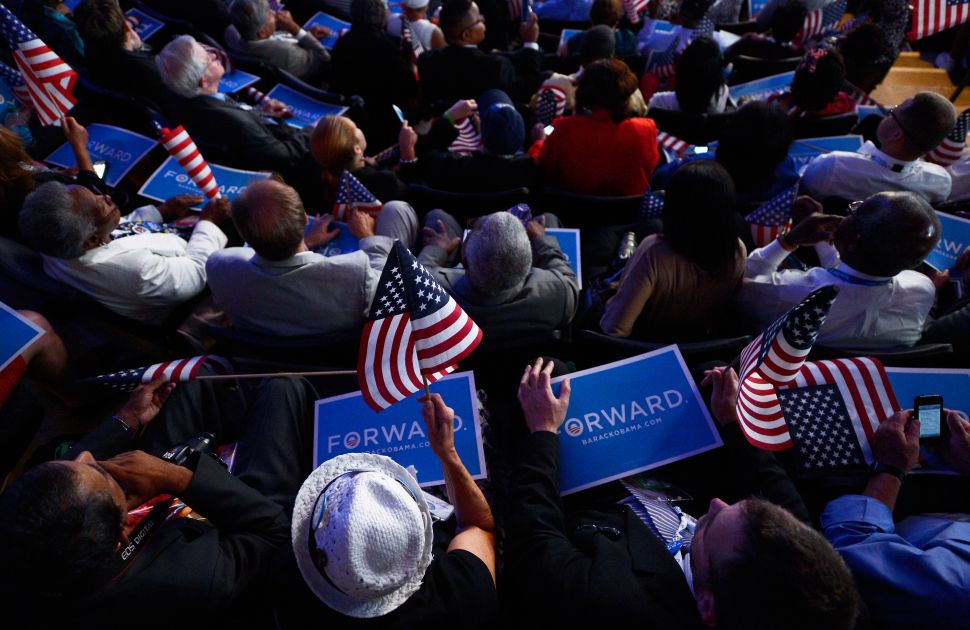