The Democratic presidential nomination is now entering unprecedented political territory. In the world where things like delegates, math and politics are determinative, the primary is over. Hillary Clinton has won a large majority of voters and pledged delegates. That will not change between now and when the final primary votes are cast on June 14. Moreover, due to her strong relationships with the Democratic Party leadership and the reluctance of the party to deny the nomination to the candidate who is the clear choice of the voters of the Democratic Party, the superdelegates will likely vote in large numbers for her at the convention, increasing her already commanding lead. However, the race is still being contested by Bernie Sanders, who continues to argue that he can still win.

Many supporters of Mr. Sanders do not believe that these mathematical realities should make Ms. Clinton the nominee. These arguments fall into two categories. The first is essentially magical mathematical thinking. This line of thinking either employs questionable mathematical pyrotechnics to explain why Mr. Sanders still has a chance of winning the majority of pledged delegates or all but makes the numbers up to fit the theory that Mr. Sanders still has a chance. This type of magical thinking has gotten no traction from people who are not already confirmed Sanders supporters and is of little concern to Ms. Clinton or her supporters.

The second argument that supporters of Mr. Sanders have made is that most polls show Mr. Sanders is running well ahead of Ms. Clinton against Donald Trump, the Republican nominee. This position rests on a measure of empirical truth, but it is also somewhat misleading. Ms. Clinton has been the target of decades of Republican attacks and has been widely despised among the Republican base for an equally long period of time. Moreover, during this campaign, most Republicans and its aligned organizations have focused more on Ms. Clinton than Mr. Sanders because they have assumed that the former will be the nominee, while hoping to have a chance to run against the latter. Thus, while at the moment the senator from Vermont is looking stronger against Mr. Trump, that would quickly change if he ever were to be the nominee. It would probably take Mr. Trump about 48 hours to rebrand Bernie Sanders as Red Bernie or Senator Commie. From there the GOP fun would begin, and Mr. Sanders’ numbers would quickly look a great deal like those of Ms. Clinton.

The most ominous sign for the Democrats is that at the moment when they should be beginning, in earnest, to run a general election campaign, there is already a lively debate, not exactly about who to nominate, but over who to blame if Ms. Clinton loses in November.

While the notion that Ms. Clinton will lose to Mr. Trump while Mr. Sanders would coast to victory is not compelling, the reality is that Ms. Clinton is not doing all that well against Mr. Trump and that she, on balance, has many flaws as a candidate. The best candidate against the divisive and bombastic Republican nominee would probably not be somebody whose name brings to mind ethical lapses, whether real or imagined, and who, gender notwithstanding, is a caricature of an establishment politician.

A dynamic 50-something-year-old female governor from a swing state with no personal scandals who is a fresh face on the national political stage would have been a much better choice for the Democrats, but that candidate doesn’t exist or didn’t run. Hillary Clinton does and did. Moreover, she won the primary campaign relatively easily bringing together a coalition that has been much broader than that of her vanquished primary opponent.

The argument against Ms. Clinton’s electability does not lead to an argument for handing the nomination to Mr. Sanders, but it raises the question of whether another candidate could emerge at the convention and bemuse the nominee. The answer to that, if we return to the world of real math, politics and delegates, is an emphatic no. Not only is Ms Clinton the clear leader in votes and delegates, but to turn away from her would lead to major problems for the Democratic Party among the two constituencies, older woman and African-Americans who have supported her most enthusiastically. No Democrat has a chance to be elected president without winning a big share of the former and the enthusiastic support of the latter. Ms. Clinton will do that, while Mr. Sanders has not been able to break through to those voters. Moreover, the superdelegates, even if they could, would not risk angering those groups by finding a way to nominate a new candidate at a brokered convention.

It is very difficult, perhaps impossible, to avoid the reality that even if Mr. Sanders is right regarding electability, Hillary Clinton is and will remain the Democratic nominee. It is also very saddening to watch Mr. Sanders, who for more than a generation has been the voice of progressive economic positions and values in the Democratic Party, leave the national political stage as an increasingly angry and bitter figure.

A year ago, the prospect of Mr. Sanders being the Democratic nomination was one that few believed was possible. Today it is clear not only that Mr. Sanders exceeded expectations in this primary season but that had he not made a few mistakes, most notably failing to aggressively campaign for African-American votes in the south, he might have been the nominee. Mr. Sanders will probably regret that mistake for the rest of his days, but public life is full of people who make mistakes. Bill Buckner still probably wishes he had gotten his glove lower on that ground ball. Gerald Ford likely spent years regretting that he had mistakenly freed the people of Poland from Soviet domination in a 1976 debate. The question for Mr. Sanders is how to recover from that mistake. He can chart a course that makes him a powerful senator with the ability to pressure a more conservative Democratic president, or he can continue to deny political reality and ultimately make that less likely.

The general election is more than five months away, and while it still looks like Ms. Clinton is poised to win, that is no longer the sure bet it was even two weeks ago. The most ominous sign for the Democrats is that at the moment when they should be beginning, in earnest, to run a general election campaign, there is already a lively debate, not exactly about who to nominate, but over who to blame if Ms. Clinton loses in November. Supporters of the nominee are preparing to blame Mr. Sanders for dragging out the primary process and providing rhetorical fodder for Mr. Trump, while supporters of Mr. Sanders are preparing to claim that if he had been the nominee, he would have won. This is not the behavior of a party that is preparing to win an election. 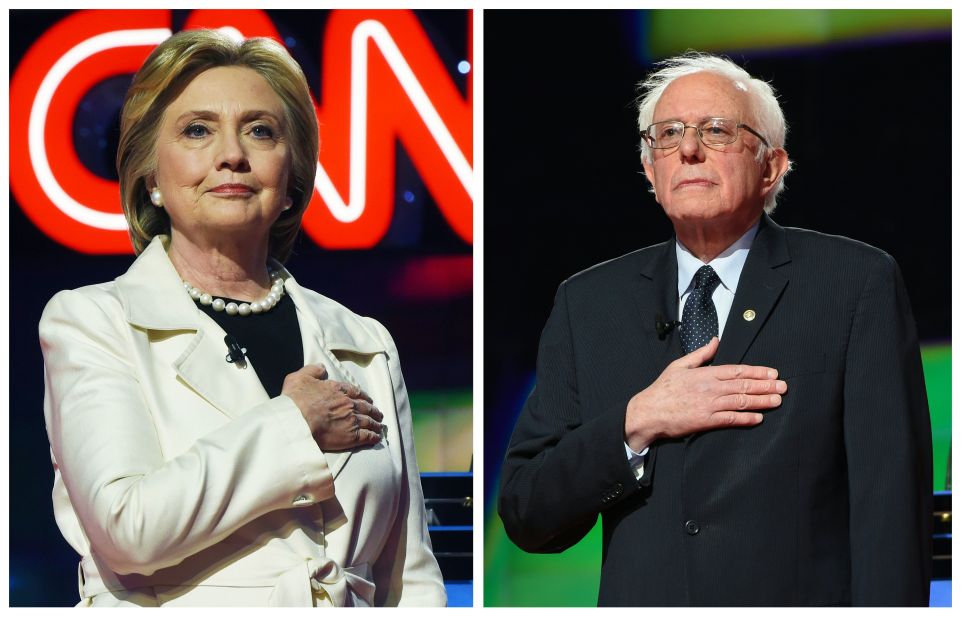