The Palestinian Arab teenage terrorists who recently stabbed two octogenarian Bubbes are not your average high school thugs. It takes a particular type of vicious person to approach a cluster of five elderly women taking their midmorning constitutional and stab two of them in the back over and over again in broad daylight.

These brutal kids cannot distinguish between targets and values. It seems that they are not alone—neither can the society in which they live. The value attached to attacking the elderly should be very low on the ladder of machismo achievements, and should invoke disgust. Palestinian leaders, teachers, parents, clerics, even terrorist leaders should shun this attack. But that’s not what happened.

One would hope that parents and children within the Palestinian world as well as their supporters are asking themselves, their families and their students if the stabbing of defenseless octogenarians went too far?

Palestinian youth have been indoctrinated to strike—to kill, to stab, and to run. The messages are all over the internet.  So when these Palestinian Arab teenagers attacked a group of Jewish Israelis, albeit old and defenseless Jewish Israelis, in their warped teenaged eyes they scored a great victory. And they got away with it, too. (Although two people were subsequently arrested, they were quickly released). And in the eyes of their contemporaries and cohorts, they are heroes.

The terror attack took place mid-morning on the Haas Promenade in Jerusalem. It is a beautiful, picturesque, walking area that allows one to take in the glorious views of both the modern city of new Jerusalem and the Old City of Jerusalem as well as the hills of the Judean desert. The land it sits on is probably the very site descried in Genesis 22 when, after three days of travels, Abraham looked up and saw Mount Moriah, the place where he would bind his son Isaac as a sacrifice in the famous story known as the Akeidah. Beauty abounds. History resonates.

Arabs and Jews walk, jog and ride their bikes along the paths of the Promenade. There are often public concerts in the well-designed shady spaces and amphitheaters along the paths. There is a wondrous echo chamber where one can call out and hear a series of echoes bouncing back from the various hillsides and mountains of Jerusalem.

At the heart of the matter of this particular attack is a singular message. All terror is horrific and deplorable, but some terror is worse than others. Planning and singling out children is the worst, or so I thought until now where we have a plot to murder Jewish grandmothers in their 80’s. This act recalls the horrible murder of Leon Klinghoffer in 1985.  To refresh your memory, Klinghoffer was murdered when Palestinian terrorists took the wheelchair bound elderly Jewish man and threw him off the Achille Lauro, the Greek cruise ship they had hijacked.

In this case, the case of the two elderly Jewish women, there has been no word of condemnation by Palestinian leaders. Arab leaders around the world have said nothing. And certainly, the United Nations has been silent. Where is the revulsion against these heinous acts of violence?

Two Palestinian teenagers are showing the world that any Jew and every Jew is a target. Their method of attack was not like in a bomb attack, when whoever is nearby is hit and may include the elderly or the young by simple virtue of happenstance.

The objective of all terrorists is to frighten. In that, this attack was very successful. But it also displayed for all to see the sheer inhumanity of the attackers and their sponsors. There can be no justification for attacking elderly women from behind, for stabbing them in the back.

One would hope that parents and children within the Palestinian world as well as their supporters are asking themselves, their families and their students if this terror attack went too far? I have heard a few murmurs to that effect but nothing more, certainly no proclamations of condemnation.

Both elderly women victims are expected to recover. One was in intensive care and her wounds are being treated.  The second victim is in a heart surgery unit. She is there because the stabbing affected her preexisting heart condition.  That should not be a surprise, as people in the 80’s often have heart conditions. What is astounding is that not one of the five elderly women present during the attack, all potential victims, suffered a heart attack during the terrorist attack or as they waited for medical help to arrive.

My hope is that a lesson can be learned. That clear-minded people will see these terrorists for what they are. Will realize that their actions cannot be justified.

And yet, I fear that instead, this will be another example of how the poor Palestinian has no other option but to attack because of the evil oppressive Israel. How five Israeli Bubbes in their 80’s became evil oppressors that warranted murder remains a mystery to me. 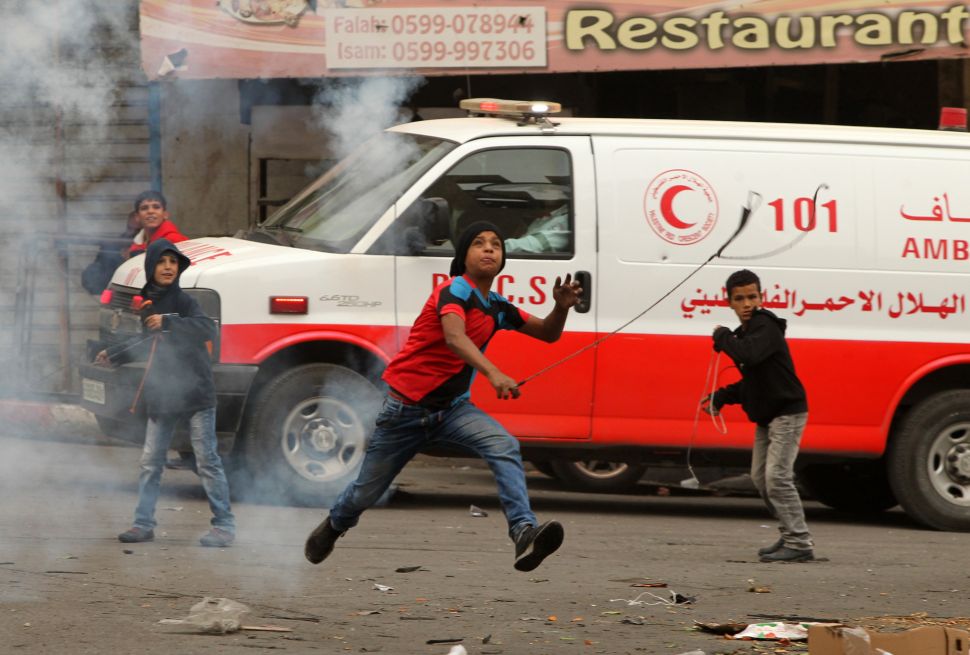