Our previous column discussed the anxiety with which many educated Chinese view prospects of China’s achieving the levels of scientific and technological creativity necessary to propel it into the kind of society it hopes to be in the 21st Century. We argued that, historically, economies driven by innovation have required complex and delicate webs of interlocked institutions that create incentives rewarding innovative behavior, including, beyond some point, benign neglect. China’s lack of creativity largely reflects its weak institutions.

But there have been areas of creative success in China, and it is worth understanding them if we are to evaluate the likelihood of China’s eventually becoming a global powerhouse of creativity. In some of the most advertised cases, like in high­speed rail and supercomputers, Chinese successes occur mainly when heavy capital expenditure can acquire foreign technology and otherwise force methodical advances in industries that do not require complex systems or scientific breakthroughs. (The flip side of this is exemplified by China’s relatively weak aerospace industry, whose components must be linked within very complex systems.) These cases show that China can be successful, but mainly in areas in which serious political commitment and ample cheap capital can lead to incremental advances.

Other much-advertised areas make a better case for Chinese creativity. China clearly does well in smartphone technology, and indeed urban Chinese youth may be world leaders in their use of smartphones to organize both their cultural and their economic lives. Why has this been the case? One reason may be that the Chinese retail sector was so inefficient that while policymakers worked out one-size-fits-all plans for its improvement, tech entrepreneurs and impatient young people ignored them, and simply leapfrogged into the future of micropayment and internet shopping.

The concept of a ‘rock band residency’ within Beijing’s current rhetorical climate is almost laughable.

The most creative of China’s artists, too, benefitted from some amount of benign neglect. While the art establishment argued over out-of-date cultural stereotypes and spent massively to build Western-style cultural institutions—mostly “showy, large-scale projects”, according to a Dutch cultural agency, planned without consulting local audiences or musicians—their efforts seemed to accomplish little. But this doesn’t mean China’s cultural failure was total. The nation’s urban youth, producing art that the establishment did not recognize as “Chinese” or even as culture, has developed some of the most interesting music and fashion scenes in the world, primarily in response to China’s very unique recent urban history.

And it may matter tremendously that in once­ marginalized areas China is witnessing a surge in creativity. There is evidence that creative science and technology develops only in conjunction with creative art. There must be a reason why the developed world’s most innovative tech hubs—San Francisco, New York, Austin, London, Berlin—are also global leaders in art, fashion and film. Even in the developing world it is probably no coincidence that India’s leading technology hub, Bangalore, is also known as the “rock capital” of India.

Certainly in modern times only great cultural centers have attracted the smart, creative people who are necessary for an innovation economy. A cultural center, however, is not necessarily a city with museums and opera houses regularly attended by a self-satisfied social elite. What makes a cultural center are grimy music dives, makeshift galleries, fringe street art and the other attractions driving hopeful young creative types to stream in from the provinces, seeking excitement and encouraging one another to greater intellectual daring.

China is loudly reclaiming its Tang Dynasty role as the hegemonic center of Asia through its New Silk Road infrastructure and investment project. Undoubtedly, Beijing’s leaders hope to extend the country’s storied economic miracle through this project. Beijing is also working hard to develop its cultural “soft power”—but so far without much visible success. Unless Beijing and Shanghai develop the institutional incentives that also make them great cultural centers, chances are they will never become great incubators of the new technologies critical for the forward momentum their leaders are striving to maintain.

To boost technological creativity, China would do well to show some of its more interesting artists the same institutional support they are instead receiving abroad. Zhang Shouwang, a musician we’ve mentioned before in this column, recently performed a composition commissioned by New York’s Bang on a Can to an enthusiastic house at New York’s Merkin Concert Hall. As we write this, Chui Wan, whom we’ve also mentioned before as among the most widely acclaimed of young bands emerging from Beijing’s underground scene, are on a recording residency in Caen, having just toured France to rave reviews.

No such fund or performance venue in their Beijing hometown would support artists working primarily in experimental or underground music. For China’s cultural authorities, their music barely registers. The concept of a “rock band residency” within Beijing’s current rhetorical climate is almost laughable.

It won’t be easy to change this scenario. China’s political culture prefers heavy mobilization to the more difficult task of setting up favorable conditions and then allowing an environment to evolve under benign neglect. Nevertheless, there are some areas both in art and in technology in which young China are intensely innovative, and Beijing will have to understand what they have in common and why they have been successful if China is to become a creative force. 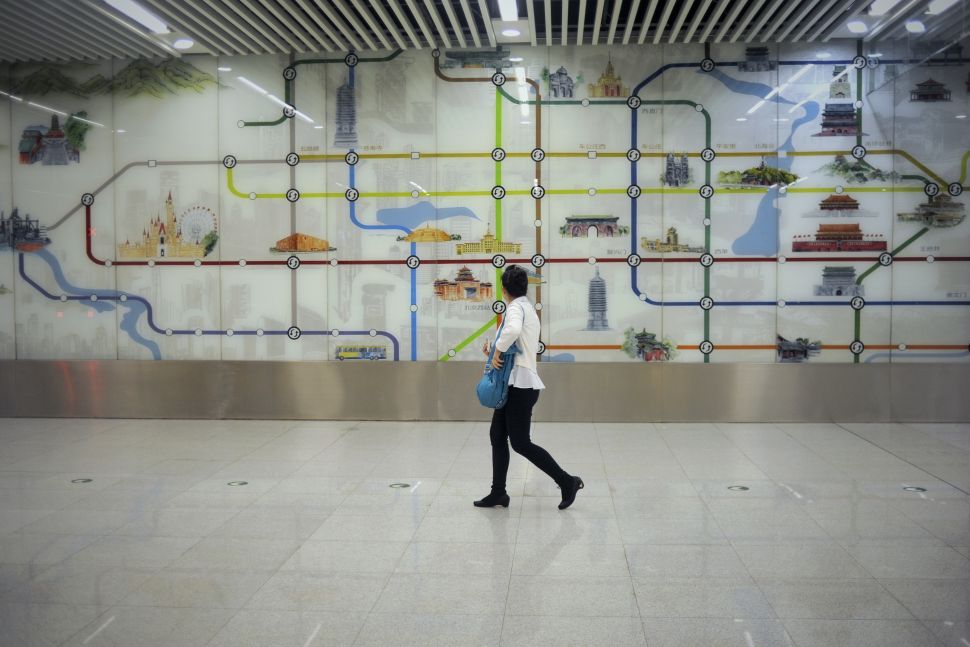