This year’s presidential campaign is full of the unexpected. Yet the underlying issues are anything but. It’s hardly news that middle- and working-class incomes have stagnated and that Americans are fed up with a government that even squabbles over an impending public health crisis like Zika. Why, then, have the country’s two leading parties been taken aback by voters who are mad as hell and not going to take it anymore?

It’s because everyone—not just politicians—underestimates the power of the obvious problems that loom right in front of us. So it’s a surprise when inaction creates unpleasant consequences. The Democratic and Republican parties are learning this lesson the hard way.

The truth is that we get into most trouble when we’ve ignored obvious problems. I call these issues “gray rhinos” because they are huge and charging right at us and ought to be harder to ignore. Yet we miss the most important information—like calling rhinos black and white even though they are all gray.

Recent behavioral science from a number of esteemed researchers, including psychologist Daniel Kahneman, behavioral economist Dan Ariely and neuroscientist Tali Sharot, shows that that we are vulnerable to cognitive biases that make us likely to downplay unwelcome information and to be over-optimistic.

You likely have heard about “black swans”—the improbable, unexpected events that blindside us. But it’s a cop-out to think of ourselves as unable to foresee some of the biggest shocks to our system. Most black swans—like, say, the 2008 financial crisis—happen only after we’ve neglected the gray rhinos.

This is the year of the gray rhino. The middle- and working-class rage over stagnating incomes and wealth that has dropped by roughly 20 percent since 2007 even as the share held by the top 1 percent has, according to Brookings Institution, risen to between 18 percent and 42 percent; the GOP’s failure to heed its own analysis of why it lost the 2012 presidential election; the Flint, Mich., lead-poisoned crisis; the string of auto industry safety debacles, from the aftermath of the GM ignition switch scandal to the Volkswagen and Mitsubishi emissions problems to the expanding Takata airbag recall.

We haven’t yet seen the full impact of China’s slowing economy and mounting debt or of volatile oil prices on heavily indebted energy companies. As the Federal Reserve raises interest rates, emerging market economies will feel the blow, which in turn will likely hurt U.S. exports. Rising interest rates also will slow the U.S. economy just as it has picked up steam.

Arguably, the most pressing obvious crisis is the failure to deal with governmental paralysis, which has led some people to drop out of the system entirely, while others stake out ever more rigid and extreme positions. These reactions only compound the problem.

These issues may seem, well, obvious. But clearly they are not obvious enough, or our political parties would not be facing an existential crisis. Still, as “they” say, a crisis is a terrible thing to waste.

Why do we neglect impending threats? Recent behavioral science from a number of esteemed researchers, including psychologist Daniel Kahneman, behavioral economist Dan Ariely and neuroscientist Tali Sharot, shows that that we are vulnerable to cognitive biases that make us likely to downplay unwelcome information and to be over-optimistic. Groups of people from similar backgrounds are particularly susceptible to these mind games. Political and financial incentives throw more obstacles in the way. Sometimes we feel powerless to fix a problem, so we don’t even try. Too often, it takes the very real possibility of a calamity—or worse, its aftermath—to prompt us to act.

The consequences of underestimating the danger of a gray rhino can be catastrophic. If there ever was a sign that America needs to rethink the costs and benefits of acting instead of muddling, this is the time.

The zoological term for a group of rhinos is a “crash”—wholly fitting since things are most likely to spin out of control when several gray rhinos come together. Such a crash is exactly what we face. It’s up to us whether we get trampled or get out of the way.

Michele Wucker is the author of The Gray Rhino: How to Recognize and Act on the Obvious Dangers We Ignore, published by St Martin’s Press. 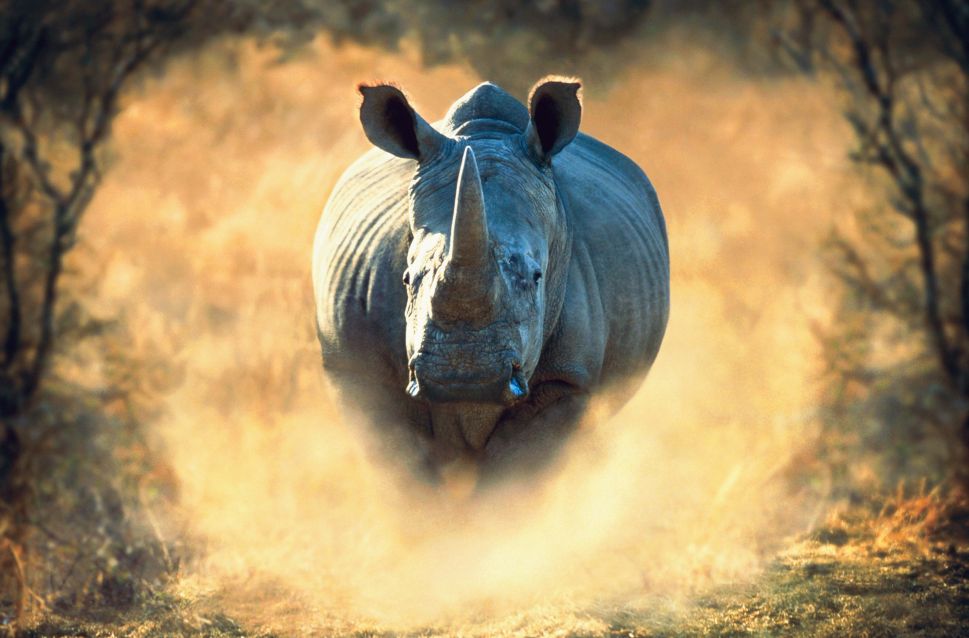