My friend Pamela Anderson, the animal rights activist and actress we honored at our dinner this year for being a lover of Israel, told me that the Cincinnati gorilla story demonstrates the cruelty of zoos.

Tragedies are inevitable, and the gorilla was punished because of human error rather than animal nature. This, she says, results from the simple fact that animals shouldn’t be caged.

I see her point, in part.

As one who visits South Africa and Rwanda—where it’s not difficult to go to an authentic animal park—I’m a little spoiled when it comes to animals and find the zoo experience artificial.

Still, I love zoos—especially the good ones. It’s a great family experience. In Australia, where I was on a speaking tour recently, the only reason my kids were able to see a Koala or a Tasmanian Devil was because of the Sydney zoo. If we shut down zoos, how will our children experience the beauty of the animal world?

Of course, seeing wild animals penned up unnaturally is uncomfortable. It seems to violate decency. The animals look restless and bored, which would be a contradiction in any place other than a zoo. Is it pleasant to watch a tiger pacing back and forth in an enclosure wondering, “How the hell do I get out? And how did I get here in the first place?”

Is it inspiring to see beautiful winged creatures only able to fly 30 feet before bumping their beaks into metal grating?

No. But how would we even know these birds existed if not for zoos?

I’m not getting into the Sea World Tilikum scandal. Rarely have I seen in my lifetime one film so destroy a franchise like Blackfish did to Sea World. Yes, these monsters of the deep surely deserve more than a giant swimming pool. But would we appreciate whales as much if the only place we saw them was on National Geographic? My kids have experienced endless wonder at Sea World in coming face-to-face with a shark, albeit—there it is again—through a glass enclosure.

It’s not fair to say, “If you want to appreciate a marine mammal, go whale watching off the coast of Nova Scotia.” Because then you’re making animal encounters a thing for only the rich.

I’m actually so confused by the question of zoo morality that I asked my nearly one million Facebook friends to offer their opinion. Here are some of the best:

‪Eidan Jacob: “Many zoos do important work in raising awareness of threatened and endangered species and how human activities impact the environment. Zoos are also for many species a sort of “buffer” that can help reintroduce species when their numbers dwindle.”

‪And buttressing the argument for zoos, Kari Storey Miller added: “Considering zoos take many animals that have been injured and would surely die in the wild, and that zoos are responsible for preserving certain species that would have gone extinct if not for breeding programs. I think they have their place. If caging an animal that would be dead if not for a zoo is cruel, well, then, I support that kind of “cruelty.”

But Natacha Segal shot back: “A zoo is an awful place for wild animals. Monkeys in a concrete box with a glass wall for our viewing pleasure. Dolphins swimming round and round in a pool. Tigers, lions, bears etc. bored to death with no thrill of hunting or exploring …Where is the beauty in that?”

And Brent Strickland offered the novel idea that, “We should be in the small cages for our protection not them for ours but then we couldn’t stop at the over priced huts for drinks that increase the bottom line so by all means do what you’re doing cause the all mighty dollar wins out.”

Sylvia Mitchell believes the Cincinnati’s boys parents are the ones who ought to be in a cage, albeit one provided by the judicial branch: “I think people who are not on task in regards to their children need to be prosecuted. Just ridiculous that an animal had to die because the people were idiots!!!”

The right of the Cincinnati zoo to kill the gorilla was asserted by ‪Brian Cohen who argued “Animal cruelty is bad. But God gave humans dominion over animals. Thus, if either a human or an animal must be killed to save the other, it is our duty to kill the animal. Such was the case at the Cincinnati Zoo. Still, this was a very tragic incident and animal cruelty should be eradicated.”

Perhaps the most insightful thought of all was expressed by Luqman Hakeem who told me that, once again, the Jews were at fault for the killing of the gorilla. “You Zionist rabbi don’t care for millions of humans and approve Israel to keep Palestinians in a big cage. When you are lecturing on animal rights and decency it sounds strange.”

Perhaps so, Luqman. But not as strange as your analogy in this case of Arabs to gorillas, something we might all agree is truly loathsome, disgusting, and offensive.

Rabbi Shmuley Boteach whom The Washington Post calls “the most famous rabbi in America” is the founder of The World Values Network and is the international best-selling author of 30 books, including his just-published, “The Israel Warrior: Fighting Back for the Jewish State from Campus to Street Corner.” Follow him on Twitter @RabbiShmuley. 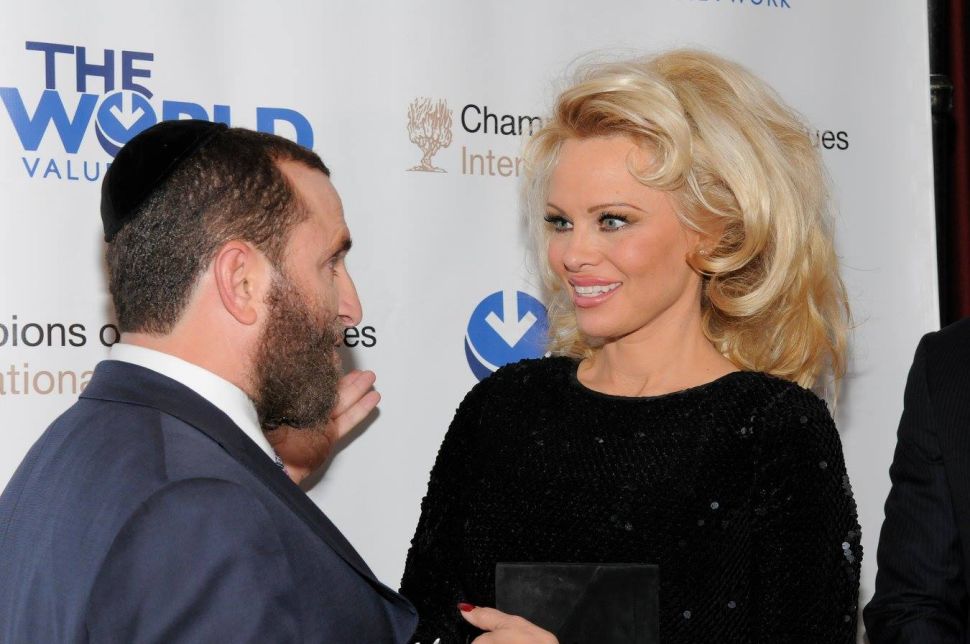