In just the last six months, Democrats have registered more than 850,000 new Hispanic voters in California. That’s stunning, but California is deep blue already, so these new voters won’t likely change the outcome of the presidential contest. But the mobilization of Hispanic voters in purple and red states will matter, costing Donald Trump the presidency, and possibly wounding down-ballot Republican candidates. Harsh rhetoric pushing new Hispanic voters into the Democratic Party will assure that the Republican Party becomes a minority party well into the future.

The central question facing the Trump campaign and Republicans: Can Hispanics in any sizable number be won over? At this point, Trump’s strategy in the primaries has been to woo older white, mostly male, blue-collar voters. Today the percentage of the white electorate stands around 70 percent and continues to shrink. White voters are not going away, but the minority share of the electorate, especially the Hispanic vote, is growing, and that spells trouble for Republicans.

Right now, Mr. Trump looks to be in deep trouble with Hispanic voters who will be critical in must-have swing states, Florida, Ohio, and Virginia, as well as Colorado and New Mexico.

‘The last time a Republican candidate did reasonably well among Hispanic voters was when George W. Bush won 35 percent of the Hispanic vote in 2000 and 40 percent in 2004.’

The seismic shift in the American population threatens Republicans who have relied on white voters to win elections. Demographers at the U.S. Census Bureau project that racial and ethnic minorities in the United States will double in the next 40 years because of natural birth rates and immigration. At the same time, reduced white fertility and an aging white population, which grew at only a tepid 1.2 percent during the first decade of the 21st century, will continue to decline. Only one-fifth of U.S. whites are under the age of 18, as contrasted with one-third of U.S. Hispanics.

What should worry Republicans now and in the future is that Hispanics are migrating from gateway states in the West into traditional Republican strongholds in the Heartland and the South. For example, the Hispanic population in Charlotte, North Carolina and Nashville, Tennessee grew in the last decade over 1000 percent each. Cities such as Atlanta, Georgia, and Orlando, Florida saw triple digit increases in Hispanic population.

Until 2016, immigration did not rank high on the list of concerns for Hispanic voters compared to job creation, health care, and education, just like other voters. In the 2014 midterms, Republican candidates tapped into these concerns to win large chucks of the Hispanic vote. They did so on a message of economic growth. Mr. Trump can too.

Mr. Trump and Republican candidates had better present a positive message that the GOP stands as a job-creating party of reform and inclusion. Old time assembly-line jobs are not coming back. Over 5 million jobs were lost in manufacturing since 2000, most of them due to automation, not outsourcing. New technological advances in America related to low energy costs are projected to result in one million new jobs in the next decade in chemical and plastics manufacturing alone. Mr. Trump needs to turn his energetic campaign toward energy production by hammering on the need for fracking, clean coal, and renewable energy sources. He should translate his entrepreneurial image into a pro-small business message that will appeal to Hispanic entrepreneurs. Today there are over 3.2 million Hispanic-owned small businesses. Prior to the Great Recession the number of small businesses owned by Hispanics increased more than 55 percent from 2002 to 2007. Many Hispanics are middle class professionals and share conservative values. A greater proportion of Hispanic women graduating from high school are entering college than the proportion of white males. These women, entrepreneurs, and middle-class professionals are potential Republican voters. Without these voters, Republicans are doomed.

Donald T. Critchlow is the author of Future Right: Forging a New Republican Majority (St. Martin’s Press, 2016) and a professor of History at Arizona State University. 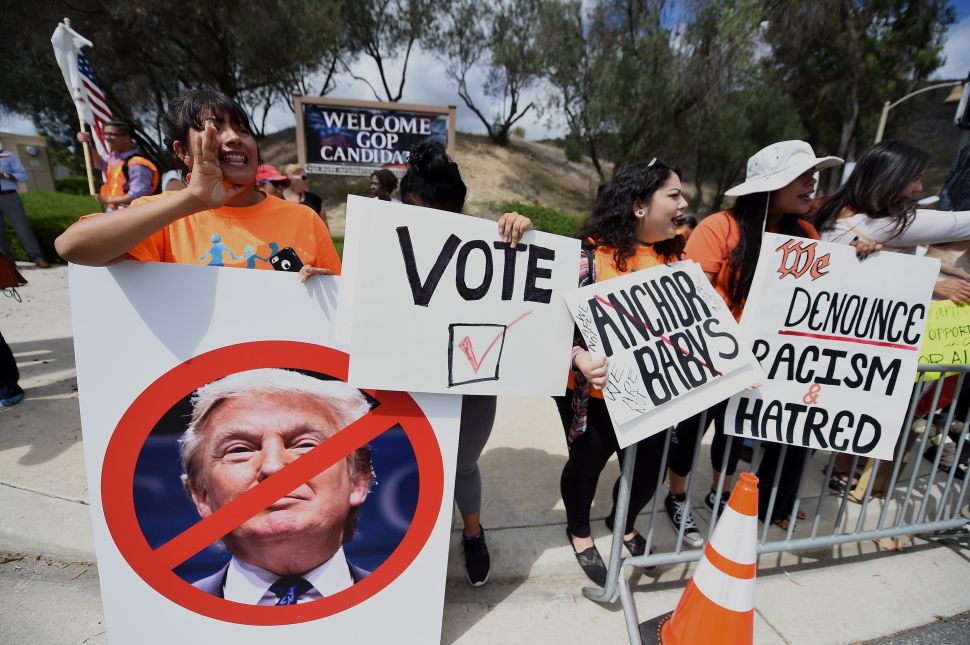