Wearing trademark suspenders—today emblazoned with clocks—as well as roulette wheel cufflinks, Neal Shapiro has a fancy title, president of WNET, but not a commensurate office. He runs the nation’s most prominent public TV station from a modest desk in a bullpen. “I’m a news guy,” explained Mr. Shapiro, who started out as a producer on several revered TV news magazines, including Nightline (circa Ted Koppel).

What single decision changed your career trajectory? One of the first jobs I had at ABC News, I worked on promos—18 and a half seconds long. So how important can that be? But the answer was, it was like an 18-and-a-half-second show. Every single word you wrote, every picture, made a difference. It couldn’t be 18, it couldn’t be 19: It had to be 18 and a half. And it was a great…and I was like 23. It taught me early on that every task you have, you should take seriously.

As a former TV reporter, what’s the hardest story you’ve ever worked on? I was in the Philippines in the waning days of President Ferdinand Marcos. ABC News had decided to downsize, and the moment they did that, Marcos shut down the airports. We were now understaffed, and I was one of the few producers there. I remember working almost three or four days almost without sleep and being so tired at the end of it that I would start falling asleep during phone conversations…But I remember being incredibly energized. It was a great story because history was happening in front of your eyes, and it was one of the few places I’d been where Americans were perceived to be, by everybody in the street, on the positive side of change.

How do you think it would happen today in the same scenario in much of the world? Today, I think for the most part American journalists wouldn’t be there.

You were at Dateline when it produced remarkable journalism. Now it’s true crime all the time. 20/20 also did really amazing work with Hugh Downs and Barbara Walters as anchors. Now it’s a shell of itself. What happened to the TV news magazine? When I was lucky enough to be at Dateline, we were on five times a week at one point, and yes, we did a lot of journalism I’m really proud of. The powers that be feel like the best ratings you can get are when Dateline does crime shows, and so that’s what Dateline does. As well as I think they do them, I think they could do other stuff just as well. There’s been a change of management at NBC. I hope we get to see some of the old Dateline spirit come back.

Could you talk about pledge drives and how to make them as interesting as possible. Do you find your employees sort of dread them as much as viewers do? The pledge drives I do on the news hour we try to make a lot more interesting. We have graphics and we try to explain what we’re doing and try to take people behind the scenes. So at least it’s more informative. And people have said they’ve actually learned things from it. When I first got to public television, I said, ‘I’m gonna reinvent pledge drives.’ And I’m not the first person to have said that. It’s still a good chunk of money we get. Most most nonprofits would say, if I had a way to directly talk to the people who support me, I would do it. So there’s some value in doing it. A lot of our people understand why we do it and understand we have to do it. If we were as well-funded as the BBC or something like that, that would be great, but we’re not.

Our politicians once supported public media to a greater degree. PBS meant Sesame Street, Mister Rogers’ Neighborhood and Jim Lehrer. And that sentiment has arguably changed. Do you see this shift as a sign of anti-intellectualism in this country? We’re like the fifth-most-watched network now—higher than we used to be. So I think there’s still an audience for people who support quality content. To the degree there’s some anti-intellectualism in the country, you can see that in the constant embrace of reality programming. We do live in a different time when people like the Kardashians who have no discernible talent are huge celebrities. In the ’50s and ’60s, people like Gore Vidal, William F. Buckley and Norman Mailer were celebrated. There’s less of that now.

The whole country is much more torn than it’s ever been before. We’re polarized in our politics, and part of that is less understanding or tolerance to see a middle ground. And you can now watch media which support your point of view. So if you want to live in a very comfortable, conservative world, you can watch TV and read media that support that. If you want to live in a liberal world, you can do that. So the people who do that, I think they demonize lots of things that they disagree with. Public TV is one of those things.

As part of your job, do you have to stock Charlie Rose’s dressing room with green M&M’s? Charlie Rose is the hardest-working guy in show biz. I worry sometimes that he should stop and take a breath because he’s working all the time. But Charlie loves what he does, and I find Charlie one of the most curious people I’ve ever met.

Curious can have different definitions. I mean as in endless curiosity. 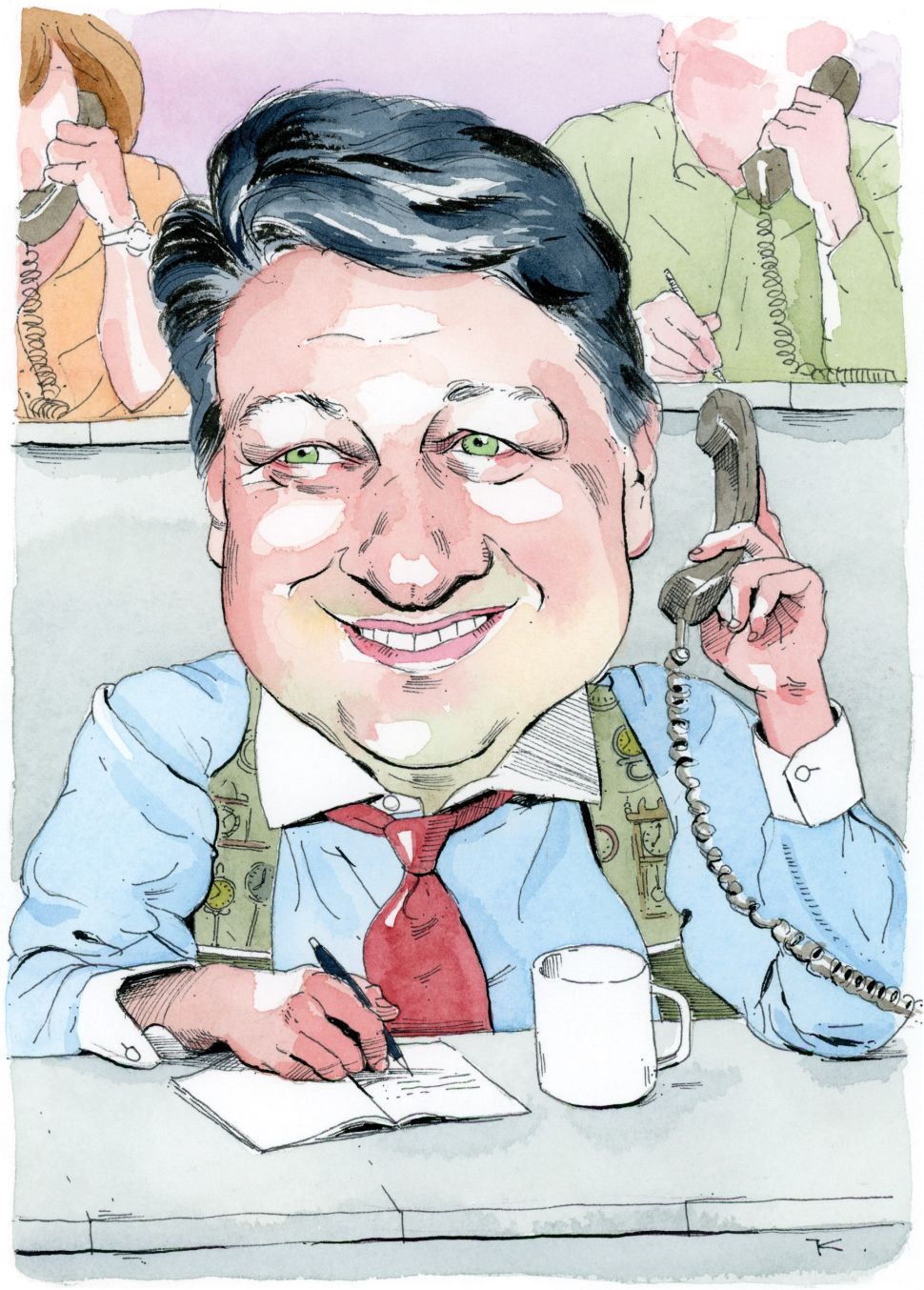