The legislation would require the city’s police officers to identify themselves when stopping someone, and to inform people they have a right to refuse a search if the officer does not have probable cause. Both pieces of legislation that make up the act have enough sponsors to pass, but have languished for nearly a year since the council held hearings on them.

The stagnancy probably has something to do with Police Commissioner Bill Bratton’s outspoken opposition to the act, Mayor Bill de Blasio’s “concerns” about it, and Ms. Mark-Viverito’s reluctance to take a position on the bill.

But while Ms. Mark-Viverito hasn’t backed the bill, the coalition of women and girls whose recommendations she touted on the steps of City Hall today—and which she plans to back with $20 million in city and privately donated money—seems sold on the reforms outlined in the legislation.

The report from the initiative recommends “requiring the NYPD to promote communication, transparency and accountability in everyday interactions between the NYPD and the public, including by mandating officer identification and ensuring all noncustodial searches not supported by any other legal basis are objectively documented to be based on voluntary and informed consent.”

The document also devotes several paragraphs to a task force on police relations convened by President Barack Obama, which also recommended that police officers identify themselves, provide a reason for stopping someone, and secure proof of “informed and voluntary consent” for searches where the officer doesn’t have probable cause.

But Councilman Ritchie Torres, one of the authors of the act that would bring those reforms to the local level, didn’t seem optimistic that the group’s support would change the outlook for the legislation.

While the principles of the legislation now “have the imprimatur of an official council document,” he said, passing the act will “remain an uphill battle.”

“The struggle for the Right to Know Act is more of a marathon than a sprint, and that reality remains fundamentally unchanged,” Mr. Torres, who represents parts of Central Bronx, said in a phone interview. “I suspect that the principles of the Right to Know Act, the merits apart from the politics, command broader support. The politics are complicated.”

Asked why he thought the politics were so complicated, Mr. Torres pointed to pressure on council members not to regulate the NYPD.

Advocacy groups have stepped up efforts to boost the bill, including a rally outside City Hall last month. Monifa Bandele, a spokeswoman for Communities United for Police Reform, put out a statement today lauding the inclusion of the act’s policies in the Young Women’s Initiative.

“Speaker Mark-Viverito’s recognition that solutions exist amongst communities and those directly impacted by policies is critical, and we hope to see leadership from city government committed to action that follows such an important reality,” Ms. Bandele said.

Mr. Torres said he believed “an outside game” pushing for the passage of the legislation can make a difference, but said he thought the bill would remain stuck without “momentum from spontaneous forces.”

“Part of it is the movement of the bill can be driven by forces beyond your control, right? By spontaneous forces,” he said. “So unless there is an event that can give newfound momentum to the Right to Know Act, you know, the dynamics remain unchanged.”

A spokeswoman for the speaker said the council “will be reviewing and considering all of the recommendations that have come out of the YWI process, including those related to criminal justice reform.” 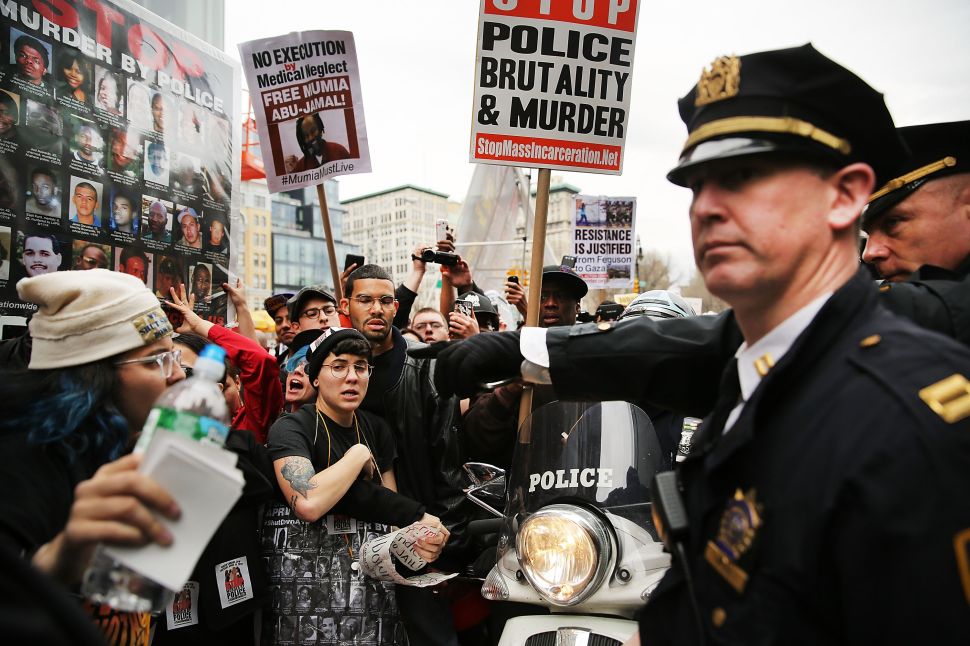