The pressure mounted this week as Assemblyman Wayne DeAngelo (D-14) to no avail attempted to pull Speaker Vincent Prieto (D-32) and Senate President Steve Sweeney (D-3) in to the negotiating table to figure out a way forward on the state takeover of Atlantic City.

A Middlesex Democratic Party source told PolitickerNJ that Sweeney initially agreed to a discussion with Prieto, then doubled back about an hour later and told the assemblyman that he would talk about compromise only after tomorrow’s scheduled vote on the takeover.

The alleged reversal occurred as lawmakers like Assembly Republican Leader Jon Bramnick (R-21) bemoan a heightened level of in-fighting in the halls of Trenton among those leaders who should be in position to discuss the sinking fortunes of New Jersey’s seaside gambling den.

A Sweeney for governor backer whose public sector dominant district put him at odds for a change with the senate president, DeAngelo tried to be a calming influence and act as a go-between but came up against the reality of two entrenched positions. For about a week the amiable assemblyman from Hamilton found himself tossed into the sights of a Pamplona-like charging South Jersey.

Following the failure of his efforts to get Sweeney and Prieto in the same room, DeAngelo convened a call with members of the Middlesex delegation last night to give them an update. Middlesex’s Democratic assembly people supported Prieto in advance of tomorrow’s scheduled vote but – like DeAngelo – have received considerable pressure to reverse their positions. Assemblyman Joe Egan (D-17), cchairman of the Assembly Labor Committee, didn’t plan to support the bill, a source told PolitickerNJ, and there were questions about Assemblyman John Wisniewski (D-19), who has close ties to South Jersey Democrats.

But now Trenton insiders wonder whether the speaker will even put up his Atlantic City bill tomorrow, as it is widely assumed that Prieto does not have sufficient votes to pass his version, which includes strengthened safeguards for public sector unions and provisions to ensure constitutional rights for municipalities that could, like Atlantic City, find themselves under threat of a state financial takeover.

Sweeney’s reluctance to meet with the speaker prior to the bill’s scheduled posting tomorrow signaled his and South Jersey’s unwillingness at this point, after they offered what they believed was a compromise position last month, to rescue a dangling Prieto. But the speaker at the time decried Sweeney’s would-be olive branch as hardly adequate, and likewise chafed against what his backers say was a reluctance from the offset by allies Governor Chris Christie and Sweeney to include him in on delicate Atlantic City negotiations. 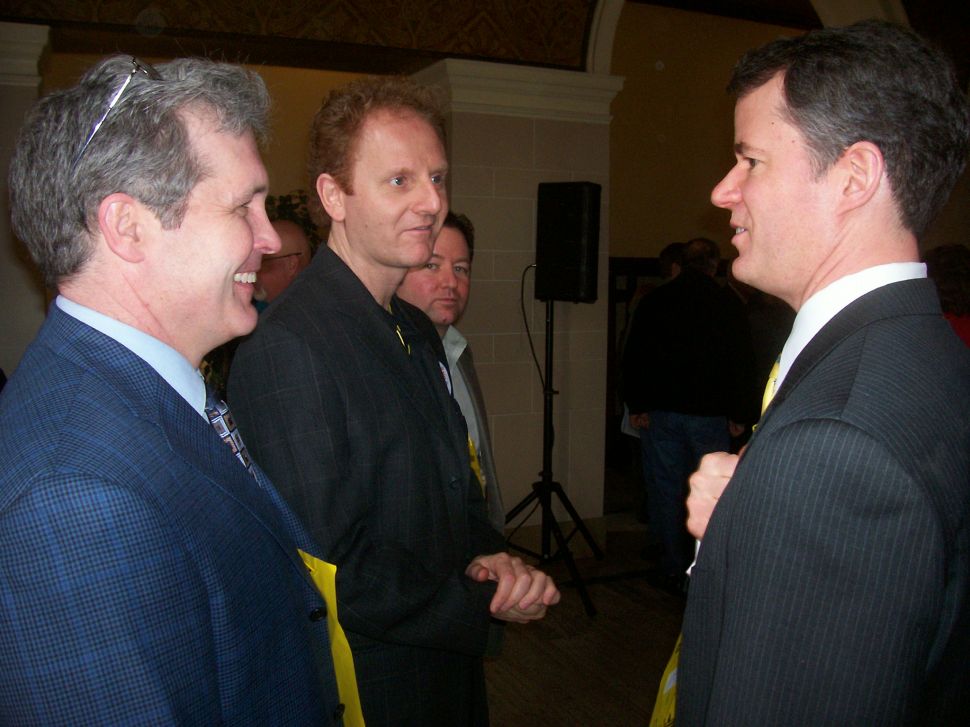