Screening: “An Evening with Vito Acconci” at MoMA
In conjunction with the newly opened Vito Acconci retrospective, Vito Acconci: Where We Are Now (Who Are We Anyway?), 1976, at their sister museum PS1, MoMA will be showing the artist’s feature-length film, The Red Tapes, in their Titus Theatre. The Red Tapes, which is owned by MoMA, is a classic navel-gazing trilogy from this conceptual master, which merges physical strategies from sculptors like Bruce Nauman and Eva Hesse with the referential film work of Structuralist filmmakers like Hollis Frampton. Look closely and you’ll find star painter David Salle amongst Acconci’s cast.
MoMA, 11 West 53rd Street, New York, Titus Theatre 1, 7 p.m.

Talk: “Lunchtime Lecture Series: Jerry Saltz” at SVA
The MFA program at the School of Visual Art will welcome today’s most famous and polarizing art critic, Jerry Saltz, to their popular Lunchtime Lecture Series. He’ll be discussing both his thankless job (he’s currently the senior art critic at New York Magazine) and the esplanade of shattered dreams and shrewd mirages known as “the contemporary art world.” So whether you’re an art student needing tips on how to “make it” in this biz or a wealthy collector hoping to glean some insight into “what’s hot,” this could be the ticket for you (and hey, it’s free).
School of Visual Arts, 335 West 16th Street, Room 501H, New York, 12:30-2 p.m.

Opening: “A Verdant Summer” at Taymour Grahne Gallery
Good news: it’s summer. I know this because it’s hot outside, but also because of this show, which expounds upon the agreeable virtues of the season via an array of masterful artworks by a group of spectacular mid-career artists. Whitney Bedford, Holly Coulis and Hannah Whitaker are just a few of the names that will be bringing the heat for this exhibit, and even though you can just go outside and feel the real summer, this seems like a good way to appreciate it from a few angles.
Taymour Grahne Gallery, 157 Hudson Street, New York, 6-8 p.m.

Opening: “Jessica Stockholder: Stockholder” at 56 Henry
It’s always great when big-time artists lend their radiance to up-and-coming spaces, as in this case. Stockholder, who pioneered an oft-emulated brand of formalist “scatter” art in the early nineties, will offer three assemblages here from between the years 2006 and 2009. Brightly hued buckets, shelves and other manufactured objects are interwoven with hand-painted swaths of color, creating abstractions that jump off the canvas and fill the room.
56 Henry, 56 Henry Street, New York, 6-8 p.m.

Opening: “Certain Skins” at James Cohan
Yes, galleries put on a lot of group shows during the summer. Get used to it. But this one looks like a real winner, focusing on only four artists who each build an image through their preoccupation with surface. Byron Kim, who became quite well-known in the 90’s for his monochromes of various skin tones, will deliver new bruise-like abstractions for this show, while Sara Greenberger Rafferty will offer more of her startlingly original print, paint and Plexi representations of objects. Meanwhile, Graham Anderson brings an odd pointillism to the table (helping him abstract his unnerving imagery), while Sadie Benning will show resin-covered panels that created image via jigsaw puzzle-style construction techniques. In all of these works, the materials create a “skin” that defines the subject, resulting in odd routes to abstraction.
James Cohan, 291 Grand Street, New York, 6-8 p.m.

Talk: “Conversation: Prix Canson” at the Drawing Center
The Prix Canson, a drawing prize awarded by the 500-year old French paper company Canson, named Njideka Akunyili Crosby this year’s award winner, but luckily, we also get to hear this talk from one of the other finalists: Ruby Onyinyechi Amanze. Amanda Hunt, the Assistant Curator at The Studio Museum in Harlem and one of this year’s jurors, will sit down with the Nigerian artist to discuss her large-scale drawings of cross-cultural exploration. The artist, who is currently an Artist-in-Residence at the Queens Museum, plays with undefined, nonlinear space in her aliens, hybrids and ghosts series as a way to tell a richer story through her art.
The Drawing Center, 35 Wooster Street, New York, 6 p.m.

Opening: “Chicago Invites Chicago” at Galerie Lelong
Gaining momentum in the art world are group shows where the gallery asks someone to pick someone else. It’s actually a great idea, because not only do you get to tap into the knowledge of artists (who are out there doing a lot of leg work for free), but you also get to blame someone else if the show doesn’t quite come together. It’s brilliant! But Galerie Lelong has nothing to worry about with this cast of “pickers” which includes elder statesman and reinvented abstract painter McArthur Binion, who has selected painter John Phillips; hot found object artist/provocateur Samuel Levi Jones, who has chosen language artist Bethany Collins; and master of delicate graphite surfaces Tony Lewis, who brings along another drawer, Nate Young. And if you haven’t guessed by now, all the artists are from the Windy City (no, not the Vale of Arryn—Chicago, you nerds).
Galerie Lelong, 528 West 26th Street, New York, 6-8 p.m.

Opening: “People Who Work Here” at David Zwirner
Originally titled “Throwing Them a Bone” (joking!), this show of artists has been culled from the army of employees megadealer David Zwirner has at his disposal. Organized by Marina Gluckman and Jaime Schwartz of the crucial Research and Exhibition branch of the Zwirner gallery, this format is actually appearing for its second iteration at Zwirner, the first coming back in 2012 (will this be a quadrennial?) Anyway, every type of media is represented in this show of over 30 artists, with names ranging from known quantities like Ben Berlow to total nobodies like Nickolaus Typaldos (just kidding, Nick… Your work looks great!) But it would be wise to try and catch this one, because a show with so many hard-working and well-connected artists is bound to birth at least a few stars, right?
David Zwirner, 519 West 19th Street, New York, 6-8 p.m.

Opening: “Exalted Position” at Peter Blum Gallery
Well, if you’ve gotten this far, you must like summer group exhibitions, so how about one more? This one has the kind of tight, three-artist focus we like. The premise of this show, curated by Vlad Smolkin, is simple but interesting: artists who heighten the importance of banal objects through technique. Roger White, Irina Rozovsky and Graham Durward make pictures of things like flowers, smoke and the landscape, but their works emit a specialness that goes beyond the way we normally view these mundane objects.
Peter Blum Gallery, 20 West 57th Street, New York, 6-8 p.m. 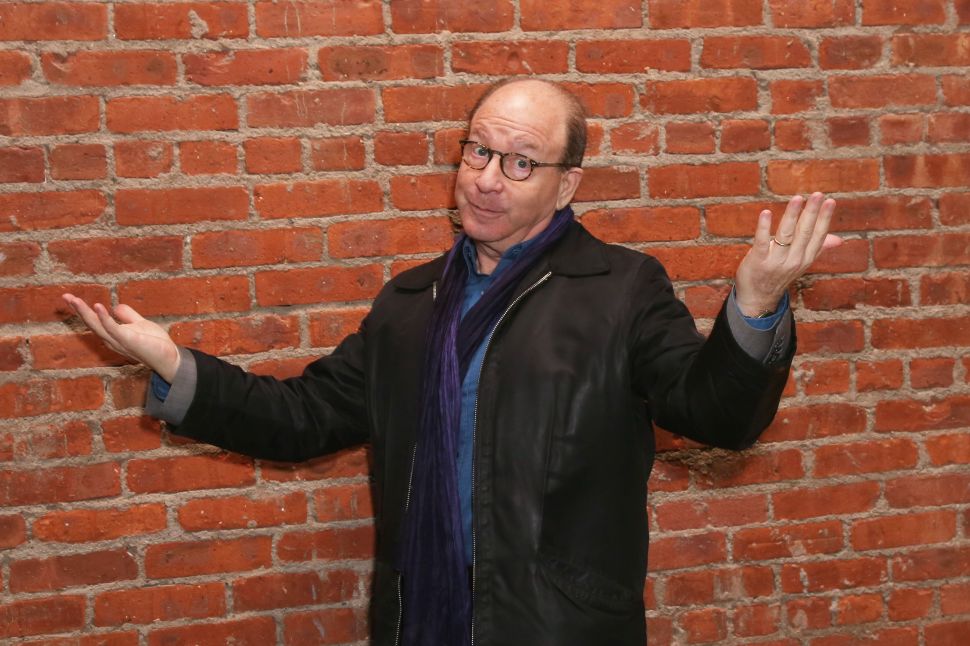