One would assume that it is entirely impossible for Las Vegas to receive even more glitz and sparkle than it already contains, but this past weekend proved that assumption wrong. The major players in the jewelry and watch scene descended upon the city, armed with plenty of karats and carats, for two trade shows entirely dedicated to baubles: JCK Las Vegas and Couture.

Among the dizzing amount of diamond rings, gem-encrusted watches and choker necklaces galore, there was one style that stood out as a major player: the stack. Whether that was layers of delicate pavé rings from Sydney Evan or Shay Jewelry’s baguette studded bangle, designers were urging us to pile on the bling. So we did. From opals and lapis to pearls, enamel, sapphires and beyond, each designer put a fresh twist on stacks.

While this is by no means a new style, it did emerge as a major trend for the upcoming year. And it makes sense: customers can customize their look as necessary, whether that means starting off with just one ring or piling on three major stunners at once. Actually, the hashtag #StacksAreTheNewBlack has become a go-to for beautiful baubles, thanks to industry insider, @ThirdCoastGems. Below, are our favorite 15 stacks we saw on the show floor. 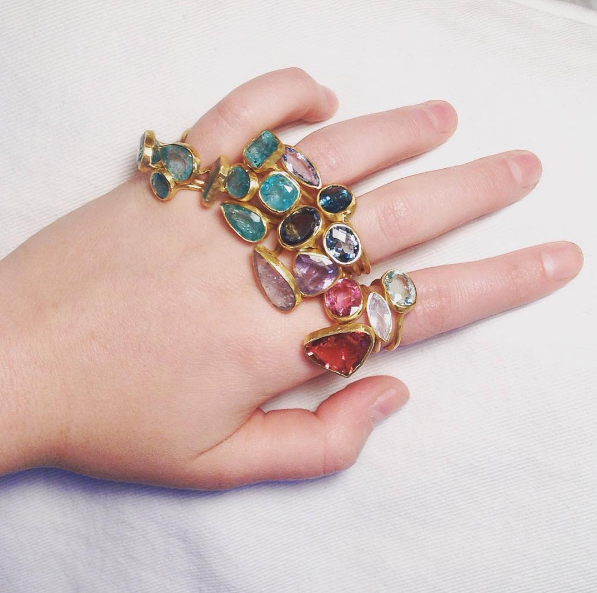