Talk: “Conversations: Among Friends, Featuring Sam Gilliam and Jonathan Binstock” at MoMA
Jonathan P. Binstock, the University of Rochester gallery curator and former Citi Bank advisor guru, will sit down with legendary Washington Color School painter Sam Gilliam in the latest installment of an ongoing series of talks, “Conversations: Among Friends” in MoMA’s Celeste Bartos Theater.  My presumption? That these gentlemen are actually friends in real life, and that they’ll present a relaxed and informative discussion on Gilliam’s 50-plus years of innovative abstract painting. The talk, which is presented by The Friends of Education of The Museum of Modern Art, will be followed by a small reception where you can meet the artist and curator while you munch on some catered fare from Settepani.
MoMA, 11 East 53rd Street, New York, 7 p.m., Tickets: $35 general public, $20 members, $12 students

Opening: “Antonio Lopez: Future Funk Fashion” at El Museo del Barrio
The Puerto Rican-born fashion illustrator Antonio Lopez (1943-1987), who made art for Vogue, Harper’s Bazaar, Interview Magazine and other publications over his life span, is the subject of what is sure to be an enjoyable and educational show, curated by Rocío Aranda-Alvarado and Amelia Malagamba-Ansótegui. With both of his parents working in fashion, Lopez couldn’t help but focus his drawing talents towards the industry. But the illustrator was also something of a visionary, bringing the style of ethnic women in America and around the world to the forefront of fashion for the first time. On top of that, he was clearly a likable fellow, having supposedly discovered Jerry Hall, Grace Jones and Jessica Lange, among other fashion world-famous fashion models. The exhibition will break down into themes focusing on the artist’s fashion illustration, his relationships with noteworthy models, his shoe and jewelry designs, and his own artworks of people from the streets of New York City.
El Museo del Barrio, 1230 Fifth Avenue, New York, 11 a.m.-6 p.m.

Opening: “Melissa Brown: Past, Present and Future,” “Record Lines This Summer” and “Aaron Aujla: Library Dest at the Punjab University” at Magenta Plains
This newby gallery appears to be doing something right, offering three quality openings at both their Allen and Orchard Street locales in the same week. Aujla’s single-artwork exploration of the aesthetics of post-revolutionary India is a re-construction of a modernist desk from the era, surrounded by swatches of Indian carpets made today. Meanwhile, Brown will display double-sided paintings on aluminum that relate to the three meditations of Tarot readings which also relate to the artist’s ongoing interest in decisions based on chance. And finally, a group show curated by downtown doyenne Ellie Rines will feature a fine collection of talented young New York-based artists, including Zach Bruder, Dan Herschlein, Denise Kupferschmidt and more.
Magenta Plains, 94 Allen Street and 95 Orchard Street, New York, 6-8 p.m.

Opening: “New York Academy of Art 10th Annual Summer Exhibition” at Flowers Gallery
Juried by Ken Johnson, art reviewer for the New York Times; Helen Toomer, director of the PULSE Contemporary Art Fair; and Matthew Flowers, Flowers gallery owner; this show of New York Academy alumni, faculty and students should make for an eclectic mix of painting, drawing and sculpture. Subjects include everything from landscapes to nudes to portraits, all crafted with the intensive training in representational art making favored by the academy. It’s also a good opportunity to see students and their teachers hang side by side—a living lineage of art, if you will.
Flowers Gallery, 529 West 20th Street, New York, 6-8 p.m.

Opening: “K8 Hardy: Aunt Margie” at Strap-On Projects
New York artist K8 Hardy, who rarely disappoints with her performance-based works, will present a new exhibition at Company gallery’s offshoot space on Canal Street. Questions abound here: Is the Aunt Margie in question an assumed identity (something Hardy does in many of her works) or is her real aunt involved? The only way to know for sure is to go check it out.
Strap-On Projects, 255 Canal Street, 2nd floor, New York, 7-9 p.m.

Opening: “Me, My, Mine: Commanding Subjectivity in Painting” at DC Moore
Curated by the accomplished painter Carrie Moyer, this show gets down and dirty with a large aspect of the art world’s newfound fascination with figurative painting: the subjective as seen in representational painting. According to this show’s concept, anxieties and obsessive predilections are two of the major root causes of artists wanting to go H.A.M. on their subjects with regards to excessive patterning, obsessive surfaces and excruciating detail. The show features the serious painting talents of Nadia Ayari, Ginny Casey, Geoffrey Chadsey, Sharon Madanes, Julie Ryan, Michael Stamm and Peter Williams, and it should offer a window into the mindset of artists working in today’s bizarre simulacrum of life.
DC Moore, 535 West 22nd Street, New York, 6-8 p.m.

Reading: “Rene Ricard book launch” at Mast Books
What fun! The late great poet, painter, art reviewer and man about town Rene Ricard will have his work read by celebrated writers Glenn O’Brien and Luc Sante from a new book titled Rene Ricard, Notebook: 2010-2012 at Mast Books on Avenue A. Published by Mörel Books, this tome offers rare access to Ricard’s methods and includes drawings, rough drafts and notes alongside the New York legend’s poetry. The notebook was created as a work in and of itself, so it’s exciting to see it reproduced in its exact format. Sounds like a great splurge to us.
Mast Books, 66 Avenue A, New York, 6-8 p.m.

Screening: “Frederik” at On Stellar Rays
Curated by Kristen Wawruck, this collection of 16mm short films by artist Rita Sobral Campos is part of an invented and ongoing narrative by the artist that revolves around the character Fredrik and her encounters with five “Heresies.” Accompanied by cellist John Kofol, Campos’ words and shapes commingle on the screen while borrowing from the realms of physics, science and history. Put together, they create a beautiful and enigmatic symphony of line, color and sound that should make for an enjoyable way to pass an evening.
On Stellar Rays, 213 Bowery, New York, 7 p.m.

Screening: “Edited at EAI: Artist to Artist” at Electronic Arts Intermix
EAI has helped countless artists over the years through their editing facility, which comes complete with hired artists ready and willing to help other artists fulfill their video dreams. This screening will feature works from the mid-1990s to the mid-2000s by a group of artists—including Cheryl Donegan, Ursula Hodel, Nam June Paik, Carolee Schneemann, and Michael Smith—who were all edited at EAI. The works will be shown alongside the films of Robert Beck, Seth Price and Trevor Shimizu, three artists that worked as editors at EAI. It’s an interesting study of how artists glean knowledge in the digital arts, but also of how the digital art community’s artists are invested in passing on that knowledge to other digital artists.
EAI, 535 West 22nd Street, New York, 6:30 p.m. Tickets: Free for members, $7 general admission, $5 for students, rsvp at info@eai.org 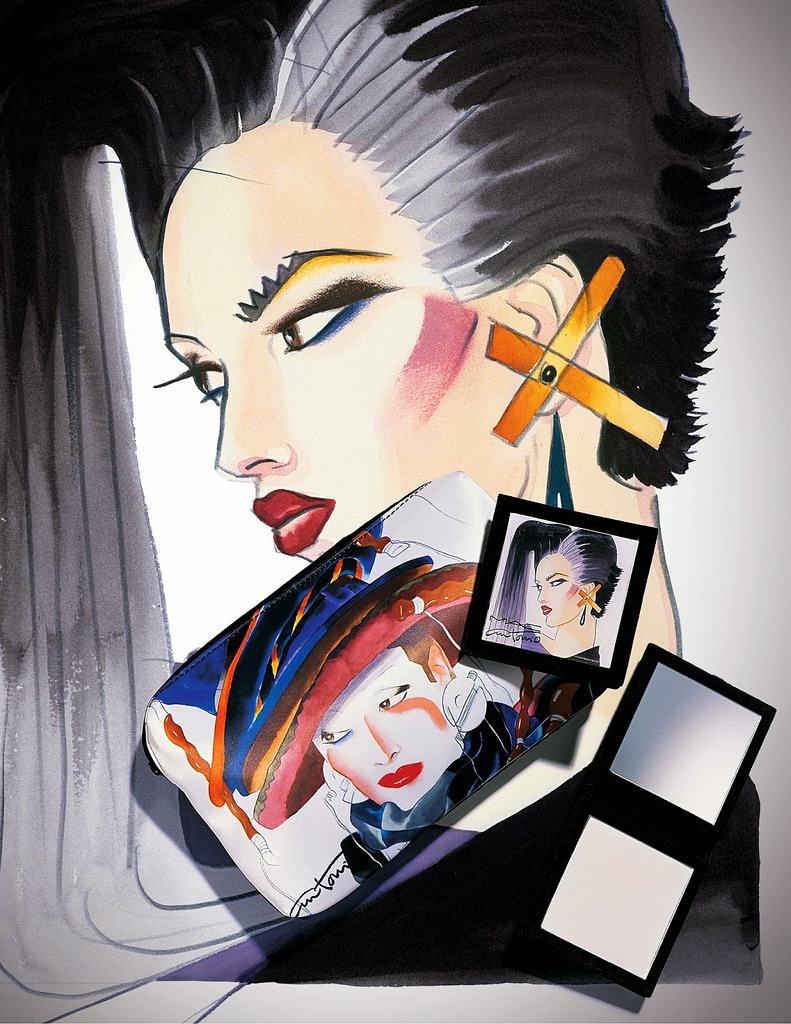