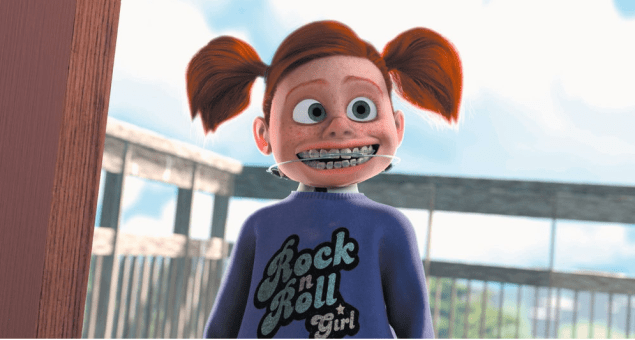 Hello, it’s me, Darla, the brace-faced, redheaded Australian girl from the original Finding Nemo, and, now that I am in my early twenties, I think it’s time that we talked.

As a child, I was hyperactive and excitable, which I hardly think is a crime. Children are often rambunctious, and my zest for life may have had some unfortunate side effects. Yes, I did accidentally kill several fish by vigorously shaking their bags, but look me in the eye and tell me what a great pet-owner you were when you were eight.

Imagine that all of your awkward adolescent moments were a part of a Pixar classic, virtually guaranteeing that your growing pains were immortalized in everyone’s childhoods. You accidentally eating a glue stick isn’t in A Bug’s Life, is it? There’s no scene in Cars where you break a lamp and blame it on your little brother. But me being a brat is in Finding Nemo forever.

I am not making any excuses for my behavior. Sure, I had a crazy amount of headgear for a child, and that made making friends hard. Simple braces would have been fine, but my uncle was a very eager dentist. Primary school was a living nightmare.

So yeah, I got excited when I was gifted fish, and I shook those bags. I shook those bags hard. I just wanted to play. It’s not my fault that my insane uncle kept giving me fish after I would immediately murder them. He also took photos of my dead pets and me, and then framed those photos and put them up next to the fish tank. That’s crazy.

I’m realizing now that a lot of my anger comes from my Uncle P. Sherman.

On that fateful day I got Nemo, I was finally happy. It was my birthday. Nemo would be my friend. Then a grizzled Moorish Idol fish catapulted into my hair while a goddamn pelican flew through the window and knocked my uncle out. Nemo flushed himself down a sink rather than be my friend. Do you know traumatizing that is?

I hardly believe that makes me a villain. How could I have possibly known that the fish I had was on an epic quest to reunite with his father? You’re telling me you can look into every koi pond and know the intricate backstories of each fish? Grow up.

This stigma has followed me my whole life. Yes, I now have perfect teeth, but people know Darla when they see her. Every time I go near the ocean, everyone is all “watch out!” like it’s first time I’ve heard that. Do you know how hard it is to avoid fish in Australia? You can’t.

The worst part is that the music from Psycho still plays every time I enter a room. I’m in college now. It is so mortifying to rush a sorority when the screeching Psycho violins blare every time I exit the bathroom.

I’m not asking for much. I just want people to give me a chance and not judge me based off of my depiction as the most evil eight-year-old of all time. Maybe I deserve it all, you know? Maybe I am a monster. Maybe I am a piranha. I was bad to those fish. I liked to tap on the glass. But if tapping on the glass is enough to make you one of the all-time movie villains, then who among us are spared? 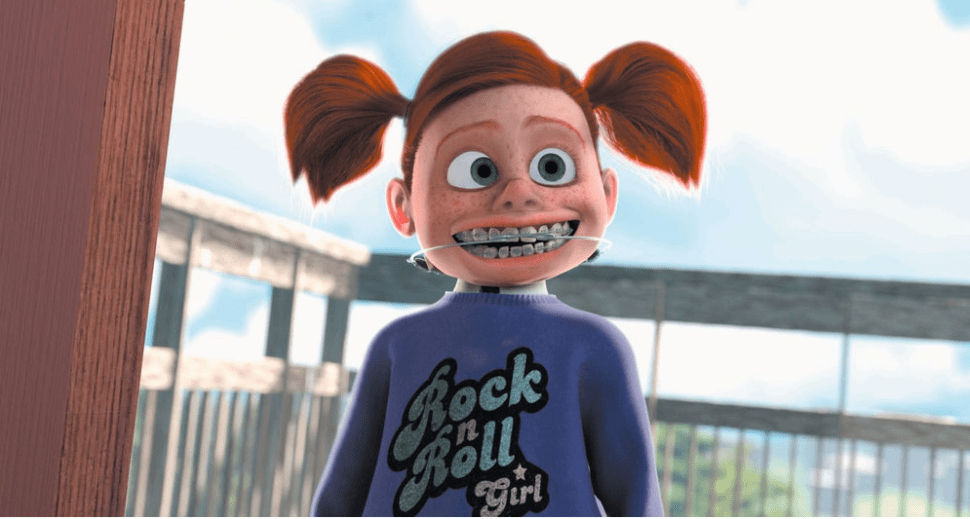