Previously on “A Quick Word From”….

In the past six years, I have seen two kings killed, a handful of men and their separate armies try to overthrow the government and die, countless cities conquered, and thousands of civilians murdered, so when I hear that viewers are complaining that things are moving too slowly, I’m not exactly sympathetic.

My name is Sybil, and I am a peasant in Westeros. I am originally from the North, but let me tell you: it’s a real nightmare up there right now. Like, just a huge mess. The Starks have either all died or gotten really sad. The Boltons and Freys took over out of nowhere and have been real jerks about it. Now I am hearing rumors that Jon Snow and Sansa Stark-Lannister-Bolton are coming back? This all happened in five or six short years. Guys, that’s a lot, and it is exhausting.

And apparently that is not enough for you viewers. The show is “too slow” and “something better happen soon.” Please, please stop saying that. I beg you. If you want something exciting to happen, my head will end up on a spike in an establishing shot. Let’s all just relax for a minute.

Things have been moving plenty fast. I can barely keep up. I don’t even know what religion I am supposed to be anymore. I think I worship a sparrow now or something?

Look, I get it, Game of Thrones is exciting and thrilling when these big moments happen. The “Red Wedding”? A bunch of aristocrats died, and that was great! But you know what comes after stuff like that? Lots and lots of peasant killing. These armies are not nice, and “killing nameless women” has become a shorthand for “don’t root for these guys,” and I do not need that in my life. I have ten to twenty kids to support, depending on who has died in the past week.

I need a break. And not a year between seasons break, but a thirty year period of diplomatic peace. Is that too much to ask for? I am sorry if that’s boring television, but no one was clamoring for war to break out on Frasier, and that ran for eleven hilarious seasons.

There is no more terrifying sentence in the English language to me than “ugh, they are just setting for next week.” Oh God, what horrors will next week bring? Another assault on Kings Landing by green fire? A group of guys on horses killing peasants for setting up a church for some reason? A sadistic monster with daddy issues hanging my body from a rock for the sake of atmosphere?

Everyone is just popping back up again. You know who doesn’t get to come back to life? Whore #2, that’s who, and Whore #2 was my best friend.

Now I’m hearing that the rules of death barely apply to the leads of the show anymore. Everyone is just popping back up again. You know who doesn’t get to come back to life? Whore #2, that’s who, and Whore #2 was my best friend.

I don’t think anything bothers me more than when I learn that viewers are upset that a lady with dragons hasn’t come from across the sea and tried to attack us all yet. That’s so rude. I don’t spend my Monday mornings complaining that your neighbors from the apartment down the hall haven’t attacked your living room yet. I hope the dragon lady keeps getting delayed forever. You know, so I can continue living.

Also, “nothing happens” on this show? I was recently laid off from a farm outside of Kings Landing because my back is too hunched. That’s gritty. That’s real. Where’s my episode? Guess the plight of a working woman is not sexy enough for you, huh? Typical.

And you’re going to groan when you see that the show is hanging out in Dorne again this week? Me, I love Dorne. Every minute we spend in Dorne is another minute I get to be alive in King’s Landing. If it were up to me, Game of Thrones would be all Dorne all the time.

So viewers, I’m sorry that you don’t have something to talk about at the cooler. I’m sorry the White Walkers are not progressing fast enough and killing me and my entire family. But if everything that has happened in Westeros in the past couple of years happened in your world, “pacing issues” would be the furthest thing from your mind.

As for the Song of Ice and Fire books? George R.R. Martin, I actually think you need to take even more time for yourself. 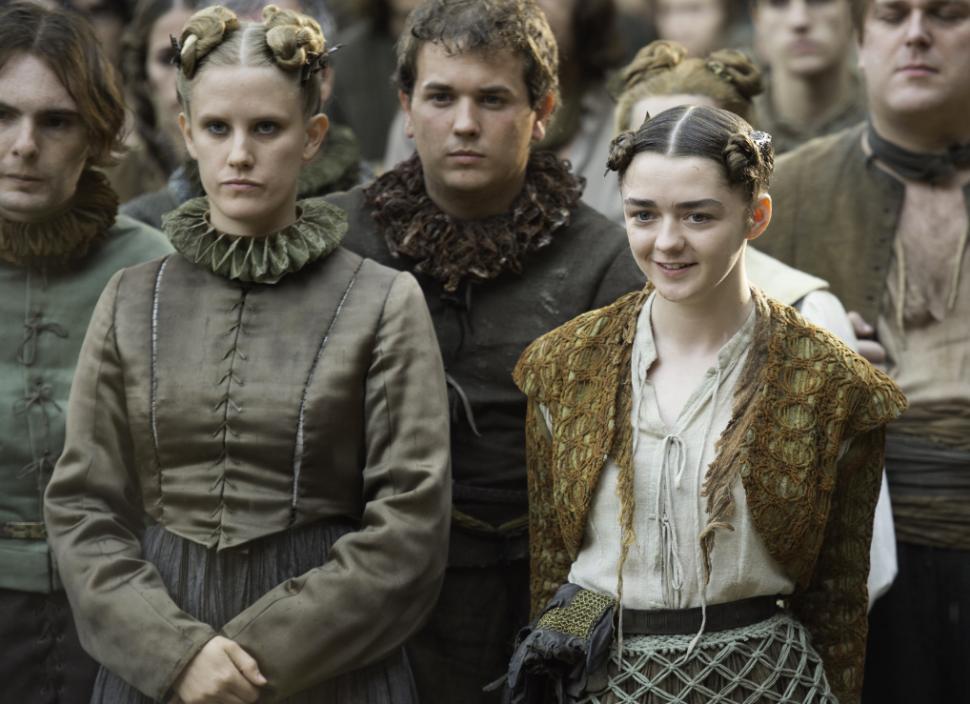 Filed Under: TV, TV, recap, Game of Thrones, A Quick Word From