I would like to reflect on the loss of an extraordinary television program that offered a glimpse of a long-gone Manhattan, a dirty Eden that existed before the glitter of gentrification or the grotesqueries of terrorism.

Every week, this series portrayed a New York that was gritty and gray. The starless night, never silent, was punctuated by police sirens and the howls of the dispossessed; and remarkable characters, shifty and tragic, bittersweet or just bitter, could be found in every doorway, from the shadowy alleys of the Bowery to the smoky, fallen piles of timber and brick that used be the palaces of the Grand Concourse.

After watching, we would all gather on Facebook and say, “Now, that was New York City, my friend.” The directors artfully wove real-life events into the show’s narrative: gang violence in Brooklyn, paralyzing traffic in Harlem, a hold up in the Bronx, a lost child in Queens, the arrival of a great dignitary into one of the legendary city’s airports. And although it’s gone, fortunately I am able to watch Car 54 Where Are You frequently on cable television.

I also understand that HBO’s Vinyl has been cancelled.

Most significantly, the premature cancellation of Vinyl means that we will never get to see the dramatic episode that ends with these hushed words: “The Nasty Bits plane was shot down over the Sea of Japan. It spun in. There were no survivors.”

But there were a lot of things to like about Vinyl. No, really.

Bobby Cannavale was a vigorous and powerful actor who deserves to be a star (even if his coke faces come strictly from the “Charleeee, they took my thumb!” school of acting), and Ray Romano consistently delivered sensitive, powerful and naturalistic performances that could re-set his career.

Juno Temple worked miracles with a thinly written part, and Ato Essandoh, Jack Quaid, and P.J. Byrne did top-notch work in supporting roles (and both Andrew Dice Clay and Bo Dietl proved that they could really act). The set and location design were also first-rate, and the series’ soundtrack was surprising, energizing and thought-provoking.

So what possibly could have gone wrong?

In order to address that, let’s talk about The Godfather.

Like many males, I have spent an awful lot of time watching The Godfather. In fact, I bet if someone started a TV network that showed nothing but The Godfather and Scarface over and over and again, it would do extremely well. Think about it. You could be scrolling through the channel guide and thinking, “I don’t want to watch America’s Next Fish Guide, nor do I want to watch Herring Hunters, and I’ve already seen this episode of Where’s Yer Kipper, Guvnor? on PBS, but I can always watch The Godfather!”

You probably know that there is a small but important character in The Godfather named Johnny Fontane (portrayed by Al Martino). Fontane is a popular singing star in the era the film is set in. He is also the godson of Don Corleone. A significant facet of the film’s plot centers around the Godfather using his influence and power to intimidate a major film studio into casting Fontane in a career-making dramatic role.

The first Godfather film was made in 1972. At the time, Seals and Crofts were a successful singing act; their breezy, Mateus-and-hash slo-mo dishwater-beach pop exemplified one of the more gruesome shades of the early 1970s musical spectrum.

Now, what if director Francis Ford Coppola and producer Francis Ruddy decided, “Yeh, I know that Johnny Fontane is supposed to be a sharp, Italian, Sinatra-esque crooner, but I don’t see any reason we can’t just give the role to Seals and Croft. In fact, don’t even give ‘em a haircut. Just stick ‘em in there, and we’ll never bother to explain why these two accidents of a cruel Camaro-loving god are standing up there playing ‘Summer Breeze’ at an Italian wedding in the 1940s. Trust me, this will work.’ ”

If that improbable bit of casting had actually happened, it would have barely mattered how compelling The Godfather’s story was, or how majestic the acting was; people would have left the theatre thinking, “What was that ridiculous stringy lump of Mackerel turd? How can we seriously recommend to our friends any film that would have so little respect for itself that it would stick Seals and freaking Croft in the middle of the 1940s?”

AND THAT’S TRULY THE EFFECT THE NASTY BITS HAD ON VINYL, AND HOW LUDICROUS AND ANACHRONISTIC THEIR EDDIE MONEY-DOES-GREEN DAY-DOES “RADAR LOVE” ACT WAS.

Are the Nasty Bits why the show got cancelled? I can’t swear to know the true answer, but it certainly didn’t help. This abomination stunk up nearly every single episode of Vinyl, and demolished its carefully crafted period settings as surely as Seals and Croft would have annihilated The Godfather.

If the Nasty Bits had been a one- or two-scene experience, it wouldn’t have been so bad (no worse, say, than our inability to distinguish doomed Tessio in The Godfather from doomed Fish in Barney Miller). But that wasn’t the case.

The phony, anachronistic, unconvincing lie that was The Nasty Bits made Vinyl rotten from the inside.

It was like Andre the Giant and Wun Wun the Giant decided to have a “Who can eat 18 pounds of processed American cheese and crap out the biggest turd” giant turd-off, and both the winner and loser’s putrid, improbably gargantuan excreta landed right in the middle of Vinyl—and that excreta, possibly larger than a kickboxer’s entire leg, was the Nasty Bits.

Regardless of its many positive attributes, Vinyl had a suppurating, fetid hole right in the center of its narrative, something that stunk so much it can best be expressed not by words, but by doing a Google image search of “poop with stink lines.”

Why couldn’t someone stop this atrocity?

Who decided that the band who were meant to personify the punk-rock rebellion at the center of the whole friggin’ plot were going to be a resolutely oxymoronic group who were about as punk rock as 311 playing Alarm songs? Why couldn’t this have been stopped?

Mr. Scorsese, Vinyl got so many things right, how on earth did you get something so important so wrong? It’s like you cast Pamelyn Ferdin in Taxi Driver instead of Jodie Foster. Who in god’s name talked you into this?

And didn’t one single person point out that in a show filled with truly first-rate actors giving gnawing, emotionally resonant performances, it looked a little out of place that James Jagger was prancing around like a 10th grader in a high school production of Sweeney Todd, squawking away with an accent that sounded like Zach Galifinakis doing an imitation of a bad actor doing a bad cockney accent?

So farewell to Vinyl.

Next time I want to see a show set in a long-ago and far-away New York City peopled by freaks, failures, frauds and heroes, I will turn on the TV and happily mouth these words:

There’s a hold up in the Bronx,
Brooklyn’s broken out in fights.
There’s a traffic jam in Harlem
That’s backed up to Jackson Heights.
There’s a scout troupe short a child,
Khrushchev’s due at Idlewild
Car 54, Where Are You? 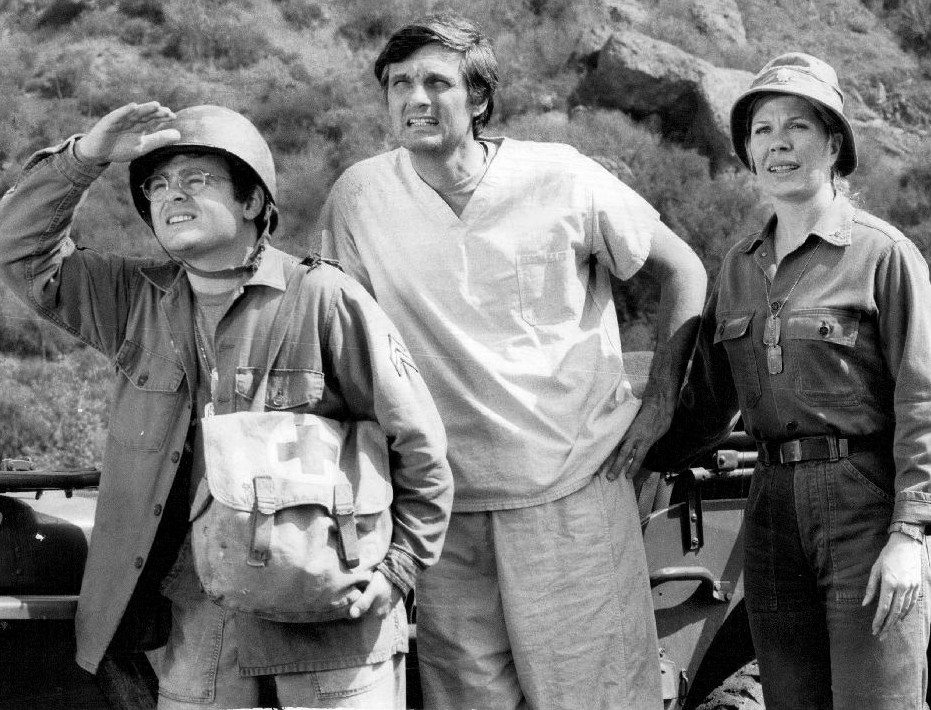