After meeting my friend Brent at the Cristin Tierney gallery in Chelsea (right on time for our 4:30 appointment) we walked in and got a tour of the MK Guth show “Shout, Recount, Get Drunk” from the gallery associate director, Candace Moeller.

It was sparse to say the least. A back room contained two small shelf projects with collected objects—pointed books, a banner, a camera—that represented two dinners “to plan a revolution to,” which will take place privately later in the exhibition. But Brent and I were there to participate in a different public performance by Guth, the exactly-as-it-sounds artwork titled Instructions for drinking with a Friend.

The instructions read as such: bring a friend to the gallery, sit across from each other at a table, choose a topic you rarely discuss, read a Charles Baudelaire poem together and then start drinking a (provided) bottle of whiskey.

The piece, which schedules daily drinkers throughout the run of the show, was made up of a few framed watercolors of whiskey bottles, a beautiful leather whiskey carrying case (emblazoned with the Walker Percy quote, “Bourbon does for me what a piece of cake did for Proust”), a single table, a handmade rulebook, two stools, two glasses, a bottle of whiskey, and—for an hour—us.

I was racking my brain for discussion topics when Brent started into one of his favorites: writers. “It’s funny [Guth] has a Walker Percy quote,” he said. “[Walker] has a notoriously terrible stomach, maybe from drinking whiskey.”

We rattled off the fairly depressing Baudelaire poem Get Drunk as quickly as possible and poured each other full glasses of whiskey, neat. We toasted and took a drink. I grimaced, but it tasted good. Brent agreed.

“So how about American History?” I suggested. “Nah that’s too boring.” Brent and I have been friends for over 12 years, so there aren’t many topics we haven’t discussed. “My dad’s the history buff, not me,” Brent said. “He was a Trivial Pursuit master.”

“Well you can’t just know history to win at Trivial Pursuit,” I pointed out. “You have to win at like six topics. Sports, entertainment…” That’s when we realized that we’ve rarely talked about sports over the years. The choice was made.

“Do you like rugby?” Brent asked innocently. “I don’t think so,” I said, though honestly I know very little about it.

We drank at a steady pace while comparing other sports: their pace, their popularity, their seemingly arbitrary rules and ways to cheat at them. After realizing that no one was filming us (or even really coming into the gallery) we loosened up a bit. Unfortunately, we soon realized that we rarely discuss sports for a reason. We got bored—fast.

Brent, having little on the line, kept veering off topic, eventually landing onto religious zealotry (we’re both from southern states).

“Pentecostal is the craziest,” I said confidently, now feeling the effects of a fully finished glass of whiskey. “And Baptist is the craziest ‘acceptable’ one.” Then Brent made a confession. “My parents took up religion later on in life. I even worked one summer at a Christian camp as a teen.” That surprised me. I thought I fully knew this guy by now.

We were finishing up our 2nd full glass of whiskey when Brent’s timer went off. We got up and shuffled over to the front desk and thanked Candace. We joked about scheduling another appointment for tomorrow, and then we walked out into the blazing afternoon sun.

“Want to go see some more art?” I asked Brent. “While we’re here and all?”

So we continued to drink at the nearby Half King, a go-to post gallery Chelsea bar. There we discussed, among other things, the artwork we just participated in. “The problem with performances like that is that it’s like a walled garden,” Brent said. “It’s like this perfect system inside, and even though you’re bringing in small parts of the ‘real’ world, you’re still in this walled garden, this controlled atmosphere.”

“Yeah,” I said. “It was just what we usually do—which is awesome—but artificially contextualized. I think you’re lucky if a recreation like that ends up being three-quarters as interesting as the real thing.”

We weren’t the first to ever question the authenticity of the white-walled gallery, of course, but it was funny how it colored the piece in our minds. It made me think of the David Hammons quote about how “doing things in the street is more powerful than art,” and while the whiskey was good, even the faux-pub atmosphere of the Half King was more enjoyable.

But what felt most important about the artwork was the chance it gave me to see someone I care about and to even learn a little more about him. If every participant in the piece was touched in this way, even just a little, then I suppose you’d have to call Instructions for drinking with a Friend a success.

“Shout, Recount, Get Drunk” by MK Guth is up at Cristin Tierney gallery through July 1st. 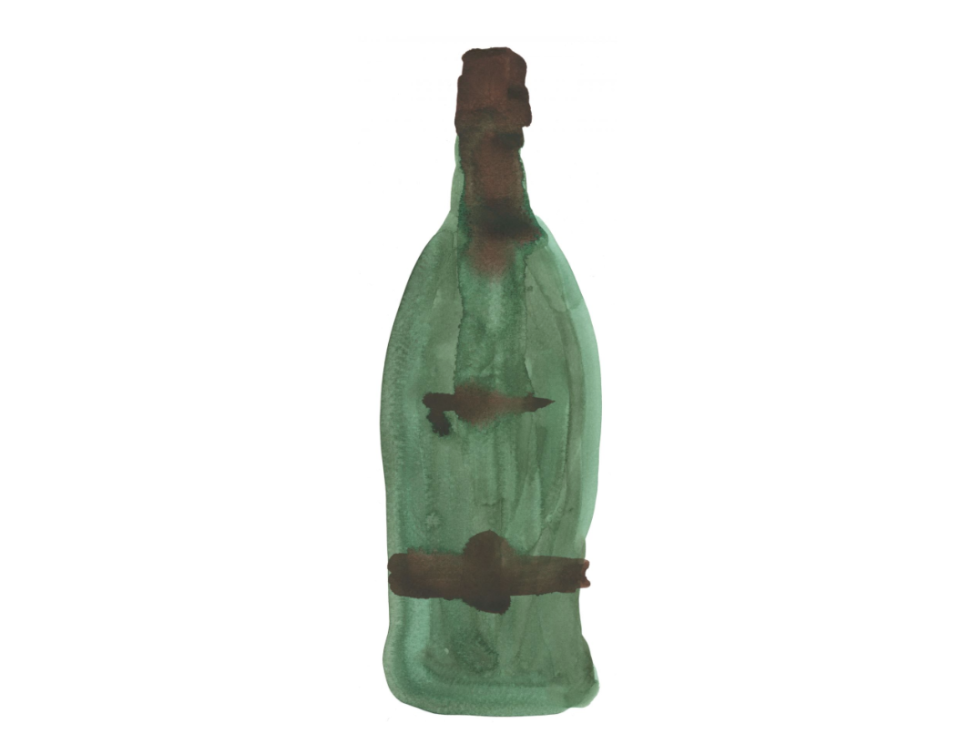