Following a Wednesday press conference where Atlantic City council president Marty Small announced his bill to cut two at-large council seats to save the city money, Small’s potential primary opponent for the city’s 2017 mayoral race is calling the move politically motivated. Councilman Frank Gilliam intends to vote against the measure when the council considers it in a special session this afternoon.

Small said yesterday that cutting those seats would save the city almost $500,000 over four years. Though Small called the move a show of good faith from the council during a time when everyone will be feeling the hurt from the $80 million Atlantic City needs to cut from its budget before October to prevent a state takeover, Gilliam argued that it would disenfranchise voters.

“If thousands of voters actually elected us to basically be at-large representatives for them, then why is he basically taking it upon himself to reduce those people?” Gilliam said. “I think that there’s a political play behind this.”

Gilliam, who has opposed Small along with the other two at-large councilmen on contentious votes like an unsuccessful measure to privatize the city’s authority, said that he expects the bill will succeed in council but fall flat when it goes to Trenton. He favors going back to a commission form of government, where commissioners oversee departments without the need for directors.

That change, he said, would save the city more money. To change the make-up of Atlantic City’s council, which currently has six ward councilmen and three at-large representatives, both houses of the legislature and the governor would have to approve Small’s bill.

“It’s likely that the wards are going to stick together on this one,” he said. “The beauty of this is that doesn’t just stop with council’s decision.” 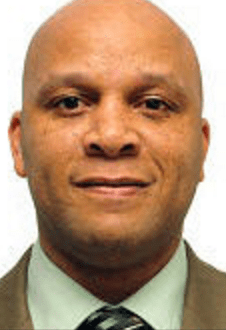