Last weeks  British voters went to the poll and elected to leave the EU, prompting several explanations to try to explain the shocking outcome. Many of these explanations have focused on the stagnant economy for many there, while others have focused on nationalist and anti-immigrant sentiment in the UK that, in some cases, spilled into racism. While there is some truth in all of these explanations, there is another component to consider—the expression of political opportunism through political theatre.

Boris Johnson, the former mayor of London, and current Conservative MP, was one of the most visible and ambitious leaders of the Brexit movment. Nigel Farage, the leader of the nationalist UKIP Party was the prime political mover behind the referendum, but without the support of more mainstream political figure like Mr. Johnson, Mr. Farage’s endeavor would have had little chance of success. For Mr. Johnson, Brexit was, to a very significant extent, a way to upend the Conservative Party leadership, damaging an already weakened David Cameron and providing Mr. Johnson with a chance to become prime minister.

Mr. Johnson channeled his opportunism into political theatre by making an emotional appeal that blamed the UK’s economic and other problems on European policies and bureaucrats, while promising a rosy future for the post-EU Britain. The most recognizable element of Mr. Johnson’s political theatre was his bright red “Brexit Bus” emblazoned with the slogan, “We send the EU £350million a week—let’s fund our NHS instead.” This bus served as the visual centerpiece of the Brexit campaign. The slogan was concise, powerful and empirically false, but in theatre, as opposed to say policy making, that third characteristic is less important.

The problem for the UK is that the curtain rose and people began to realize it wasn’t all make believe. Almost immediately after the votes were counted, regret set in, even among some who had voted to leave the EU. Even Mr. Johnson evinced some of this sentiment during what should have been a triumphant victory speech when he noted “we cannot turn our backs on Europe. We are part of Europe. Our children and our grandchildren will continue to have a wonderful future as Europeans, traveling to the continent, understanding the languages and cultures that make up our common European civilisation.” This was a very odd comment to make for a man who had just spent months campaigning to take his country out of Europe.

Ironically, the Brexit vote will probably not catapult Mr. Johnson to the Prime Minister’s seat; the backlash against conservatives could be severe at the next British general election if Mr. Johnson leads the Tories.

Anybody watching American politics closely, or even not so closely, can see some parallels between the Brexit campaign and Donald Trump’s campaign. Both rely on populist sentiments to appeal to white voters, many of whom are in bad economic shape. Both are a reaction to an increasingly diverse country and interdependent world, and both implicitly yearn for a whiter, more Christian time. Similarities between Mr. Johnson and Mr. Trump, are also hard to miss, but easy to overstate. Significantly, Mr. Johnson, unlike the GOP nominee, has years of experience in government, has not demonstrated a principled ignorance on policy questions and is a public intellectual who has written numerous books and articles.

Despite these differences, like Mr. Trump, Mr. Johnson understands political theatre and a larger than life public persona. Now the British are choosing between economic uncertainty and perhaps crisis or awkwardly backtracking and somehow not implementing the referendum. This may be a timely reminder to the American electorate that yelling that everything is broken and embracing erratic leaders with poorly thought-out policy proposals makes for good theatre, but not such great public policy. 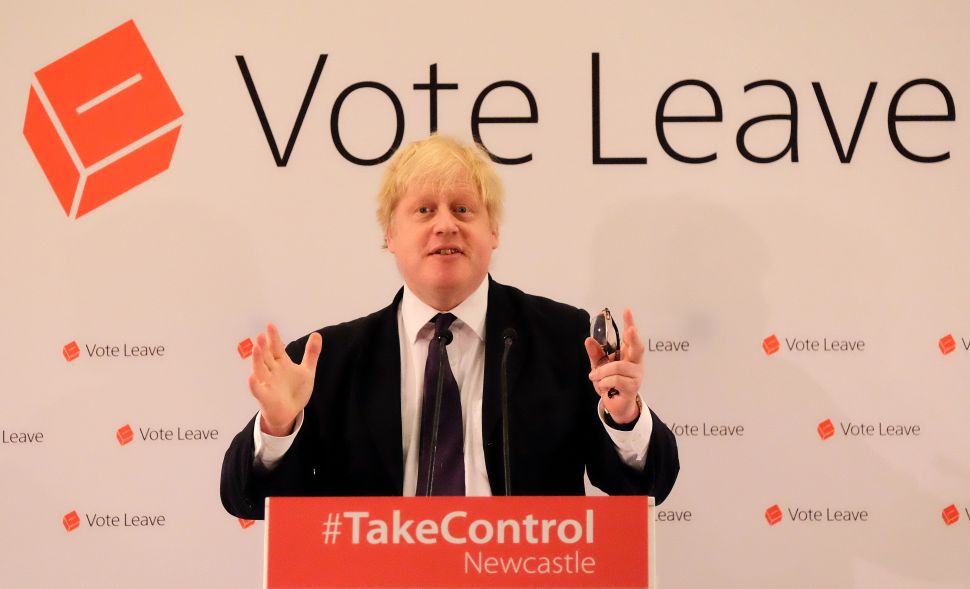