At 5:21 p.m. on a bloody Sunday, Fox News anchor Jon Scott played a clip of President Obama’s reaction to the massacre of at least 50 persons and the wounding of 53 others in a gay bar early Sunday morning in Orlando, Florida

“This was an act of terror,” the President said, in part. “And an act of hate.”

When it ended, Mr. Scott said: “And, in response, there is a new statement from Donald Trump.”

But for the next 59 minutes, Fox said nothing more about it. Where were the words of Mr. Trump, the presumptive Republican candidate for president?

On MSNBC, at about the same time, there appeared an American Muslim woman named Linda Sarsour, the executive director of the Arab-American Association of New York.

She wore a head scarf on camera and was asked if politicians would capitalize on the attacks by a Muslim American man with an assault rifle.

One of them read: “Appreciate the congrats for being right on radical Islamic terrorism,” Mr. Trump wrote on Twitter. “I don’t want congrats. I want toughness & vigilance. We must be smart! “

“It started,” she said. “The GOP presumptive nominee, Donald Trump, is already using this to his advantage.”

But what about the Fox coverage?

Were the producers having second thoughts about the incendiary and self-serving comments of the real estate tycoon who often goes off half-cocked? Finally, at 6:20 p.m. the right-wing network showed only part of what Mr. Trump had been saying all day on Twitter and in a formal statement on his web site.

“In his remarks today, President Obama disgracefully refused to even say the words `Radical Islam,’” Mr. Trump said in a Twitter message, shown on screen by Fox. “For that reason alone, he should step down. If Hillary Clinton, after this attack, still cannot say the two words `Radical Islam,’ she should get out of this race for the presidency.”

That was bad enough. But Fox – and the other networks — avoided Mr. Trump’s most gratuitous statements that smacked of gloating “I told ya so.”

One of them read: “Appreciate the congrats for being right on radical Islamic terrorism,” Mr. Trump wrote on Twitter. “I don’t want congrats. I want toughness & vigilance. We must be smart! “

He went on his web site to revive his crusade to ban Muslims from entering the United States.

“I called it and asked for the ban,” Mr. Trump wrote. “Must be tougher .  . . We cannot have Hillary as president. We will be in so much trouble . . . Our leaders are weak. I said this was going to happen and it’s only going to get worse . . . we cannot afford to be politically correct anymore.”

In most news cycles, Mr. Trump can overwhelm the events of the day with his bombast and insults.

But not this time. There were too many facts to report, too much new news, to waste too much time on the man some of his fellow Republicans call a demagogue, a bigot, a misogynist and a con artist. Even with CBS, NBC and ABC joining Fox, CNN and MSNBC, Mr. Trump’s name was rarely heard.

Because the attack began shortly after 2 a.m., most people woke up to the news. The killer, Omar Mateen, is the American-born son of immigrants from Afghanistan. After beginning the slaughter, he called 911 and praised ISIS even as he held hostages.

Most of the networks reported this as well as revealing that he beat his former wife and hated homosexuals. His wife, and a former co-worker, both told reporters he might have been mentally ill.

Early in the 8 p.m hour on CNN, Sitora Yusufiy – his ex-wife – said her family rescued her from him seven years ago.

“He was bipolar,” she said. “He was mentally unstable and mentally ill . . . He would express hate toward everything.”

In the 9 p.m. hour on Fox, a former co-worker named Don Gilroy told Megyn Kelly by telephone the killer was “unhinged.” They both worked for a security firm.

“It was constant,” Mr. Gilroy said. “Anger and rage. He was always loud and cursing . . . it was toxic. He started stalking me.” Mr. Gilroy quit his job to get away from him.

If you watched enough channels for enough hours – someone has to do it – there were moments of heartache.

One came at 9:03 p.m. when CNN showed an exchange of text messages between a young man in the club and his mother that began at 2:06 a.m.

“In club. They shooting.”

The exchange went on for the better part of an hour. The mother told the son (neither were identified) that she called police. She begged her son to answer his phone.

CNN said there was no knowledge yet as to the outcome of this particular victim’s ordeal.

On Fox, most guests found reason to blame President Obama for not killing more terrorists.

As the morning turned to afternoon, ABC, NBC and CBS went back to regular programming. On MSNBC and CNN, the drift of conversation was toward labeling this both a hate crime against gay people during what is called Pride Month as well as a terror attack with a religious component. On Fox, most guests found reason to blame President Obama for not killing more terrorists.

You could tell by the way Fox reporter Kristen Fisher framed the President’s speech before he arrived.

“The big question is going to be how much of a connection does this president make between the shooting in Orlando and radical Islamic terrorism?” she said. “Or, `violent extremism,’ as this president likes to call it.”

On CNN at 4:27 p.m., one of the most poignant scenes was an interview between reporter Nick Valencia and a club-goer named Andy Moss, who was there with a friend. Mr. Moss escaped; he couldn’t find his friend.

“I don’t know where he is, I don’t know what his status is,” Mr. Moss said while choking back sobs. “He’s not answering the phone.”

Asked by Mr. Valencia what he would say to his friend if he was listening, Mr. Moss replied: “You’re my best friend. No bullet can break our friendship.”

When the interview ended, Mr. Valencia put aside his microphone and gave Mr. Moss a long hug. 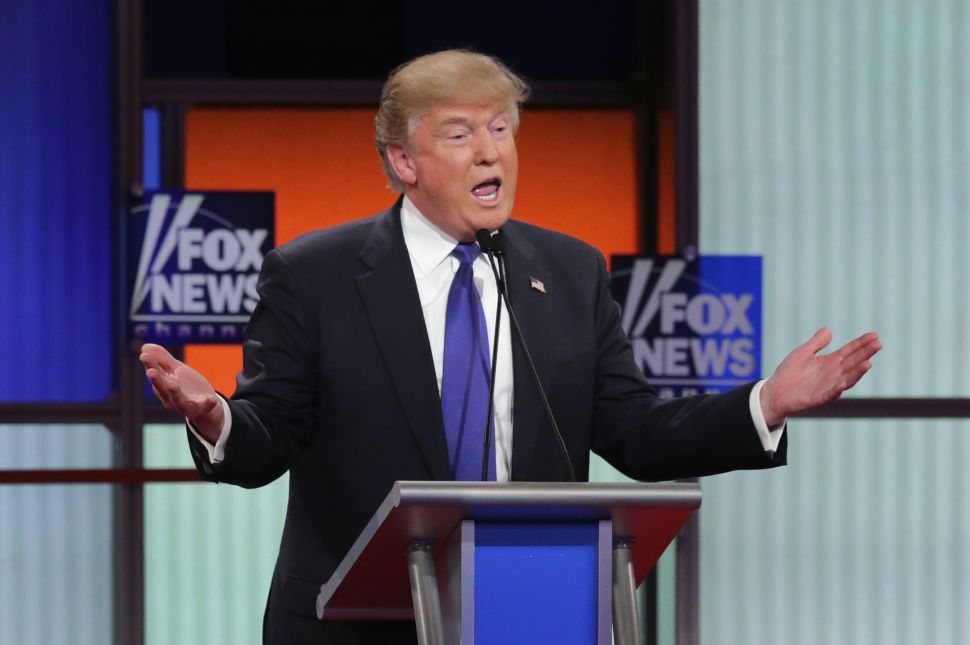