Tuesday’s congressional primary came with some clear winners–hello, Rep. Carolyn Maloney–and some unpredictable clashes that set the stage for the general election. Democratic incumbents in deep blue territories kept their seats and will have an easier time in November, but those who remain face a tight battle as voters decide how they will shape the balance of power in the House of Representatives. The ramifications of Donald Trump’s candidacy will be tested in districts not safely in partisan territory. (New York Times)

One small step for Espaillat, one giant step for Dominicans everywhere. Holding an enormous lead over his opponents, State Senator Adriano Espaillat declared victory at the Democratic primary on Tuesday, positioning him to replace longtime Representative Charles B. Rangel as the first Dominican-American elected to Congress. With a lead of more than 1,000 votes over Assemblyman Keith Wright, Espaillat is projected to win the district that covers Harlem, a neighborhood that has not seen a non-black representative in several decades. (Observer)

A nine-year-old boy in the Bronx tried to hang himself because he didn’t want to share his candy with his siblings, police said on Tuesday. Sources said the boy’s mother told them her son went into his room in a huff on Monday when he was told to share his candy. When she later called him and he didn’t answer, she walked in to find him hanging from a white shoelace. He was then rushed to Lincoln Hospital, where he is listed in critical but stable condition. (New York Daily News)

On Tuesday Port Authority police busted six drivers who owe more than $200,000 in unpaid tolls and penalties at the George Washington Bridge. The alleged cheats were caught between 4 AM and 8:15 AM trying to sneak into Manhattan from New Jersey—they used tricks like defaced or missing license plates to avoid paying tolls. One driver owed nearly half the sum by himself. (New York Post)

Performance artist Reverend Jen Miller was evicted from her Lower East Side apartment, also known as New York’s only troll museum, on Tuesday. Miller, known as “the Elf” in the art community, received a visit from a city marshal informing her that her landlord was evicting her from her apartment, and in a tense encounter, she was physically removed from her home. When the court granted her access to the apartment on Tuesday to remove her possessions, neighbors and fans stopped by to pack two decades of troll dolls, art and knickknacks into plastic bags. “I have no fucking idea where all this is going to go,” Miller said. (Gothamist) 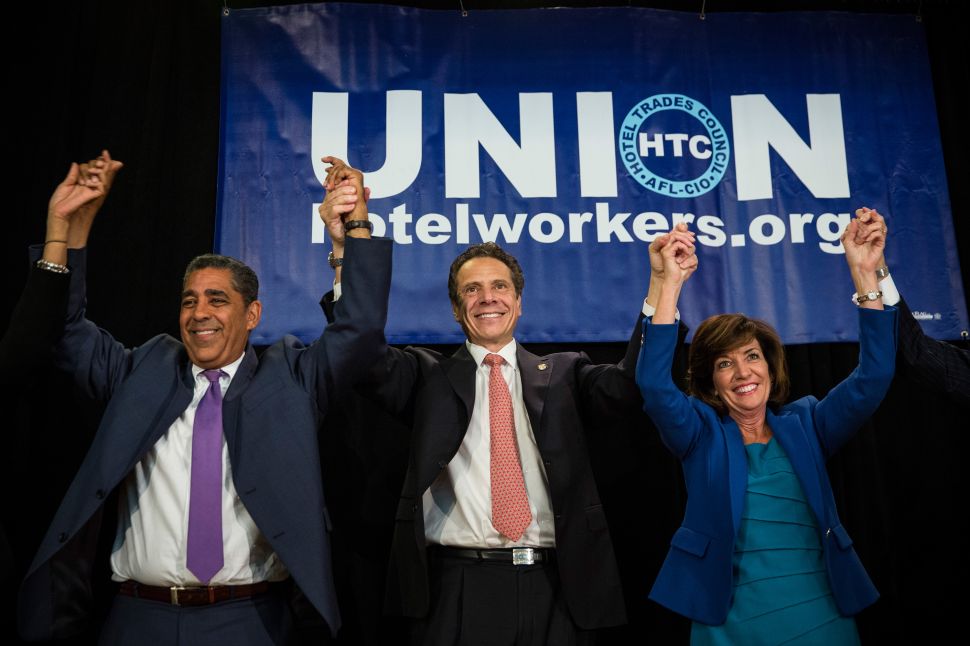