Thousands of New Yorkers took to Stonewall last night to honor victims of the Orlando shooting. The rally, organized by the Stonewall Democratic Club, featured LGBT and guns control advocates, as well as elected officials from openly gay city council members to Governor Cuomo and Mayor de Blasio. A crowd member told the Observer, “I surrounded myself with my own people, and I felt better. These are all my people, whether they’re gay or straight.” (Observer)

A customer at Zabar’s ordered his bagel with a bang this morning, accidentally shooting himself in the leg at the Upper West Side supermarket. The man, whose gun had been tucked inside his waistband, took off running down the street. He later checked into Mt. Sinai Roosevelt Hospital and is now in police custody.  (Daily News)

The NYPD rescued a red tail hawk (appropriately hashtagged by the NYPD’s 19th precinct as #RedTailHawk) yesterday after it became stuck in a glass window on East 69th Street. Nearby tenants called the cops after seeing the shattered glass and members of the Emergency Services Unit and the Animal Care Center soon swooped in to help the bird. The 19th Precinct tweeted a video of the hawk’s release—proving that the bird was fit to fly another day. (DNAInfo)

LinkNYC is replacing pay phones across the city with kiosks that charge smartphones and offer free wifi. However, the company is struggling to address complaints that accuse the city’s of monopolizing and misusing the kiosks. One bystander noted, “I’ve been noticing homeless people hang out dancing in groups—dancing in front of it. It’s weird, and I don’t think it’s used for the right way.” (CBS New York)

Black Lives Matter lawyer Martin Stolar is fighting back against an agreement between the NYPD and Manhattan District Attorney’s office to prosecute summons cases for protesters. According to the Daily News, police are “fed up” with money the city issued protesters through lawsuit settlements, after their summons were dismissed. Now, the NYPD has sent a department lawyer to prosecute some of these cases, in some instances pushing protesters to admit police had probable cause to issue tickets. Stolar has filed a motion to stop the NYPD from prosecuting one of these cases, on the behalf of a Black Lives Matter organizer. (Daily News) 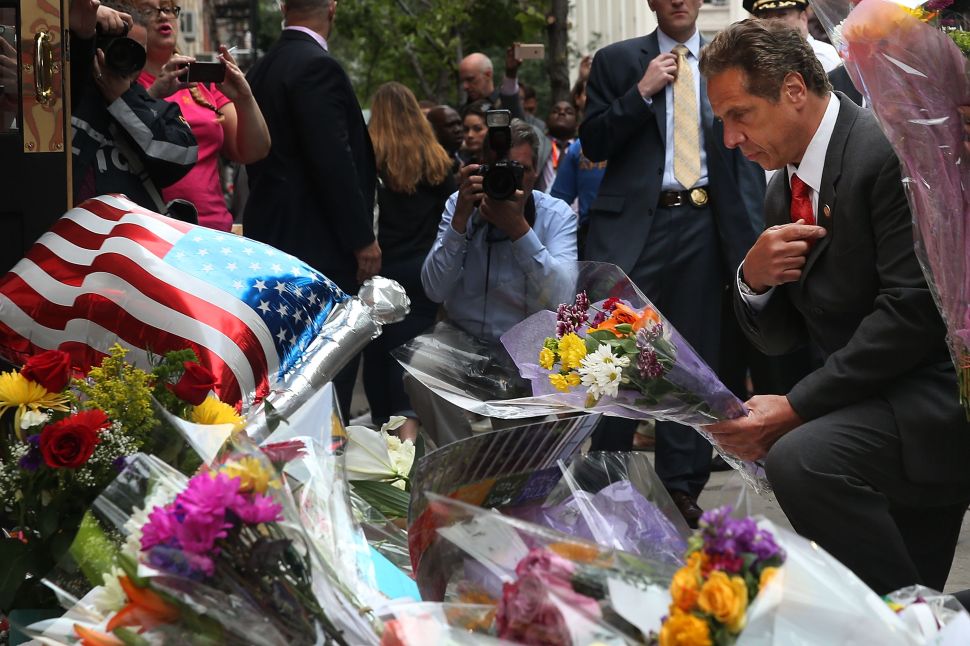